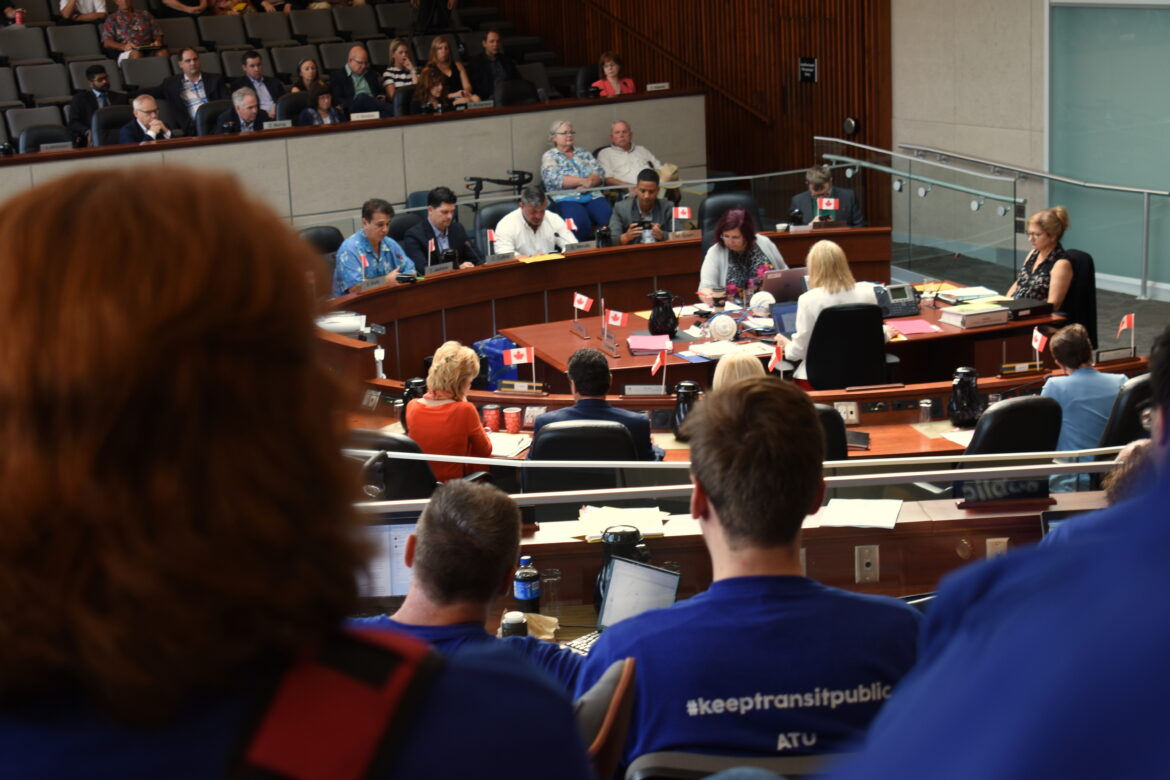 City Council could grind to a near halt on July 27 at 2pm when municipal nominations close.
Section 275 of the Municipal Act states that once it becomes certain that less than 75% of Councillors are returning in the next term, the current Council cannot approve any real estate transaction over $50,000 or make any expenditure or incur any other liability over $50,000.
In Hamilton, if 11 or less of the current members of Council are seeking re-election to their seats, Council becomes lame duck on July 27.
Already, we know that at least one Councillor will not be returning to their current seat. Ward 14’s Rob Pasuta’s current ward is eliminated, and he’s not running in the new West Mountain Ward 14.
If Pasuta seeks re-election in the new Ward 13, and current Ward 13 Councillor Arlene Vanderbeek also seeks re-election, it is known for the purposes of Section 275 that one of them will not be returning to Council.
It is very reasonable to assume either the Liberals or Conservatives will win the provincial riding of Flamborough-Glanbrook; meaning that either Ward 7 Councillor Donna Skelly or Ward 15 Councillor Judi Partridge will vacant their seats.
(Related article on how Council will need to fill the vacancy, and why its extremely unlikely they’ll appoint someone who seeks election in October)
This is already two of the five vacancies required to trigger Section 275 restrictions.
Asked two weeks ago about City Hall’s planning for a possible Lame Duck session, City Manager Chris Murray stated that plans were beginning to be made.
A few other municipalities have already implemented resolutions delegating authorities to senior staff.
Section 275 only restricts the actions of Council during a Lame Duck period; it allows Council to authorize the City Manager to exercise the full authority of Council provided a resolution delegating those authorities is passed prior to June 27.
Already, Councils in a few municipalities have passed resolutions delegating all Council powers to their City Managers including: Strathroy-Caradoc, St Marys, Smith Falls as examples.