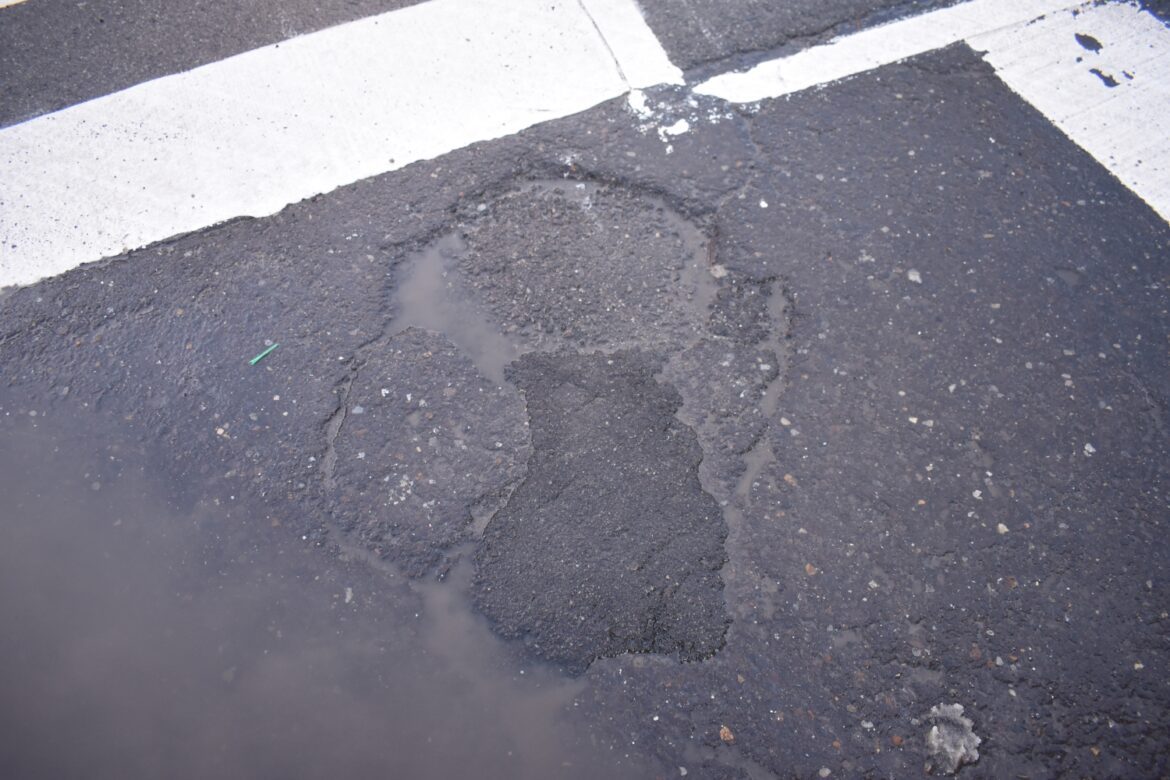 Hamilton City Councillors, in this election year, have dipped into the City’s reserve funds for $19.4-million dollars to give each Councillor $900,000 in one-time additional money to spend filling potholes in their wards, and $5.9-million in one-time funding for city-wide roads.
The reserve fund being used for this one-time spending presently has only $55-million remaining.
In order to maintain the City’s credit rating, the $19.4-million will be administered as a loan from the reserves and repaid over 15 years at a 3.1% increase rate for a total cost of $24.3-million.
The “loan” repayments will be funded by a 0.2% tax levy increase that will continue in perpetuity, City Council seeking to maintain a low tax increase in this election year.
Each Councillor will individually decide how to spend their ward’s $900,000 allocation.
Hamilton’s General Manager of Public Works Dan McKinnon states this year’s pothole problem is the result of a series of extreme temperature variation during recent winters and more “freeze-thaw cycles” that are causing roads to break up.
McKinnon told Council that staff may not be able to spend all the money this year as many road repairs require longer planning for utilities and traffic management.
Asked by Ward 10 Councillor Maria Pearson if “shave and paves” are available as a short-term solution for roads that have deteriorated, McKinnon says staff will be creating a list of roads to be done this year.
McKinnon says staff will be returning to Council to get a procurement exception to do work this year, he says staff feel they are getting a competitive price for the emergency Main West repairs and that he expects to get competitive pricing for further “shave and paves”.
Only one direct mention was made today of the City’s estimated $200-million per year infrastructure deficit. Pearson said Council may need to consider a permanent tax increase during the 2019 budget crisis to increase funding for infrastructure repairs.
Ward 8 Councillor Terry Whitehead expressed concern that the division of the money by ward does not reflect that wards have different amounts of roads, that Ward 8 has 250 kilometres of roads whereas some other wards only have 80 kilometres.
“We have some wards that are being left behind”, said Whitehead. “I’d prefer equity”.
The one-time loan plan was unanimously approved by Council sitting in committee today, and will ratified by Council on Thursday March 8 when the 2018 budget is finalized.