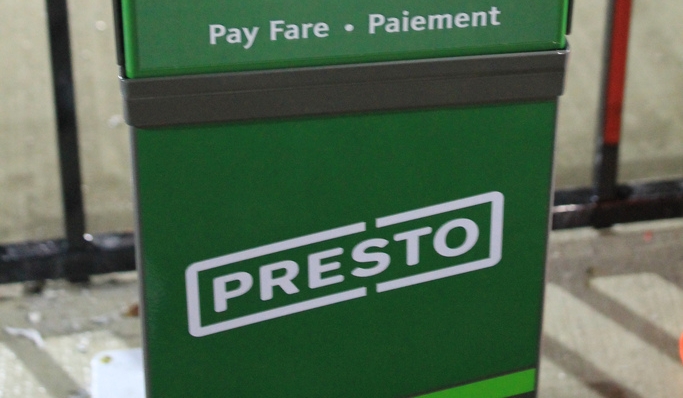 Hamilton City Councillors are hesitant to accept terms imposed by Ontario’s Provincial transit oversight agency Metrolinx for the use of the electronic PRESTO fare system.
Under new terms of use being imposed by Metrolinx’s on the 905-belt municipalities, local transit systems must generate a minimum amount of commission revenue to PRESTO or face clawbacks in their provincial gas tax funding.
Gas tax revenues projected to double to $21-million by 2021-22
For Hamilton’s local public transit agency, this means going from paying $422,039 at a 2% commission rate to $4,098,005 at a 9% commission rate in 2027.
Metrolinx is regarding that 80% of HSR revenue by from PRESTO media by 2021. To reach 80%, HSR must discontinue paper tickets and passes.
Councillor Terry Whitehead was the first Councillor to express concerns about the elimination of HSR bus tickets, saying HSR tickets are widely available at corner stores across Hamilton.
Metrolinx has signed a exclusivity contract with Loblaws for selling transit fare media; the City is forbidden from allowing local businesses to sell PRESTO fare materials.
Councillor Sam Merulla said the difficulty in adding money to PRESTO cards, the limited number of locations to do so, will be harmful to the working poor who will be forced to pay higher cash fares as a result.
Merulla asked City staff what the costs will be for the City to continue offering HSR paper bus tickets for sale in corner stores across Hamilton.
Nancy Purser, the senior HSR manager in charge of fare systems, told Councillors the City will have to pay PRESTO a minimum amount for all fare media as commission, and she was not sure if the City will be allowed to maintain tickets under PRESTO’s conditions.
Merulla moved a motion for a staff report providing options for continuing HSR paper tickets to ensure the working class are able to access lower cost transit.
Councillors voted to table the item pending the staff report requested by Merulla.