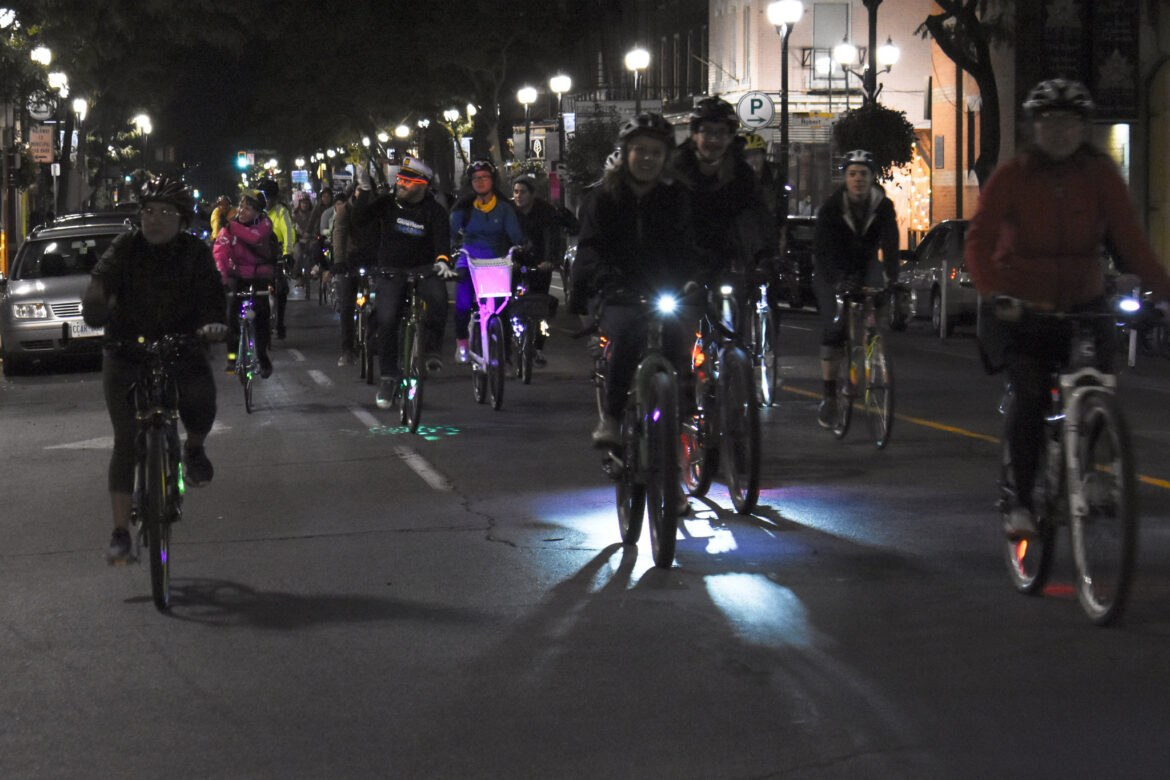 Purple light reflected by a white Sobi bike during the September 29, 2017 Hamilton Glowride

An interesting day ahead, Council Planning Committee is at 9:30am.
My neighbourhood association (Beasley) is delegating to seek Council to endorse a settlement reached between the NA and Greenwin that will protect family units in the towers at 181 John Street North, and 192 Hughson Street North. Greenwin had attempted to get a “minor variance” to eliminate the three bedroom units in the towers; the Committee of Adjustment rejected the variance as not being minor in nature.
Property Standards in the Ward 1 student area is on the agenda, with Ward 1 Councillor Aidan Johnson moving a motion to expand a project that hires Mohawk students to patrol the student areas of Ward 1 looking for property standard violations and then issues warnings; which are followed up with Provincial Offenses Act notices. In light of this weekend’s “biggest party of the year” on Dalewood, it will be interesting to see how Johnson handles the difficult task of managing Town and Gown relations.
This afternoon, Julie Lalonde is speaking at the Hamilton Public Library Central Branch at 3pm, and the Waterdown Branch at 7pm.
I have radio show administration this evening.