Our Favourite Photo of the Week 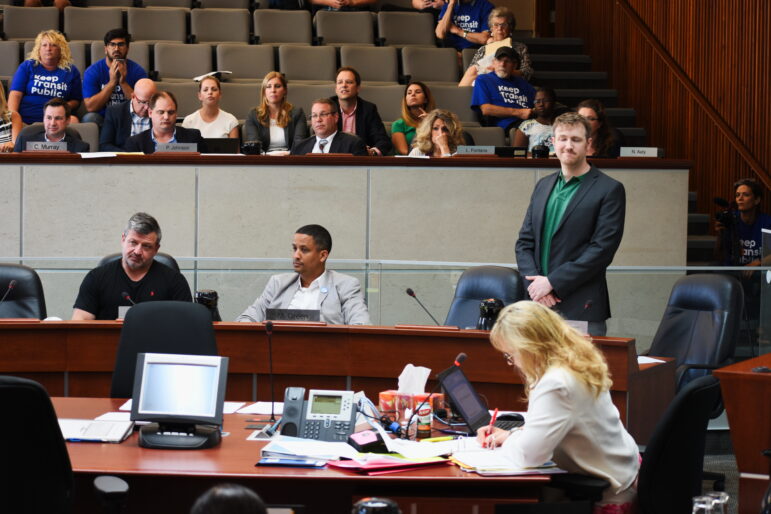 Photos convey much meaning, and this photo has plenty of meanings to be unpacked. Aidan Johnson is voting on the losing side of a contentious Council vote on LRT, Council is demanding the Province give them control of the maintenance and operation of the LRT — a vote which the consequences of are unknown at this time.
You can see Ward 3 Councillor Matthew Green – who moved and championed the motion Johnson is voting against – turned away from Johnson with a stern look on his face. This conveys the gulf between them on the issue.
Behind, in the staff section, you can varying reactions as staff try to retain neutral appearances. The most interesting among them is City LRT manager Trevor Horzelenberg who will be charged with changing LRT plans in response to the Council vote.

The Week in Photos

This week’s photo gallery starts with the return of Ward 14 Councillor Rob Pasuta from a eight-month medical leave, many photos from Wednesday’s special LRT meeting, and wrap up the week with Art Crawl. 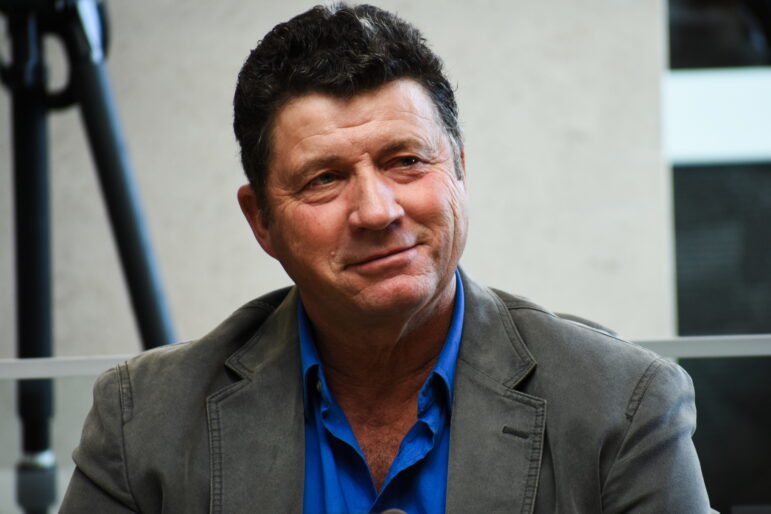 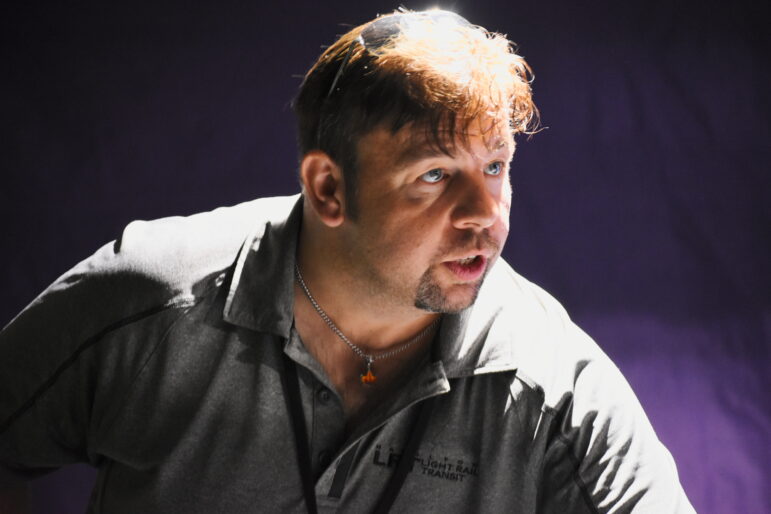 Peter Topalovic makes buttons at the Evergreen storefront at 294 James Street North during the August Art Crawl on August 11, 2017 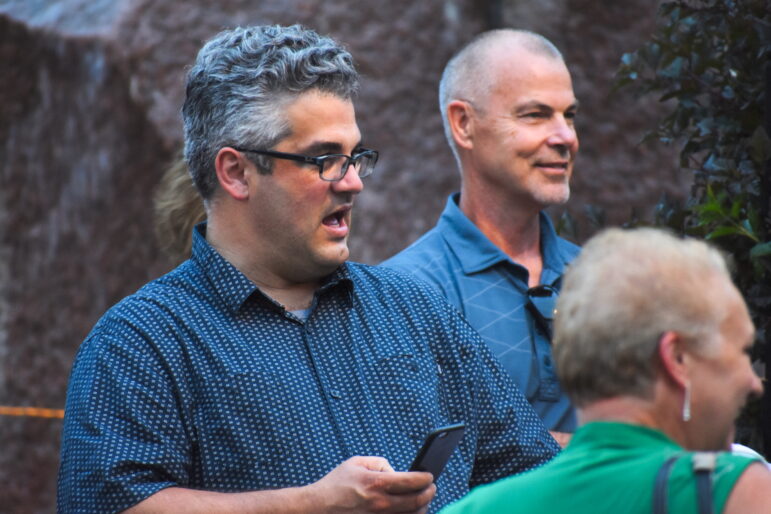 Jeremy Frieburger joins the crowd in singing a chorus on James Street North in front of the Anglican Cathedral during the August 11, 2017 Art Crawl