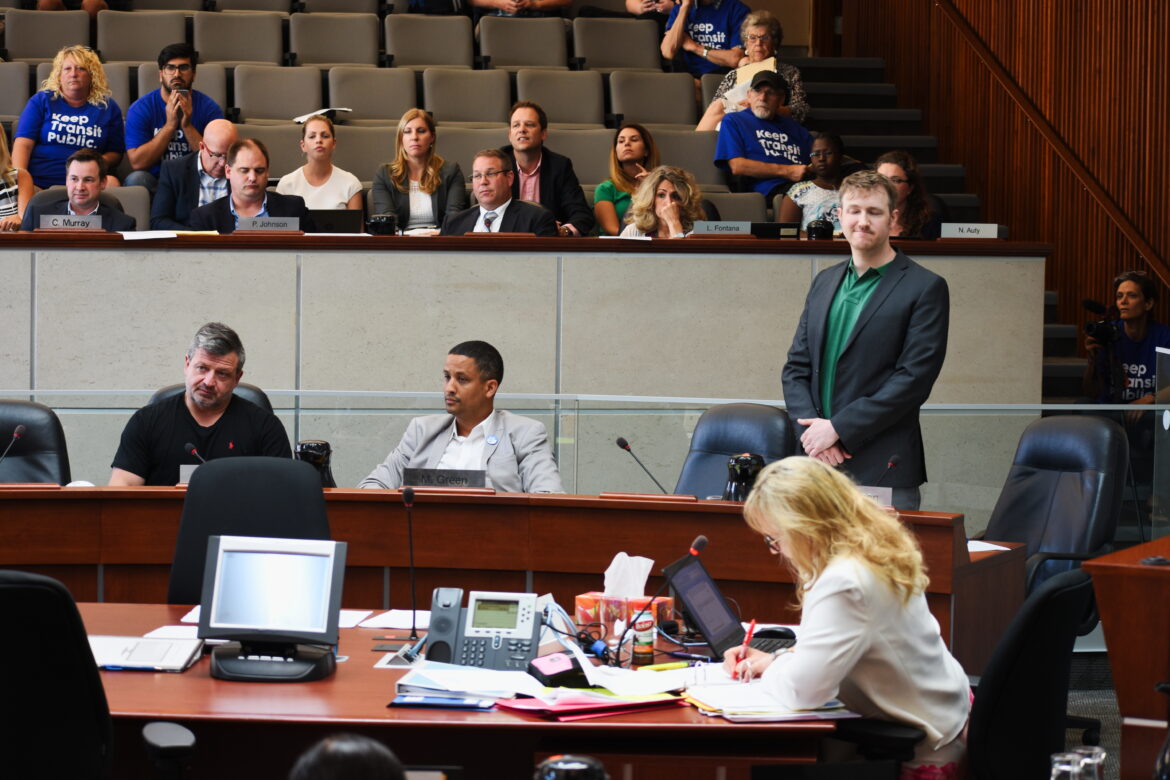 Council held a special meeting to debate their position on LRT operations. In a 9-4 vote, Council voted to direct City staff to ” advise Metrolinx that the forthcoming operating and maintenance agreement between the City of Hamilton and Metrolinx for LRT should include the Hamilton Street Railway as the party responsible to operate and maintain the new LRT line, and any other future transit expansion, in the City of Hamilton”.
The vote was 9-4 with Councillors Farr, Green (mover), Merulla, Jackson, Skelly, Whitehead, Pearson, Vanderbeek, Partridge in favour. Opposed were Johnson, Ferguson, Pasuta, and Mayor Eisenberger.
Full video on The Public Record’s YouTube page, and you can read the liveblog we posted during the meeting.
As for what the vote means to the LRT project both timelines and risks; it is not yet clear. Andrew Hope, the project lead for Metrolinx, says he needs to go back to consult with the Province as to how to proceed, and that at the least, this will delay the project a few weeks.