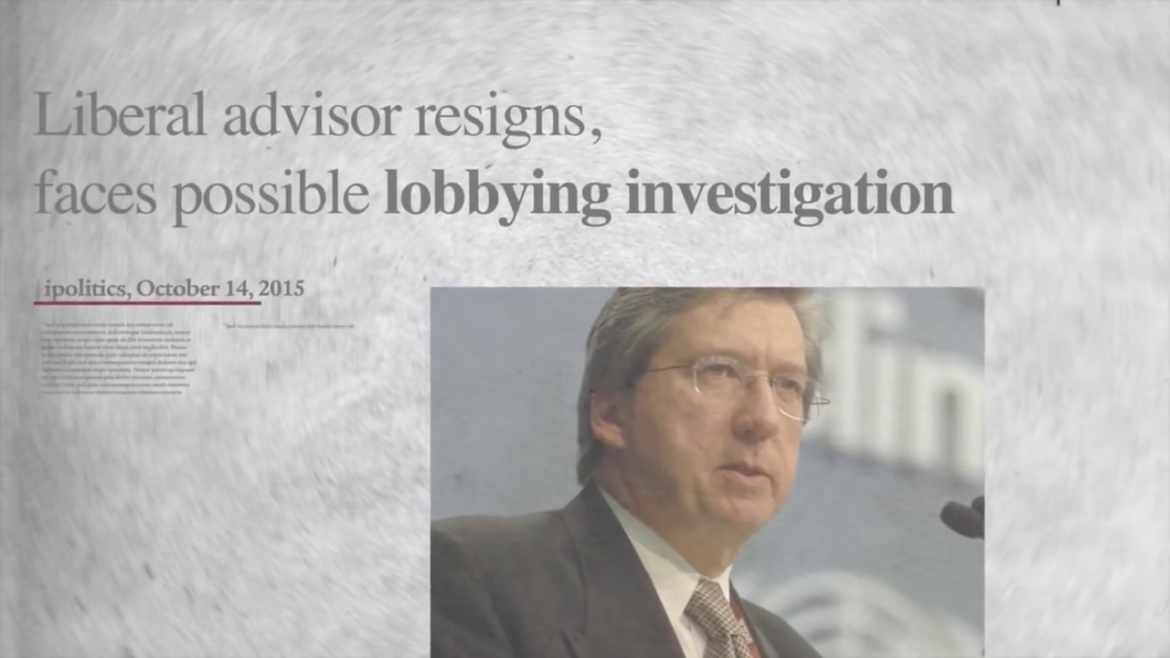 A capture of a NDP negative ad taking content from iPolitics and converting into a traditional newspaper-like headline during the 2015 federal election campaign.

With the provincial election campaign in full swing, and City Hall engaged in electioneering for the October 2018 municipal vote, now is as good a time as any to explain fair use, political ads, and political use of content here on The Public Record.
The TL;DR version of this post is journalism relies heavily upon fair dealing in Canadian copyright law, and while many large media companies wish to see an exemption to fair dealing to block use of their content in political campaign ads, The Public Record believes creating further exemptions to fair dealing will ultimately undermine public discourse and harm journalism. We can’t ban political use of our content, are consistent in our fair dealing position, and will challenge any misinformation that misrepresents our content.
Some background: In 2014, four of Canada’s commercial broadcasters banded together and issued a statement saying they will not allow political parties to use their content in advertising.
CBC, Rogers, Shaw, and CTV declared “political advertisements without our express consent may compromise our journalistic independence and call into question our journalistic ethics, standards, and objectivity.”
They jointly agreed, in potential violation of the Competition Act, to not air any political ads using their content.
CBC followed this up in 2015 by filing a Copyright request to YouTube and Facebook demanding they take down a tasteless advertisement by the Conservatives entitled Justin Trudeau on ISIS. Michael Geist, Professor of Law at the University of Ottawa, provides excellent analysis of why CBC’s use of copyright was not legally sounds.
The debate continues to this day.

TPR’s Content, Creative Commons License and Use by Candidates

Fair dealing is essential to journalism, without it, most news outlets would be unable to inform the public. Any restriction which undermines fair dealing is a threat to the very foundations of journalism in Canada.
The Public Record’s position on political use of our content is that such use is legally allowed under copyright, and further could be used under our Creative Commons license.
The CC license use is not likely as the Share-Alike provision would require similar open licensing by the political entity using our work.
Our comfort or discomfort requiring the use of content is irrelevant.
If a candidate chooses to misuse our content to mislead the public, or grossly distort our work, we’ll respond with words and strongly counter information.
Yes, TPR is concerned our content my be misused, and that misuse of my content my create a false impression that we’re for or against a candidate.
We share similar concerns as any other media outlet, but will not respond by undermining fair use or open culture.
If you are a candidate or campaign, don’t email asking permission to use our work. Please exercise your legal fair use rights responsibly.