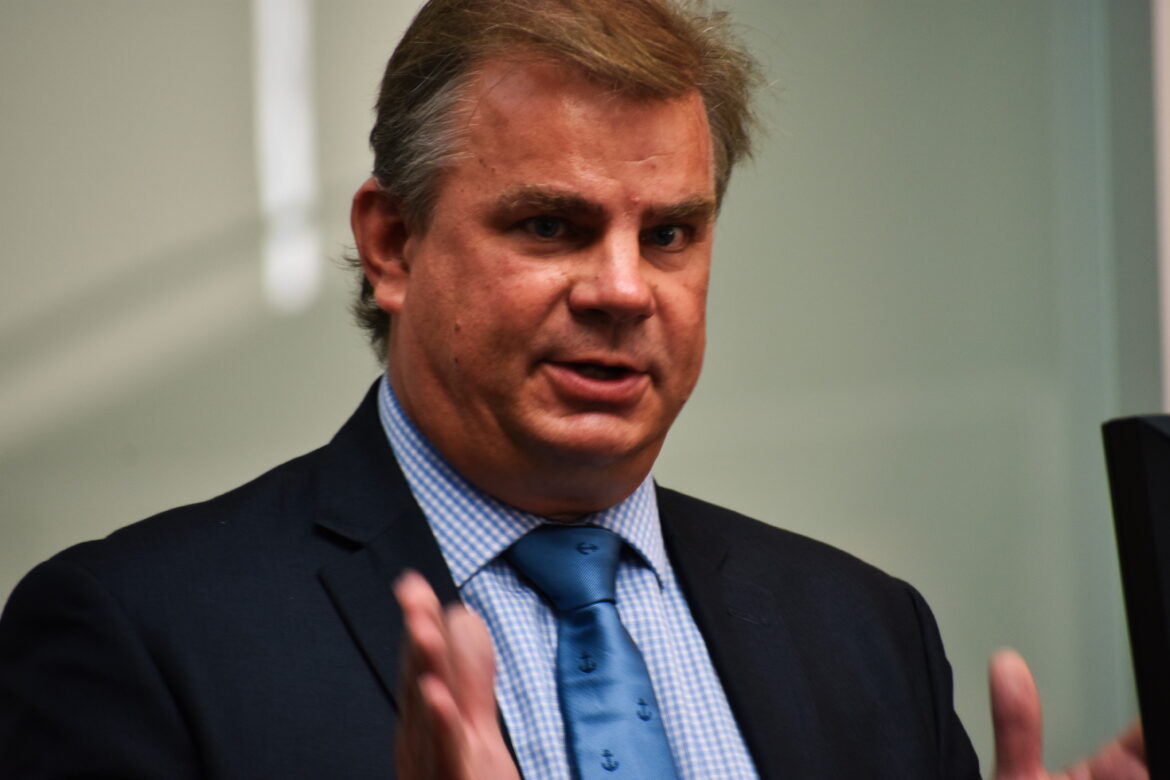 Ian Hamilton, the CEO of the Hamilton Port Authority, stood in front of Council this morning to provide an update on Port Authority activities.
The frustrations which exist between Councillors and the Port were politely discussed: Randle Reef, city zoning jurisdiction, dust from grain, and truck traffic among the issues.
The canceled play for a Plasma Waste-to-Energy Gasification Plant (Port Fuels) was not mentioned by name in Ward 3 Councillor Matthew Green’s questions, but it was clear as he questioned Hamilton about a statement that the Port Authority’s current uses are fully compliant with City zoning regulations.
During the Port Fuels debate, the City’s ‘K’ Zoning on Port Authority lands were heavily debated – did it allow the proposed Port Fuels plant? The City said no, the Port said yes. The debate was never settled.
Hamilton did acknowledge that under the Letters Patent of the Port and Canada Marine Act, the Port Authority is exempt from municipal regulation for port activities, but said the Port wants to work with the City.
On Randle Reef, the Port says public access to the Sherman Inlet will not be possible due to federal security regulations for ports post 9/11. The Port does plan to provide a viewing platform at the site.
The Port says grain processing and transfer operations are spending over $1-million to improve dust capture, and the Port will continue to work on addressing dust issues.
Ward 2 Councillor Jason Farr spoke about truck traffic from the Port navigating the Core to access highways instead of Burlington Street. The Port plans to encourage more use of Burlington Street. Farr noted the City’s truck routes will change with LRT, and the Core may no longer be attractive to trucks accessing highways from the Port with those changes.
In the media scrum post-presentation, Hamilton was repeatedly asked about the improving relationship with the City. He says he’s hoping to keep increasing it.