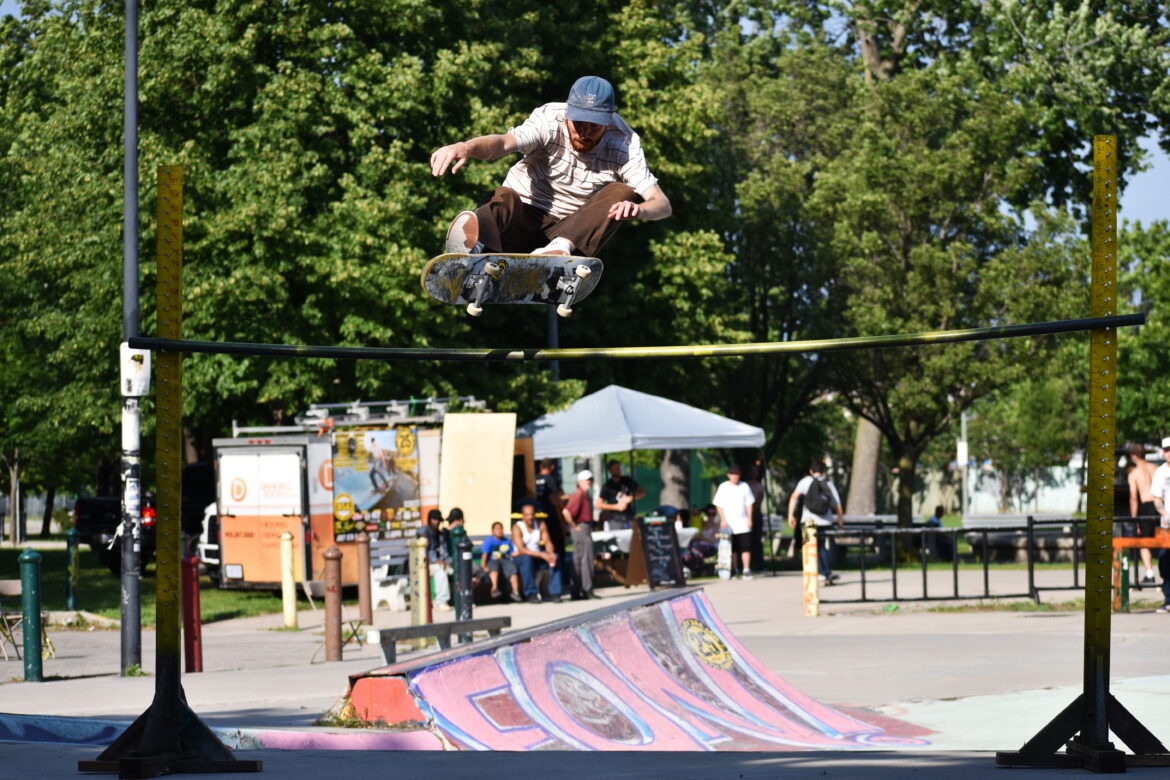 Skateboarders compete in the Hamilton Skate Assembly SkateJam at Beasley Park on July 9, 2017

Council’s Emergency and Community Services Committee voted to accept a consultants report recommending the City build 16 skate parks in the next decade.
The consultants report says the City should strive to have one skate park for every 7,500 youth. In addition, where youth populations do not meet the 7,500 theshold, the City should implement skate board amenities on a smaller scale in existing park.
Consultants held public consultations across the City, at skate parks, youth centres, and library branches.
Council referred the 10-year plan to the 2018 election year budget process. Staff referred repeatedly to finding “existing project efficiencies that we can evaluate” to look at skate parks features in parks as they are updated and renewed.
The average cost of installing a skate park is between $350,000 to $550,000 depending on size and amenities.
The consultants provide the City with an extensive list of suggested sites for future skate parks. The highest rated sites, in order, are: Valley Park, Morgan Firestone Arena, Powell Park, Sir Wilfred Laurier Recreation Centre, Alexander Park, Eastwood Park, Coronation Arena, Veteran’s Park (Dundas), Gage Park, Sam Manson Park, and TB McQueston Park. 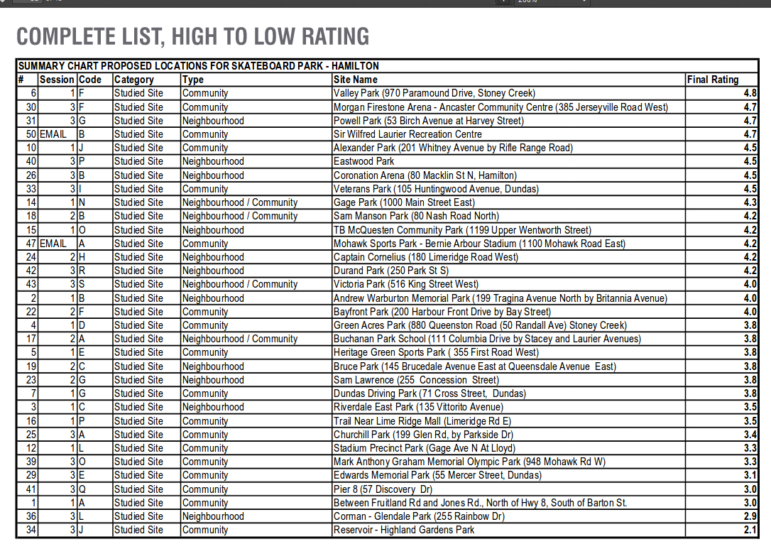 After the meeting, Ward 9 Councillor Doug Conley noted that design work for the Valley Park skate park facility is already funded and underway. The building of the park is not in the 2018 capital plan, Conley said he is looking for opportunities to build the park sooner rather than later.
Full Video of the Debate on this Item is available on The Public Record’s YouTube Channel.