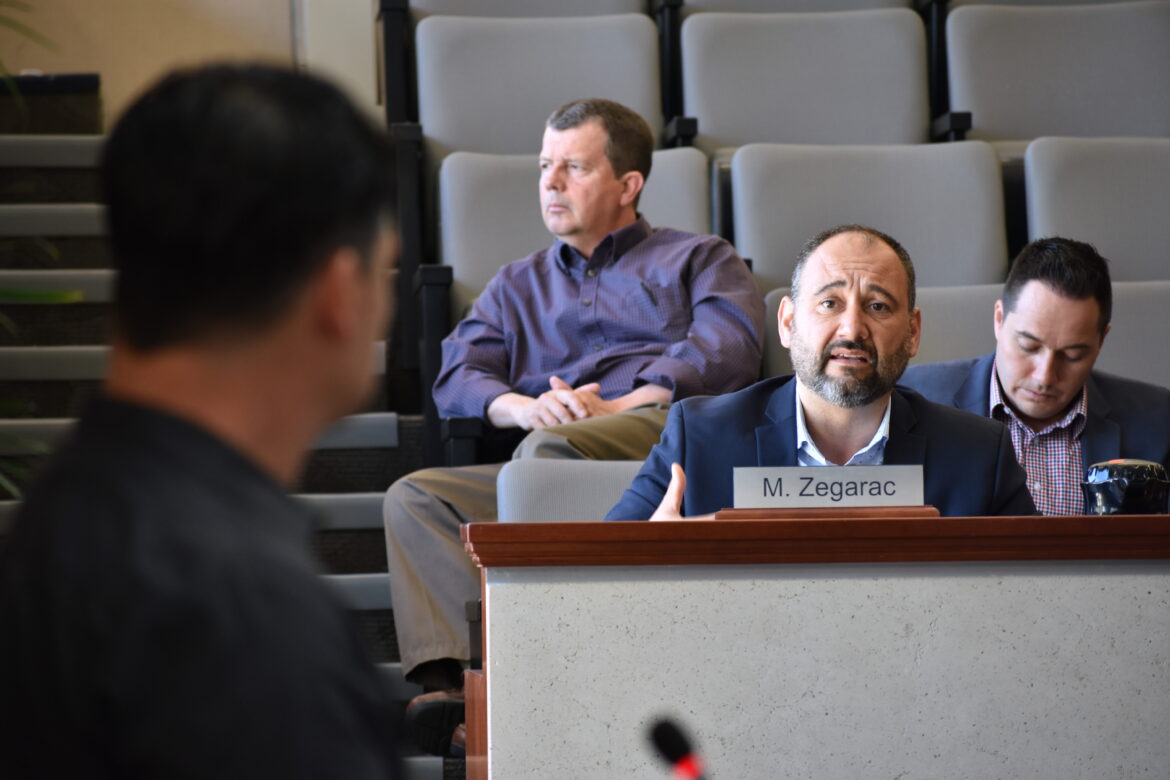 Chad Collins asks City of Hamilton General Manager of Corporate Services a series of questions on how Council can implement multi-year budgeting during a meeting on June 27, 2017

Ward 5 Councillor Chad Collins says the Council needs to commit to multi-year budget planning to better allocate the City budget.
During today’s Multi-Year Budget Planning Sub-Committee Collins spoke of concerns that some Councillors are able to maneuver projects in their ward ahead of the queue during the annual budget process; leaving higher priority projects in other parts of the City without funding.
Collins states up to 40% of the ten-year capital plan can be changed during a single budget process.
Collins says multi-year budget planning and plans will decrease political maneuvering and save the City money in the longer term.
The Multi-Year Budgeting Committee set a goal of creating a budget outline for the next term of Council to be presented next spring.