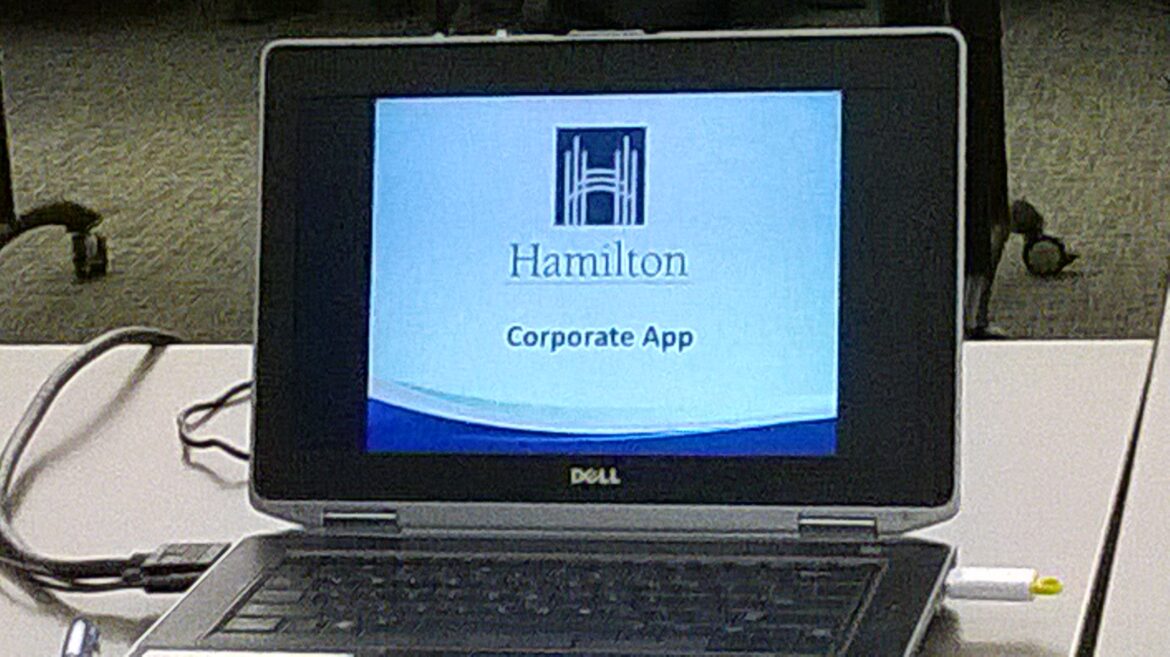 The opening slide of the City's "Smartphone App" presentation to the Hamilton Seniors Advisory Committee on January 5, 2016

The City of Hamilton is spending hundreds of thousands of dollars to design a “corporate” app for smartphones that will enable residents to access City information on their smartphones.
City staff first announced the plan in January at the Seniors Advisory Committee, complete with the kinds of slides and buzzwords we’ve come to expect from the City’s IT department.
The City put out a tender for a development firms to build the application. The City’s requirements for the app included using deprecated standards, and methods that would cause incompatibility problems in the user experience.
The City’s requirements for the app closely mirror the City of Richmond app, which uses Bluetooth Beacons to monitor the users location and provide interactive content in tourism areas. Richmond says they do not retain any location data. Hamilton is requiring Bluetooth Beacons in its app.
No local companies are bidding for the contract.
Only three companies bid on the City contract; 14 Oranges (which built the Richmond app), eSolutionsGroup Limited, and Purple Forge Group (designers of the Oakville App)