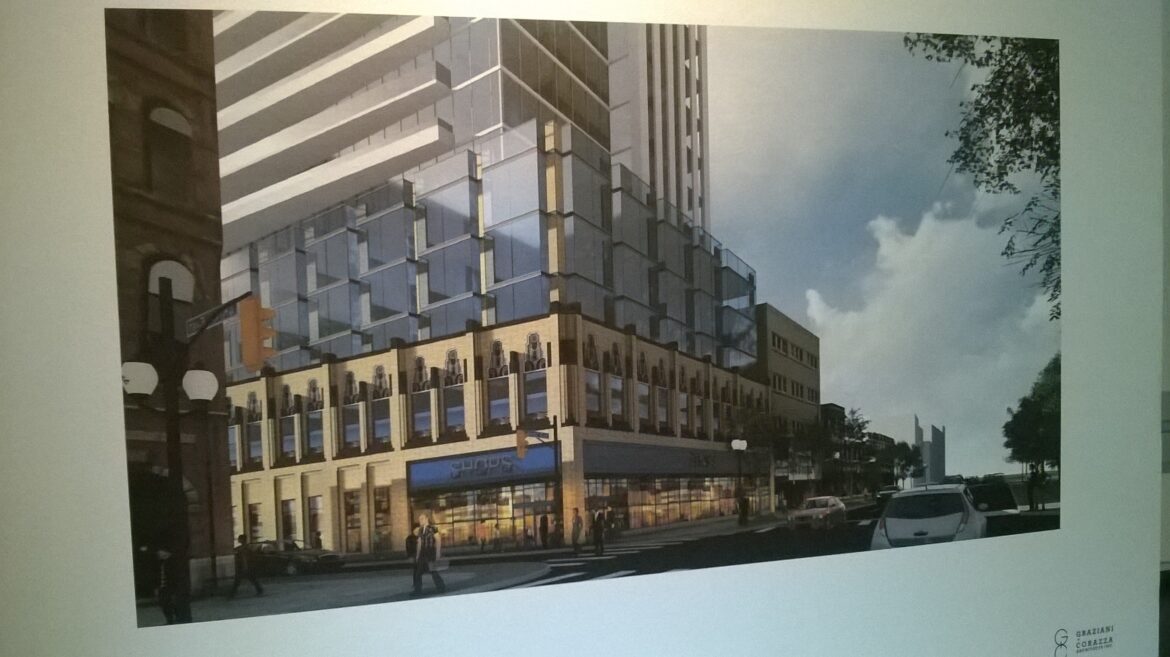 Hamilton’s Municipal Heritage Committee declined to designate the former Kresge department store at 43-51 King Street East in Downtown Hamilton.
A staff report stated the Committee could designate the building as culturally significant. However, the report stated the building did not meet designation criteria for design/physical value, nor did it qualify as a landmark.
The developers, LIUNA and Hi-Rise Group, presented at length revised plans for the two tall buildings – 25 and 34 storeys – development.
New plans include creating a two storey podium at the base of the towers that pays homage to the original design elements of the Kresge building, including ground level retail.
After a lengthy debate regarding the role of the Heritage Committee in municipal governance and approvals, the committee voted 6-5 to not designate the building.
Of the three City Councillors on the committee, Aidan Johnson voted to designated, both Partridge and Pearson voted to not designate.
The developer holds valid demolition permits, a date for demolition has not been publicly released.