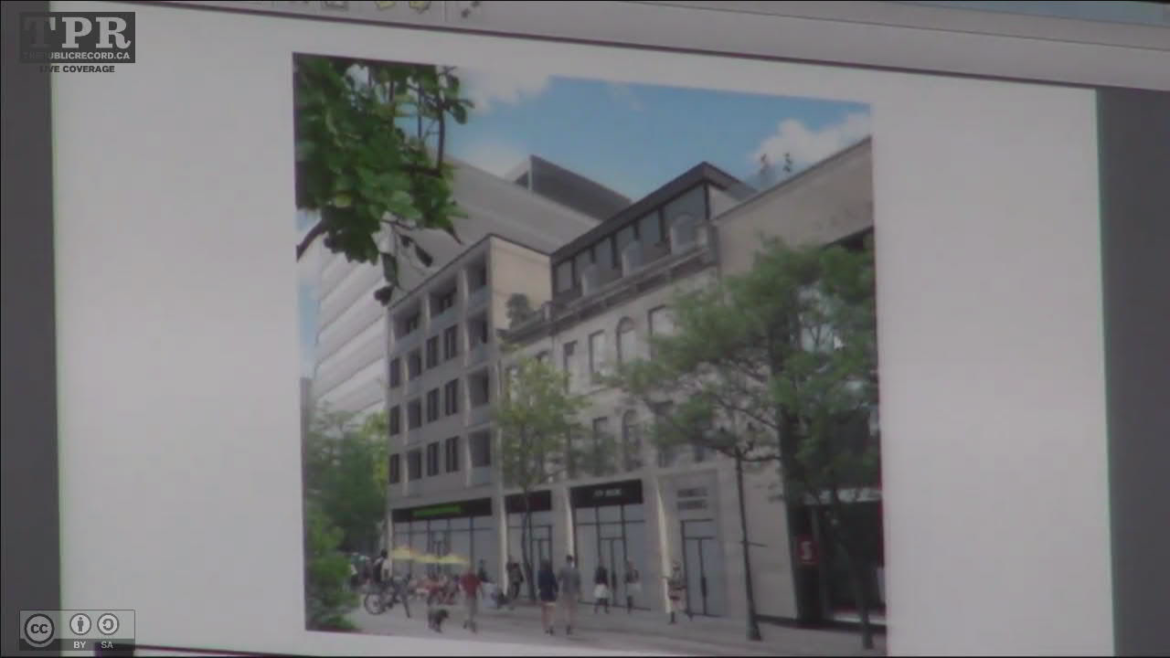 Update: The City of Hamilton posted a notice on August 10 stating this meeting is cancelled. No reason was provided.
What will Hamilton’s Design Review Panel think of the proposed design for the Gore Buildings at 18 to 28 King Street East in the heart of Hamilton’s Central Business District?
DRP will consider the design of the proposal to completely demolish the two easternmost buildings at 24 and 28 King Street East and preservation of the facades at 18 and 22 King Street East with the demolition of the remainder of those buildings.
The meeting is scheduled for Thursday, August 11, 2016 starting at 2:00 p.m. The hearing into the Gore Buildings is scheduled for 3:10 p.m.  The meeting is open to the public. (Agenda PDF)
Owners Wilson-Blatchard receive Council approval for their plan in May of this year.
Hamilton’s Municipal Heritage Permit Review Sub-Committee turned down the play two weeks ago at their July meeting. (Minutes not yet available, the sub-committee met at the same time as the LRT sub-committee)
Project architect David Premi will present to DRP. Premi is a member of DRP, he will not be sitting in review of his own project.

Note: The Public Record does not record or broadcast DRP meetings. At present, the process is still fairly new and it is not clear if a camera would diminish the goals of these meetings which is a frank and lively discussion of early renderings and proposals
DISCLOSURE: The Public Record rents office space from one of David Premi’s companies, The Seedworks Urban Offices.