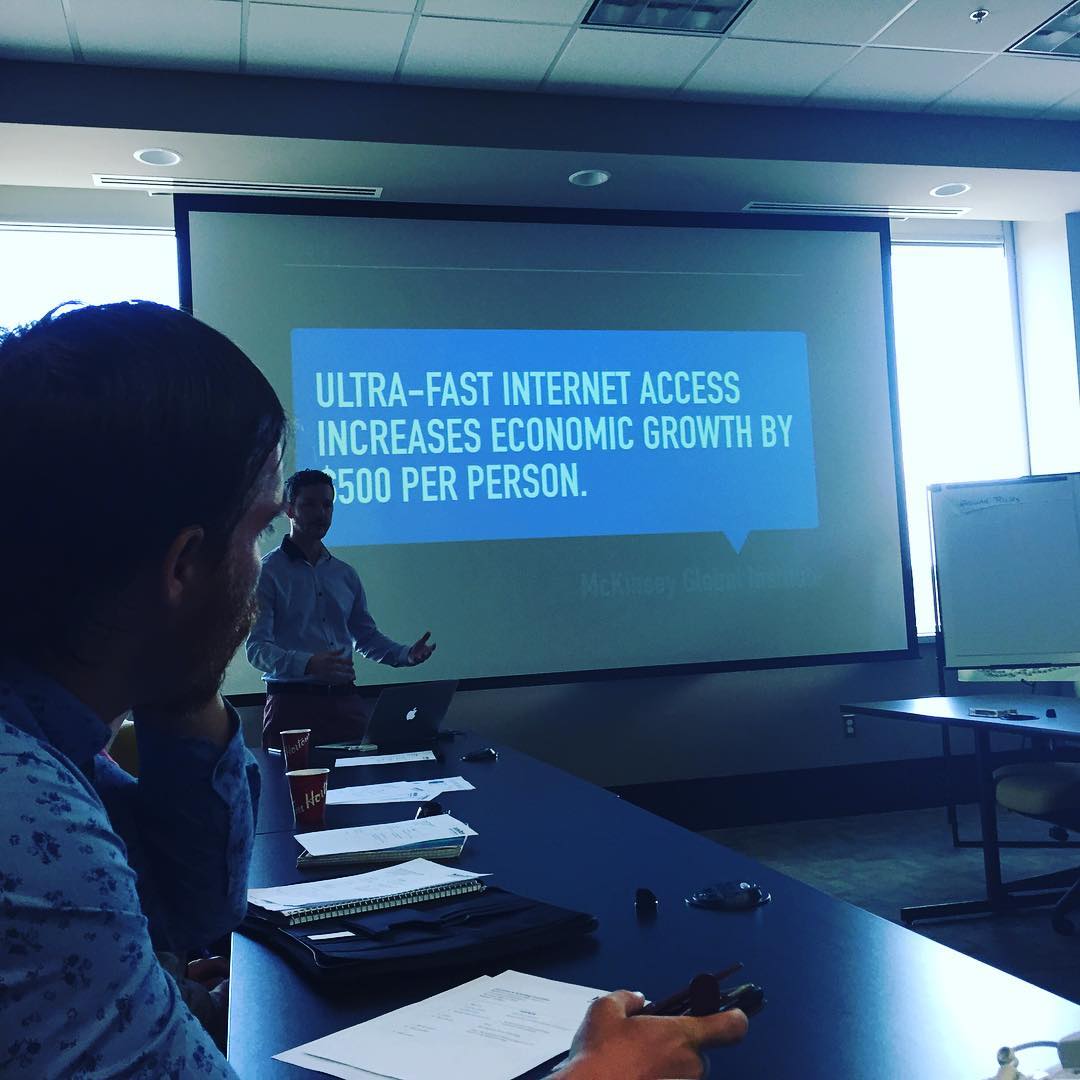 Hamilton’s businesses are choking on slow internet speeds and high internet costs.
Our City Council, in their infinite foresight, sold off our municipal fibre optic network in exchange for an undisclosed amount in 2008. Since this time, Hamilton’s businesses have faced a duopoly for land based services with speeds that are the laughing stock of other countries.
Wholesalers provide some options, but they are limited by the duopoly in the service they can provide. NetAccess (my business internet provider) offers over-the-air internet with dedicated speeds up to 50/50Mbps, but the cost is prohibitive for new small businesses. I’m very happy with the 50/10 service I have with NetAccess – which includes a backup wireless link.
Ultimately, my provider is limited by Bell’s wholesale network.
Dale Mugford, of Brave New Code, spoke last week on the need for Hamilton’s IT and Internet business communities to mobilize to convince the City’s economic development department, and eventually Council, that we need to create a strategy to promote – and if necessary build – high speed internet infrastructure in Hamilton.
I’ll go a step further, this is an opportunity for the Hamilton Chamber of Commerce to create a task force and bring Hamilton’s leading internet services providers – I thinking of both NetAccess and Clearcable – to the table to create a whitepaper to make internet access a 2018 election issue.
Even now, the City of Hamilton is thinking of building its own fibre optic network to replace the very network it old in 2008. Why? Cause the City’s internet bill is ridiculous, since they no longer control the network.
Let’s not forget, Hamilton was once the envy of the rest of Canada – the creation of Hamilton’s Fibrewired network in the 1990s was visionary. We connected every civic facility and school to the Internet using fibre optics. In the 1990s.
Let’s get back to the 1990s in terms of infrastructure, and into the 2010s in terms of speed.