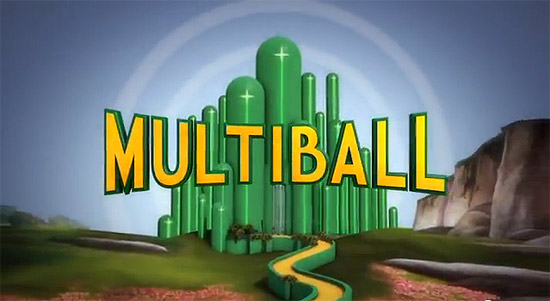 A collection of noteworthy stories, links, and commentary I read yesterday which I deem shareworthy. (Multiball is a reference to my pinball hobby)

The City’s adding PayPal as a payment option for the 2016 rain barrel sale. The date for the sale is not yet set, but the City is adding an online pre-sale.

CATCH goes in-depth on Council’s economic development grants for new residential units and hotel suites in the downtown core, taking issue with the City’s $2.4-million grant to the new condo tower on the site of the former James Baptist Church.

As always with CATCH, they back up the article with extensive hyperlinks and background.

Read it on the CATCH site and don’t forget to subscribe to their email list if you wish to receive their articles.

Artist Eva Ivanov – her move from T.O. to Hamilton

Eva’s gallery is across the street from my office on Catherine North and I enjoy chatting with her frequently. She’s displayed her art in my office, including near my desk. (Both those paintings sold btw).
Mohawk journalism student Tania Guerra profiles Eva and her story of choosing to move to Hamilton as part of the wave of artists adding to Hamilton’s vibrant character for Mohawk’s student news site Ignite News.

The Brant Federation of Agriculture opposes the expansion of the Greenbelt into the county which borders to the west of Hamilton and is seeing growth pressures.

Hamilton’s farmland is already within the Greenbelt and there are many farmers who want out here, with a similar argument that the Greenbelt doesn’t address underlying planning and economic issues that make sustainability for farming difficult.

Read coverage of the debate in Brant County on www.betterfarming.com and from the Brantford Expositor.

Ontario’s Chief Coroner makes 122 recommendations following a review of 45 deaths in Ontario long-term care homes. One of the recommendations is updates to the building code to “have environmental solutions incorporated to allow residents with dementia who wander to have access to a safe area for roaming where the ability to wander into the rooms of other residents is minimized.”

The report does not make any municipal recommendations.

Midland Police Service is the latest to make cuts to station hours as a cost savings move. They outsourced their dispatch to Owen Sound – a move approved by OCPC and already done by numerous other small police services.
As part of the change, the police station front desk is only manned during business hours.
In Hamilton, Chief De Caire suggested that stations would no longer be 24/7 if his 2013 budget increase request was not approved by Council.
Commonly, when stations are closed, a public call box connecting to police dispatch is installed outside of the station. In Midland, the Chief changed the entrance to allow the call box to be inside – allowing those seeking assistance to have shelter from the elements.
As we enter the 2016 police budget debate, will cutting station hours be back on the table? Should we, if it is, expect an indoor call box?

There are also grants to hire mediators for Councils with extreme difficulty. Here’s coverage of the situation in the Town of Athabasca

As journalistic ethics and transparency become defining issues in journalism practice (finally), the Reynolds Journalism Institute launched the largest database yet of journalistic codes of ethics from hundreds of publications.

If this interests you, and it interests me, you can check out the database on their website.