Update: Councillors on the Planning Committee unanimously rejected the severance application, agreeing with the City planning staff position against the severance.

A resident owning a large lot in an older area of Waterdown wishes to sever their property to allow for the construction of a new single detached home.
The property, 12 McDonald Court, is 1656.97 square metres and the severance proposes to split the property into two separate properties of 888.56 sq m and 773.41 sq m. (City Map at bottom of post)
Staff are opposed to the recommendation as it is not keeping with the character of the existing neighbourhood and represents over-intensification of the area, triggering similar applications in older parts of Waterdown.
The larger lot is a legacy of when homes in many parts of Waterdown were serviced by septic systems and private water supplies, the homes on McDonald Court were established in the late 1950s.
There have been severances granted for a few lots on McDonald Court, all of which were corner lots. This proposal is a mid-block request.
The Ontario Municipal Board upheld a decision of Council to not grant a severance to 24 McDonald Court. Council voted against the severance in April 2014, the owner appeals to the OMB, and on April 1, 2015, the OMB ruled in Council’s favour.
Nearby neighbours have signed a petition against the proposal.
Planning Committee will vote on this during the May 19 meeting. 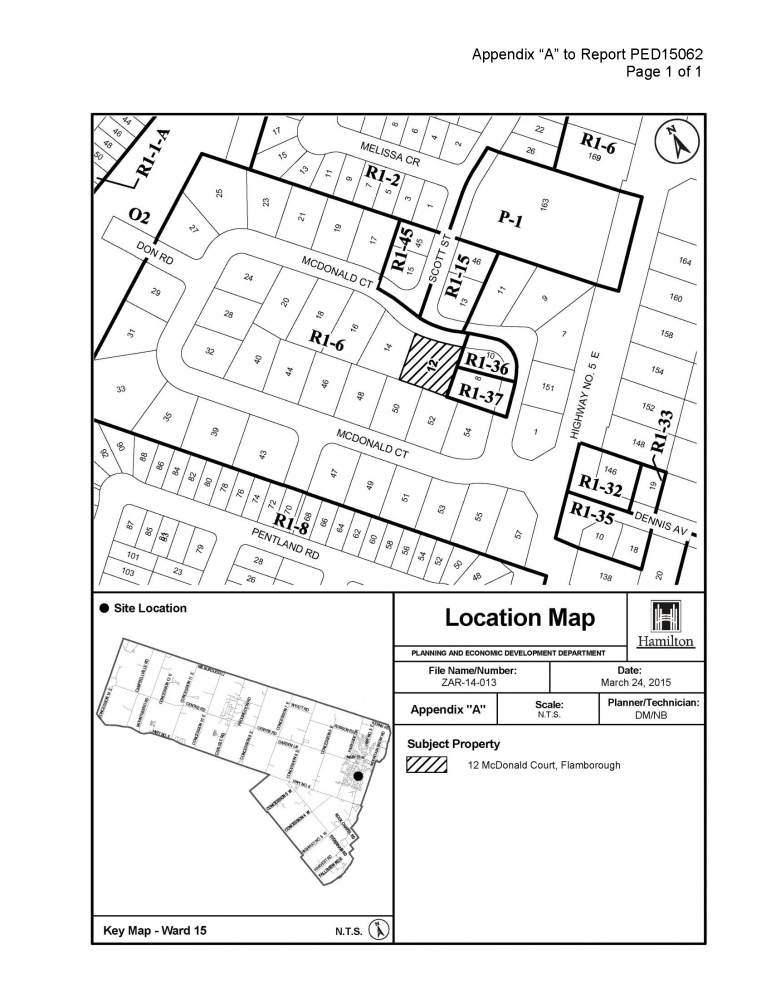