The City of Hamilton’s 2023 budget meetings are now well underway.

Hamiltonians should expect higher-than-usual tax and rate increases this year due to inflation and the costs of years of deferred costs, and deferred infrastructure maintenance.

Additionally, Council will need to cover a forecast $16.4-million deficit for 2022. The City’s budget office states “financial pressures from the COVID-19 pandemic response” and “$76.4 M in pressures related to COVID-19 response and recovery efforts for 2022” are the primary causes of the deficit.

The City is forecasting to spend $23.0 million on COVID “response and recovery” in 2023. 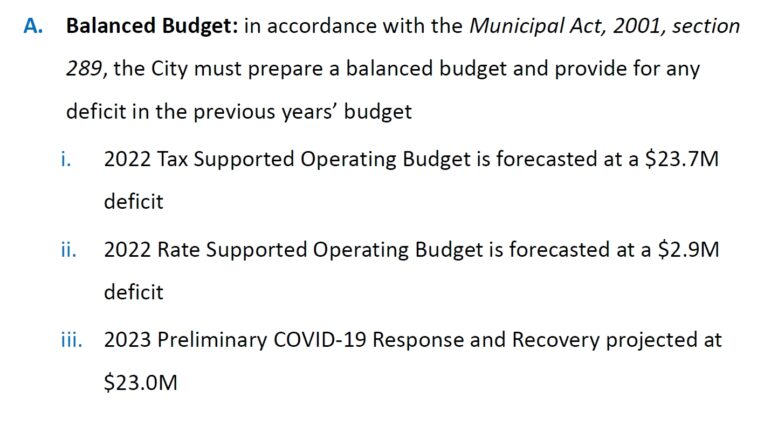 The meeting was not live-streamed. The City Manager’s Office has not released any records or further records to the public.

The slides from City management state COVID recovery efforts will be a major budget pressure in 2023. 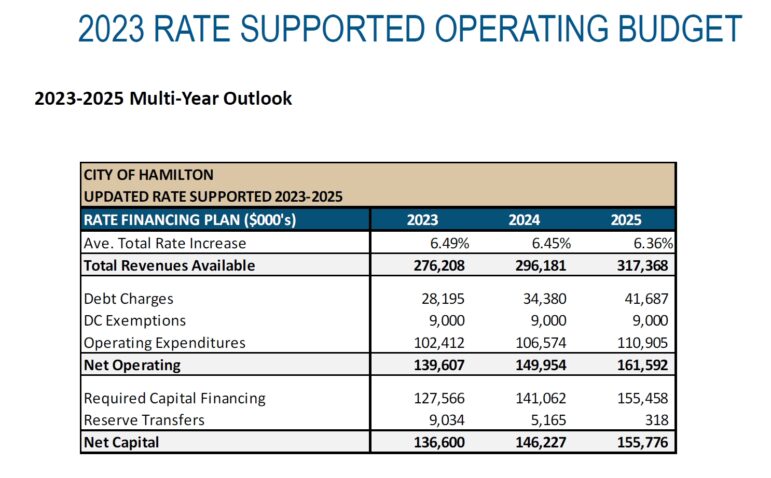 Hamiltonians should expect a 6.49 percent increase in their water rates in 2023, according to another slide.

City Operating Budget Increase Over 8% for 2023 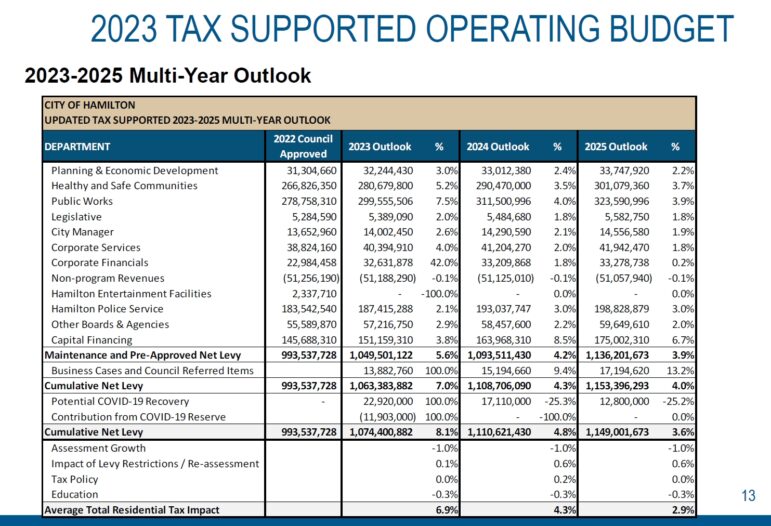 The new members of Hamilton’s City Council state they wish to address the City’s multi-billion dollar infrastructure. They need to increase annual infrastructure spending to decrease the deficit’s growth. With decades of neglect, it will take more than a single council term to close the gap.

The draft Capital Levy increase is 0.92 percent, but it comes with a reduced number of projects due to ‘staffing constraints’ and inflation.

During Friday’s initial capital budget meeting, many members of Council probed if this is the best value for money considering the extent of the City’s infrastructure deficit.

Members of Council questioned only increasing the asset management levy by 0.5 percent for 2023.

Council will further debate the capital budget on Friday December 2, with approval expected at the December 7 Council ratification meeting.