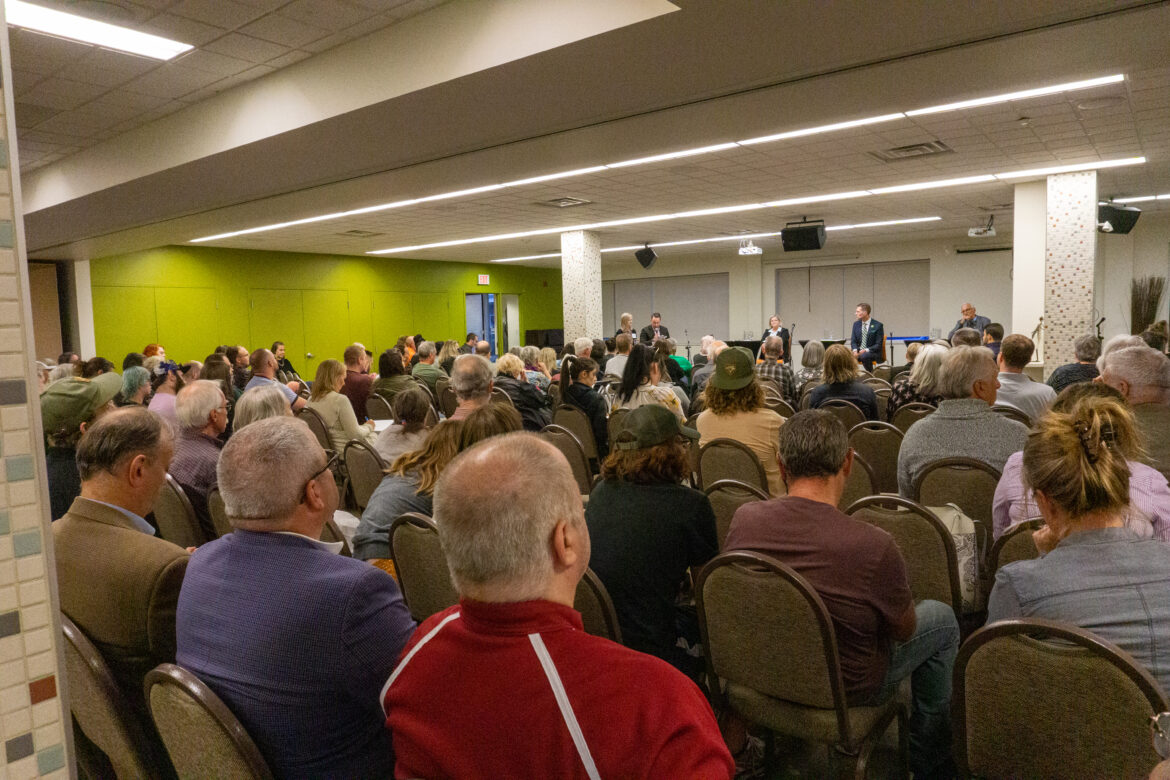 Around 150 people attended a mayoral forum on affordable housing at the Perkins' Centre on October 5, 2022

Hamilton is Home is a coalition formed by our city’s non-profit and charitable housing providers.

Keanin Loomis, Bob Bratina, and Andrea Horwath all agree there is a housing crisis.

They all want to see more affordable housing built – with a spectrum of affordability – across Hamilton.

The most significant difference between them came in response to a question if they support inclusionary zoning along the B-Line LRT line and if they will end exclusionary zoning.

Horwath and Loomis both say they will end exclusionary zoning. Doing so will enable “missing middle” housing in neighbourhoods.

Bratina did not answer the exclusionary zoning portion of the question.

The City can require a percentage of new builds along the LRT corridor to be affordable using the inclusionary zoning provisions of the Planning Act.

They all agree that Hamilton City Council’s definition of “affordable” as 125% of the average market rate is wrong.

His attempt was unsuccessful. In a face-saving vote, the rest of Council amended Farr’s motion to instead have staff return with a report. The report was never brought back.

The mayoral candidates all stated they would lobby the provincial government to give Metrolinx-owned land along the LRT corridor over to affordable housing providers once construction is complete. Metrolinx purchased over 60 full properties along the route, with further expropriations underway. 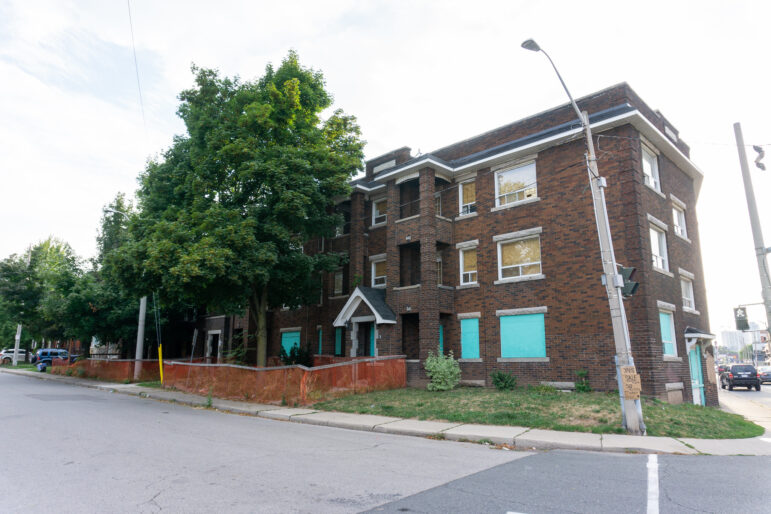 Many of these properties were rental housing, at below-average rates. The displacement of hundreds of tenants sparked opposition to the project. Neither the province nor Metrolinx has committed to affordable housing along the route.

Horwath’s answers focused on her shared goals with affordable housing providers and those in the room. She cited her experiences working on tenant issues in local government and continuous advocacy on housing.

Loomis’ answers focused on how he would govern, including a promise to dedicate a staffer in his office to affordable housing and have a city staff member appointed as a “housing czar.”

Bratina shared his experiences as Ward 2 city councillor from 2004 to 2010 responding to NIMBYism, citing “missing middle” projects he voted in favour of during that time despite community opposition.

Loomis and Horwath both committed to decreasing city fees and charges for affordable housing projects.

Bratina said that doing so means those costs will still have to get paid for. Waivers would have to be charged to the property tax levy. He committed to addressing processes which delay affordable housing.

Civility prevailed as candidates answered questions. There were critical comments about each other’s platforms. The candidates focused on their own positions.

Around 150 people attended the event. For many of them, this was the first time hearing directly from the candidates.

There were no open questions from the floor.

The three mayoral candidates were given tables at the back of the room to distribute campaign literature.

Bratina did not have pamphlets or materials on his table.

Horwath’s table had printed copies of her full platform along with pamphlets.

Ultimately, the forum served to put the candidates’ commitments to affordable housing on the record with their promises. Promises they will be expected to fulfil if elected mayor.