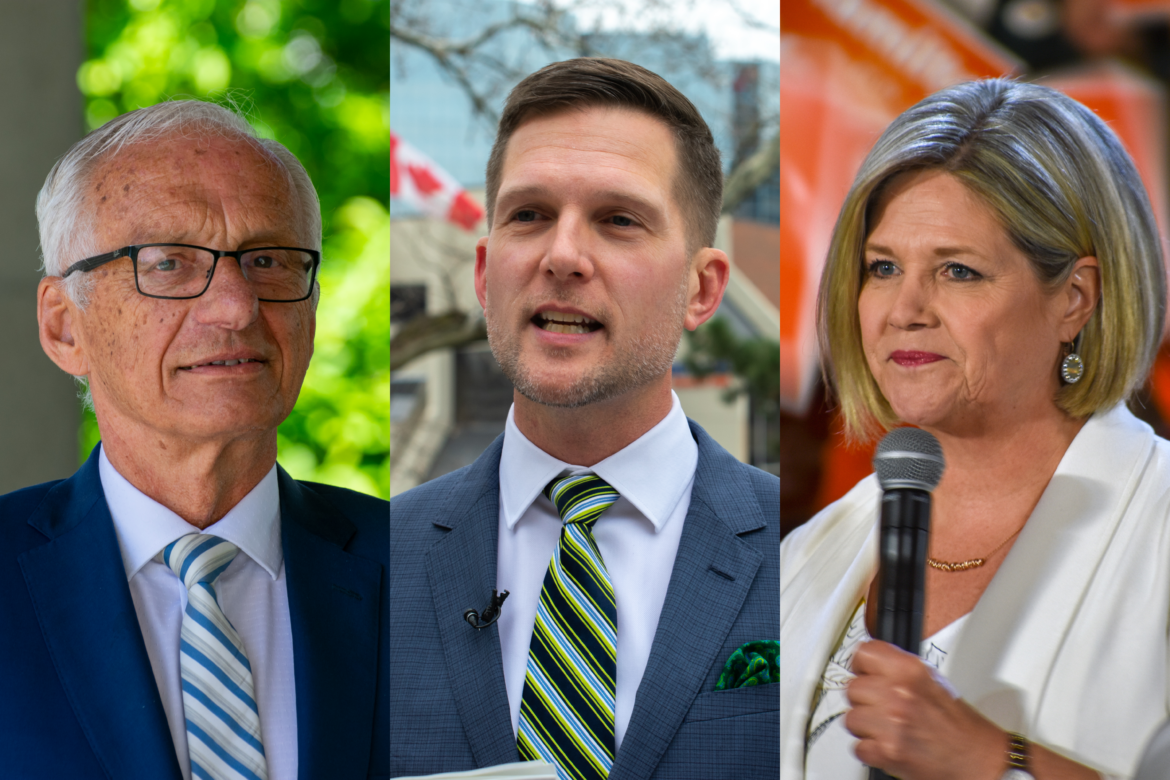 A Torstar commissioned poll published this week can be read as good news for both the Andrea Horwath and the Keanin Loomis mayoral campaigns. It contains disappointing news for Bob Bratina.

For Horwath, 37 percent of respondents leaning in favour of voting for her is a strong starting point.

For Loomis, 13 percent can be seen as a good foundation measured against first-time mayoral candidates who won elsewhere.

Luck is on Loomis’ side as well; he is second, just one point “ahead” of Bob Bratina. Bratina and Loomis are statistically tied within the margin of error.

Bratina’s name recognition as a radio personality, former mayor, and former MP should’ve placed him well ahead of Loomis and closer to Horwath. He’s failed to meet polling expectations, which can be fatal in politics.

Greafe suggests Loomis needs Horwath and Bratina to split the vote for him to make it “a bit easier for him to come up the middle.”

Both Naheed Nenshi in Calgary’s 2010 mayoral and Brian Bowman in Winnipeg’s 2014 election were first-time candidates who placed a distant third place in polls. Both were declared effectively out of the race by local media.

A few weeks before their decisive wins, the horse race polling showed them moving into second.

The media narrative changed. They became surprise contenders with “surge” and “momentum” headlines. [Horse race coverage is blind to what is happening on the ground.]

Loomis can embrace his second-place status. He can take advantage of the media’s traditional personality-driven horse race coverage.

Horwath will need to head off a “surging” candidate scenario. This may explain why Horwath has not announced any platform planks. Best to use planks to push the media away from horse race coverage after Labour Day.

“On The Eve Of The Official Start To The Race For The Mayor’s Chair, Our Exclusive Poll Shows Two Clear Front-Runners. It’s McIver’s Race To Lose, Says Pollster,” declared a Calgary Herald headline on September 19, 2010.

CTV Calgary went further, “the race to be Calgary’s mayor is slowly turning into a one horse race,” the station declared.

Winnipeg 2014 shares many commonalities with the present dynamic in Hamilton. Our political atmospheres are similar. The candidates share more of a common background.

2014 in Winnipeg saw political novice Brian Bowman, the Chamber of Commerce board chair, running for mayor.

The front-runner was veteran NDP politician Judy Wasylycia-Leis, an MLA and MP with 20 years in elected politics, who placed second in the 2010 mayoral race with 42.8 percent of the votes in a two-way race with the then-retiring mayor.

Veteran councillor Gord Steeves was an early contender whose campaign was sidetracked after racist comments published by his wife surfaced.

Robert-Falcon Ouellette joined the race later in the campaign and became a contender.

Three other candidates were at or above six percent in this poll.

The poll asked “about trust in city hall to manage the city effectively.” “67% of respondents expressed very low (27%) or somewhat low (40%) trust,” the pollster’s release stated.

Winnipeg media adopts the narrative that Wasylycia-Leis is a clear, and likely unbeatable, front-runner.

Bowman gets a bounce from the October 3rd poll, as the Winnipeg Free Press declares “Bowman surges” between the August 29 and October 3 Probe Research polls.

The Free Press reports, “The Insightrix poll indicates an ‘anyone but Judy’ mood has gripped certain parts of Winnipeg.”

A lot will change in the coming, now 84 days, until the election.

Horwath and Loomis will run competitive campaigns. They will seek to dominate each of the legacy, new media, and social media news cycles each day.

Come Labour Day, this past week will be a long forgotten memory.

One thought on “COLEMAN: Mayoral Polls are Poor Predictors: Horwath and Loomis Know This”