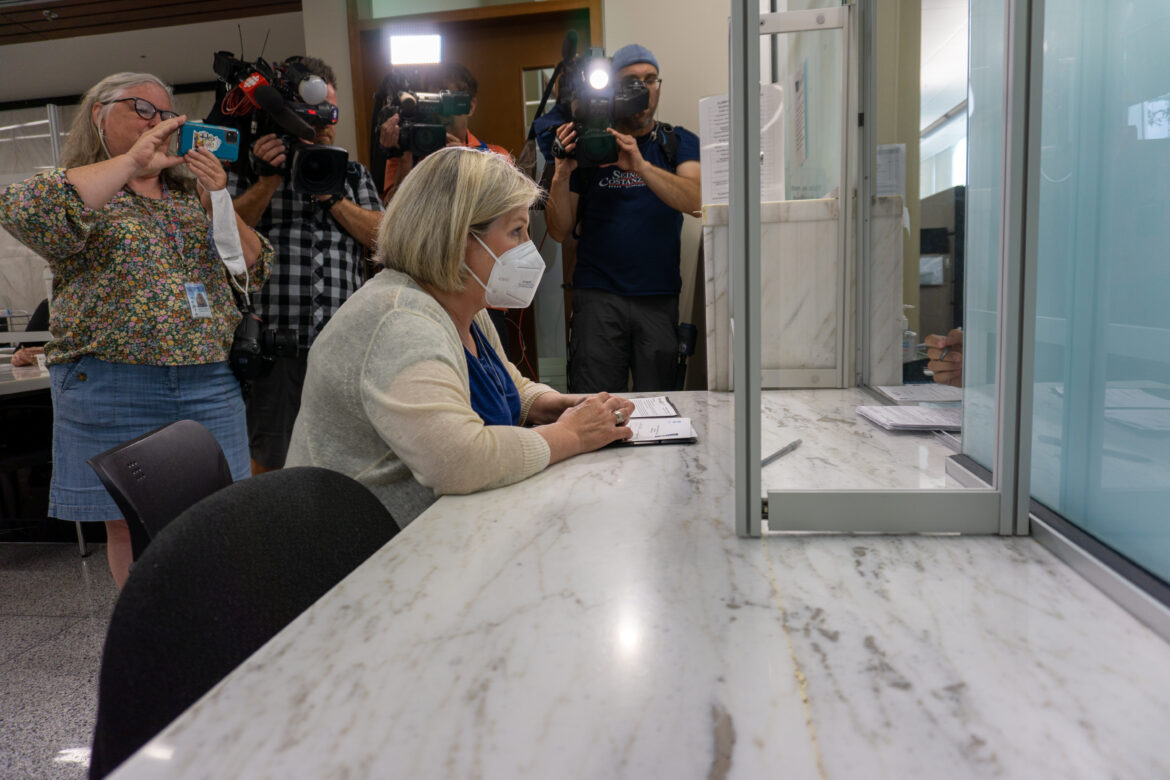 Hamilton Mayoral candidate Andrea Horwath has until August 19th at 2:00 p.m. to resign her seat as MPP for Hamilton Centre.

Horwath announced her candidate to be Hamilton’s next mayor earlier today. She confirmed she will resign as a MPP in the coming days.

The Municipal Elections Act states members of the Legislative Assembly can be nominated candidates, “but, if” they are still a member “as of the close of nominations on nomination day of the election, the nomination shall be rejected by the clerk.”

Nomination day is the third Friday in August. Nominations close at 2:00 p.m. that day.

The MEA was amended in 2002 and clarified this deadline. Prior to 2002, the timing was open to the intepretation of individuals municipal clerks.