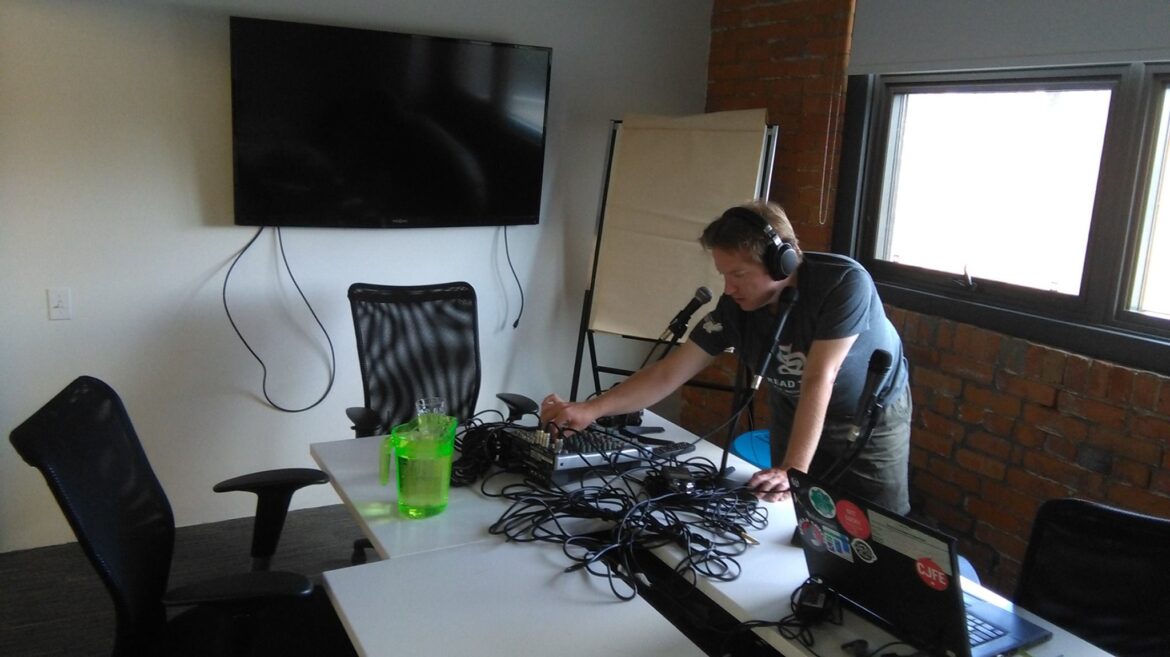 Joey Coleman in the TPR office, circa 2018, preparing to record a podcast interview.

After today’s Andrea Horwath campaign launch announcement, a person tweeted that her opponent Keanin Loomis had shown up at Horwath’s campaign announcement.

I was concerned. How did I miss that?

They tweeted he gave an interview to CHCH. I went to YouTube, the interview was at 8:30 a.m. and down the street from Horwath’s 9:30 a.m. announcement.

During Horwath’s announcement, I looked around the crowd on Commonwealth Square and did not see anyone I recognized from other campaigns.

Much later in the day, a few people wondered if one of the people in the background during Horwath’s announcement was former Hamilton MPP Paul Miller.

It would be quite the story if Miller were there, afterall, as Ontario NDP leader Horwath booted him from the party.

Miller was not there.

In the post-COVID age of livestreaming and routine video conferencing, I (and other journalists) show up to ensure we do not miss the stories we need to share with you.