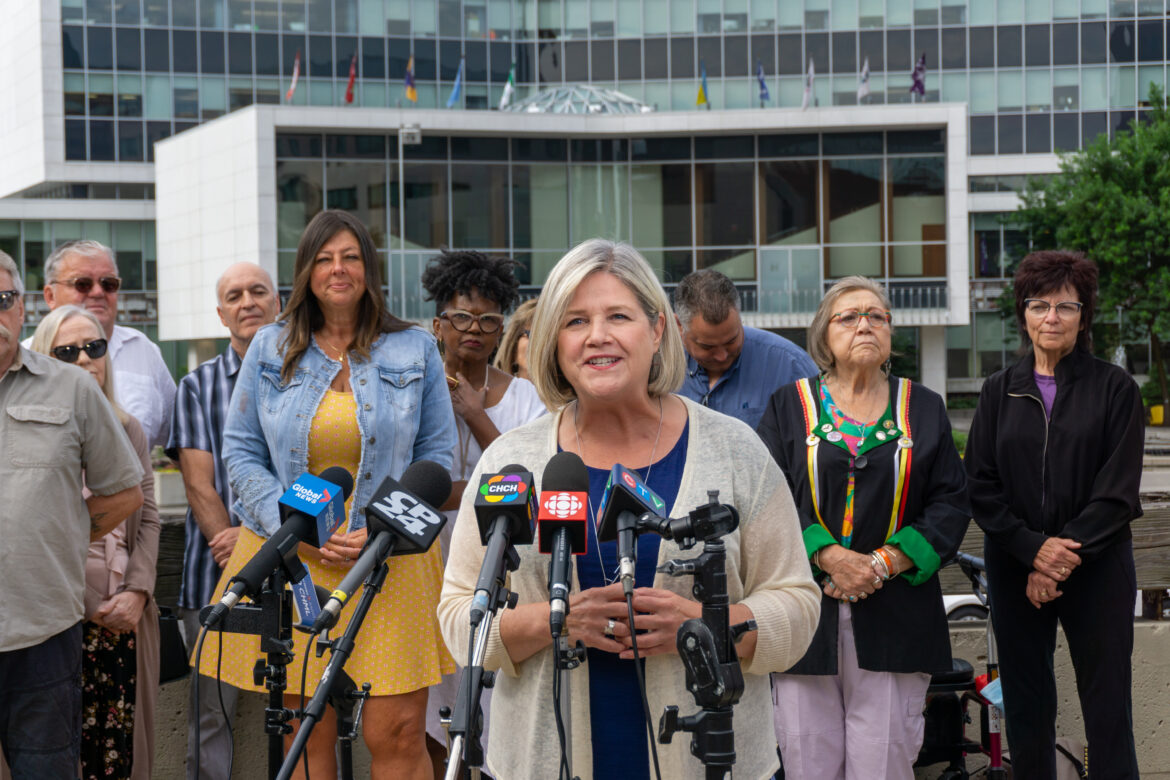 Twenty-five years ago, Hamiltonians were cleaning up from the environmental disaster that was Plastimet.

They were growing concerned that City Council was no longer looking out for ‘what is best for people’ and that a stagnant council full of decade-long career politicians who no longer fought ‘for the concerns of the community.’

Today, she is a serious mayoral candidate.

Back then, that day’s Old Guard dismissed her.

Only two weeks before his defeat, incumbent Alderman Bill McCulloch mockingly dismissed all challengers to his reign, “I know that they are saying ‘get rid of the old people.’ Let me suggest the ward needs one person with experience. If all of sudden they were to get rid of everyone with experience, the new people wouldn’t know where the washroom is.”

The October 31, 1997 edition of The Hamilton Spectator ran that quote, with McCulloch adding, “People may want to make a decision to get rid of one of us and keep the other.” 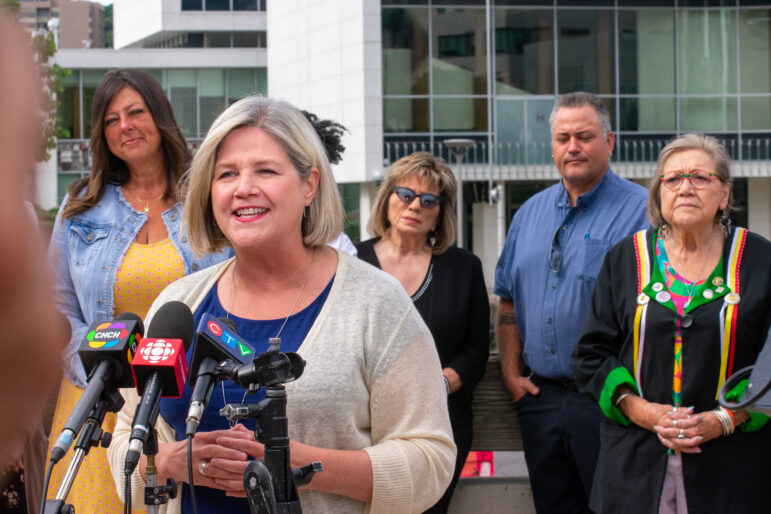 After 31 and 25 years on Council, McCulloch and Vince Agro were defeated by 35-year-old Andrea Horwath. [Before amalgamation in 2001, the were two aldermen per ward]

“I’m hearing people really want a change at city hall. Everywhere in the ward people are saying it,” Horwath said during the campaign, and she earned her victory.

The year prior, Horwath co-chaired the committee that organized the largest march in Hamilton’s history, the February 23, 1996 Day of Action, in protest of the Progressive Conservative government of Ontario Premier Mike Harris.

Horwath was the community organizations co-chair, having earned much praise and credibility for her tenant advocacy as a community development worker at McQuesten Legal Services and as co-chair of the Hamilton-Wentworth Coalition for Social Justice. 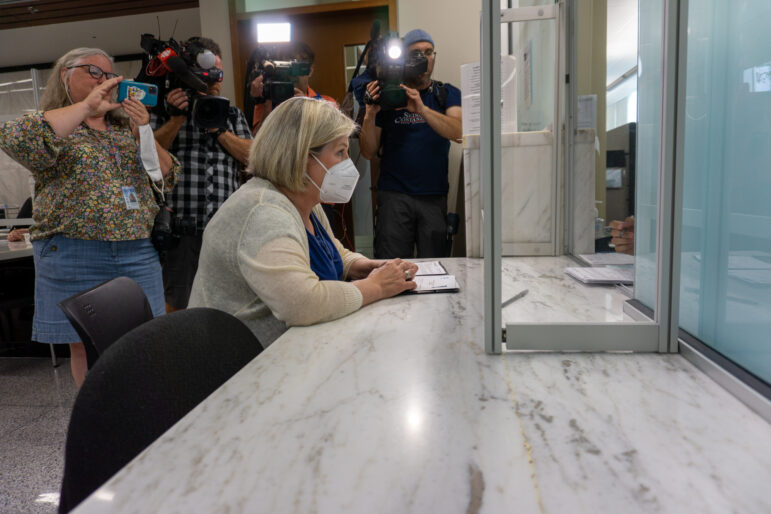 Horwath leveraged the relationships she built prior to joining City Council to steer the Downtown Partnership.

Tasked to create a vision to restore Downtown, in 1998, the Partnership recommended converting one-way streets back to two-way traffic.

Horwath worked to convince a skeptical opposed Regional Council to implement the recommendation.

In 2000, during its final meeting before dissolution, Hamilton-Wentworth Regional Council passed converting James Street and John Street to two-way traffic.

Horwath continued to represent Ward 2 until 2004 when she was elected to the Provincial Parliament.

What will be her priorities as Mayor between now and 2026?

She was not answering platform questions today, prompting a CBC journalist to challenge her non-answers by stating, ” some people say that they are expecting more boldness in your opening in your introduction to this mayoral race.”

“We’re not here to announce all of the pieces of what this campaign is going to look like,” Horwath stated.

“I’m here to share with Hamiltonians that I am going to be walking across the street to file my nomination papers.”

The mayoral race is now underway. 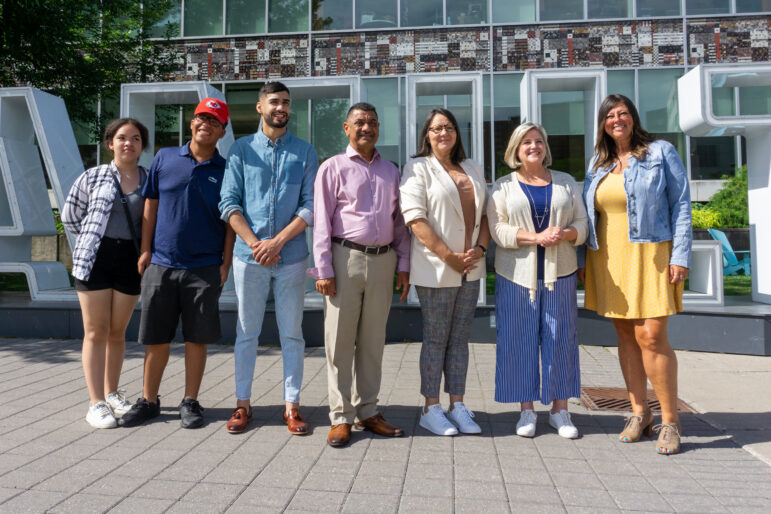 Labour Day is already the unofficial kick-off of the “real” race, which likely is why Horwath did not answer many questions today.

She’ll have plenty of endorsements to announce during the coming weeks.

The endorsements will come from across the political spectrum.

As the late Jack MacDonald, a Progressive Conservative who served as an Alderman and Mayor, wrote in one of his 1997 columns:

“Andrea Horwath is a bright young mother who has a demonstrated concern for people. Some will wonder about her NDP background, but that does not bother me. Over the years I have found no difficulty working with NDP people: Bill Foley, Bill Scanlon, Sam Lawrence and others. A concern for a better city motivated their actions. Of course they felt obliged to sing the company song from time to time, but in the end the city came first. The best current example is Alderman Dave Wilson. No member of council is more respected for his ability and integrity. Andrea Horwath is that type of person.”

“Heart problems: A declining downtown and fallout from Plastimet fire top issues in Ward 2.” The Spectator, Oct 31, 1997, pp. A8 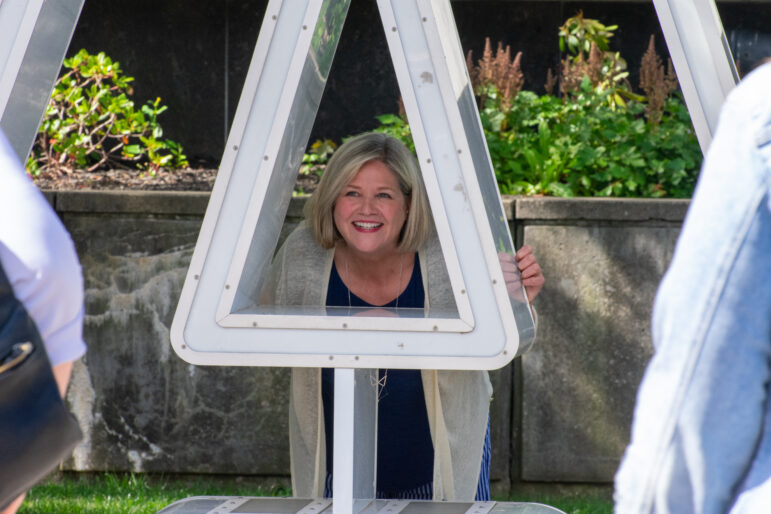 One thought on “COLEMAN: Twenty-Five Years Ago, Andrea Horwath Brought Change, Can She Do It Again”