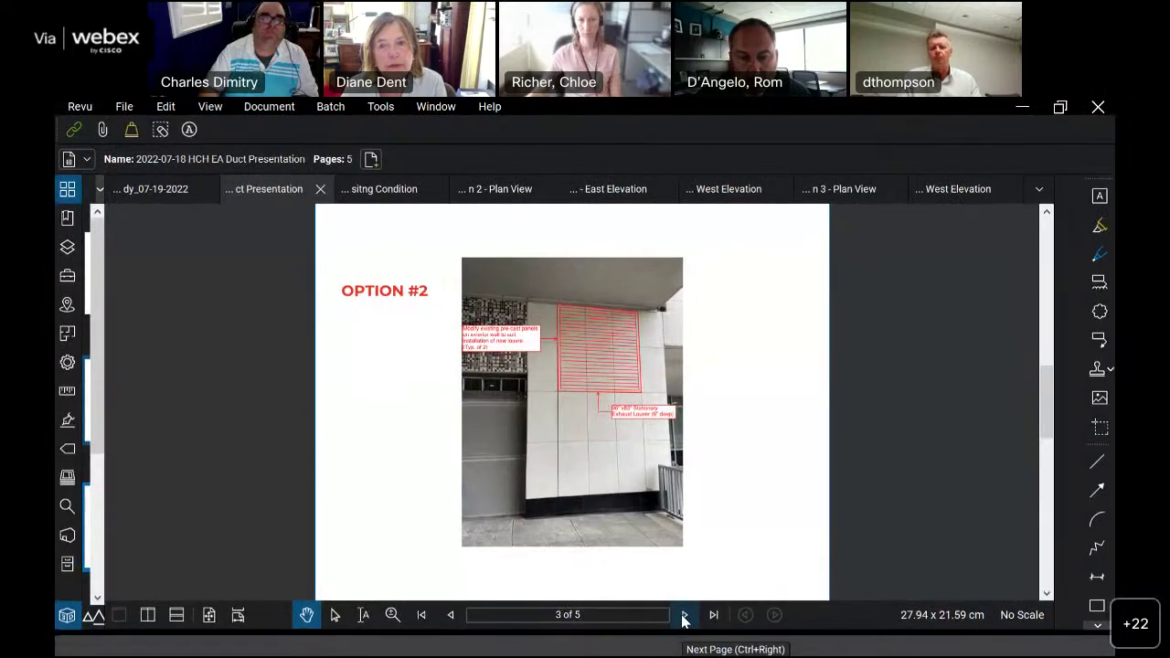 The City of Hamilton is moving forward with renovating City Hall’s HVAC system to discourage homeless individuals from gathering around City Hall.

Since City Hall opened in 1960, warm exhaust air has exited near the back doors of the building.

At the beginning of 2022, the City’s senior-most managers stated the warm air exhaust was attracting homeless people to loiter behind City Hall.

Using emergency delegated authorities, City Hall managers installed hoarding at the rear of City Hall, claiming that people loitering near the entrance posed a “fire hazard” and the “Fire Code” required the City to act.

Hamilton City Manager Janette Smith made unsubstantiated claims that Hamilton Police seized a firearm from a person and another person was wielding a six-foot spear.

The City could not provide details of these incidents, and the City stated they did not log the dates they occurred.

Asked about the alleged incidents, Hamilton Police stated they needed more information to search their records to confirm if they received weapons or firearms complaints at City Hall.

There was no press release regarding this alleged firearm.

It was not just the unsubstantiated claims that were embarrassing for City Hall.

The City has not disclosed the costs incurred installing and replacing the hoarding.

Following this, the City of Hamilton hired consultants to plan a renovation of the City Hall HVAC system.

The consultants presented some of their renovation plans to the City’s Heritage Permit Review Sub-Committee this week.

“There’s been a number of problems,” said City of Hamilton Director of Facilities Rom D’Angelo.

He stated there were “occupational health and safety problems accessing the building, as well as the overcrowding and encroaching into the doorway created a Fire Code situation.”

The City plans to move the vents to the upper portion of the external rear wall, where the warm air will “dissipated a lot a lot quicker so that there wouldn’t be that accumulation of warm air to kind of promote the gathering of folks there as Rom touched on,” said consultant Dave Thompson of WalterFedy.

The new vents will be on both sides of the rear exit area.

This will ensure the area is as cold as the surrounding environment during winter.

The Heritage Permit Committee is a Local Board under the Municipal Act, and the Act requires the City to make public all documentation presented to the Committee.

The City of Hamilton is not releasing the plans.

The City of Hamilton is not disclosing the cost of the renovations or the overall budget related to this project.