What are the issues in a municipal election?

Hamilton (and most Canadian) municipal elections usually have a single wedge issue, and maybe a theme or two in addition to that.

What will be the overriding theme of this election? All signs point to trust and change. People do not trust a City Hall already caught in three major cover-ups this term, and they want change.

What do people want change to be?

Between wards, the answer is likely to vary. Even within wards, the issues of concern can vary between neighbourhoods.

The only means candidates have to determine the issues is by canvassing door-to-door and listening to residents.

The Research Shop took the survey responses and conducted a series of spatial analyses which provide insight, especially for candidates.

For example, Question #2, “I feel safe walking to stores, schools, parks, and restaurants in my neighbourhood.” 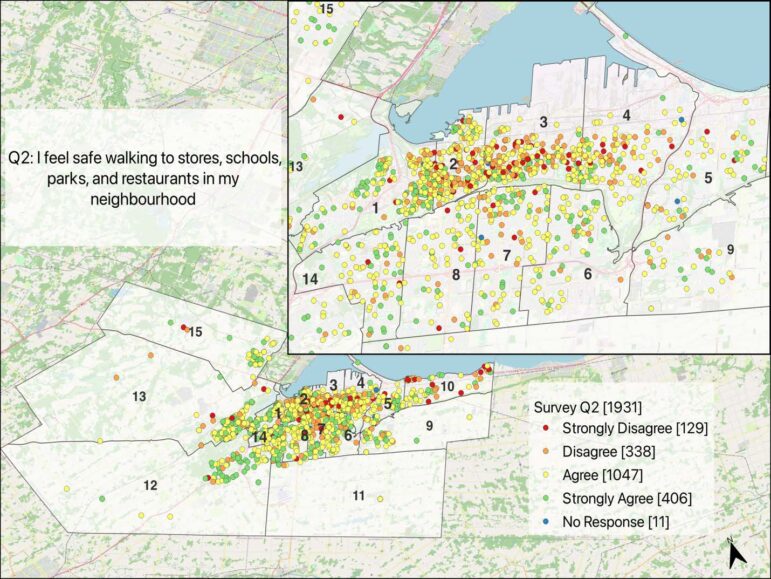 Plotted by postal code centroid, a cluster of people living along Stoney Creek’s lakefront communities strongly disagree with this statement.

This information is useful to any candidate in Ward 10. Walkability is an issue people in this neighbour agree needs to be addressed. Candidates now know to focus some energy on this.

In Ward 7, we see a cluster of concerns along Fennell Avenue in the area of Upper Wentworth. Candidates can focus on this in their canvassing of nearby homes.

Affordability is going to be a key issue in this campaign. 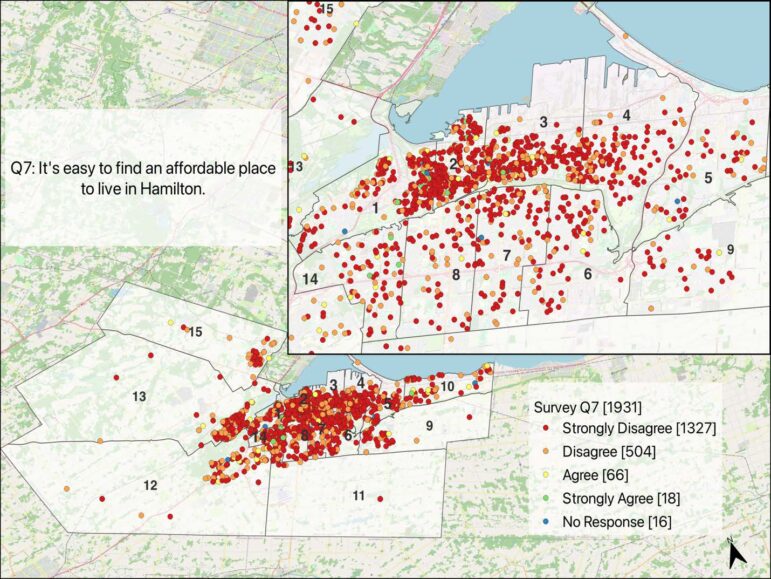 We already knew, from past IELECT materials, that the responses to “It’s easy to find an affordable place to live in Hamilton” were overwhelmingly negative.

The spatial mapping confirms this is a city-wide concern.

Every candidate will need to have a housing plan included in their platform. 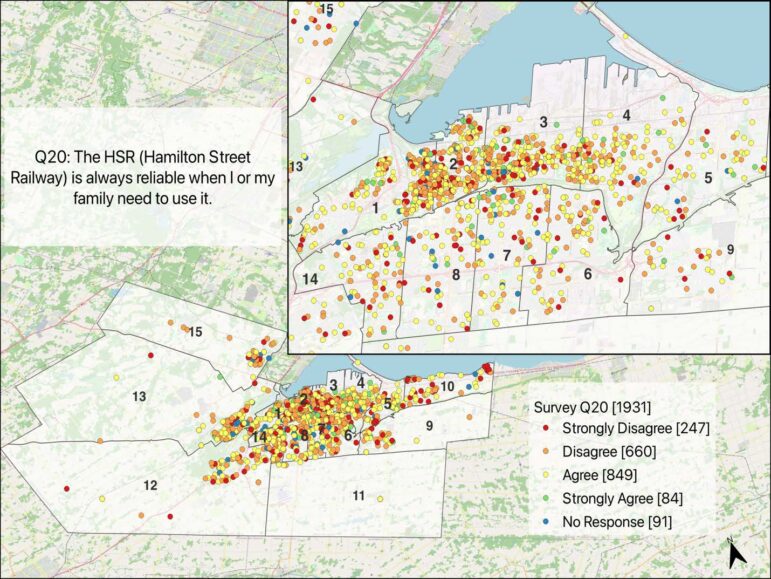 Looking at the spatial trends in the data, we can see patterns more clearly.

Interestingly, both people who agree and disagree about receiving good HSR service agree that Council is not ‘investing smartly’ in the HSR system. 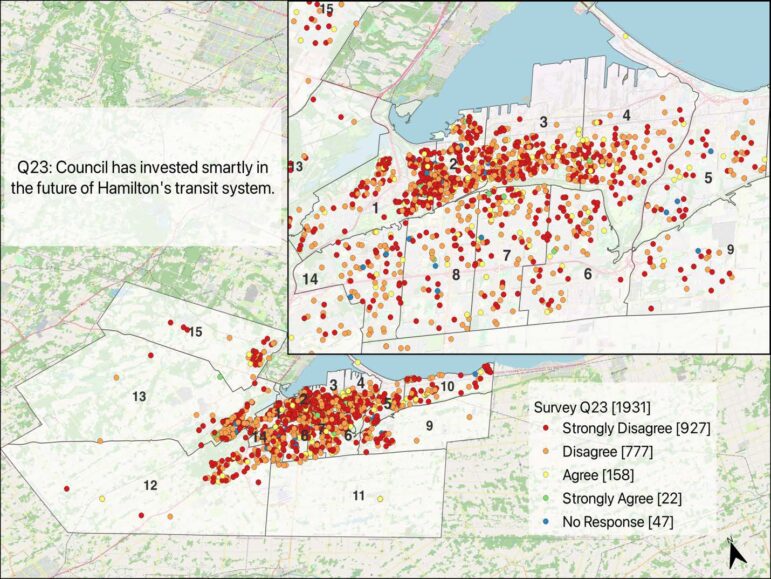 Here’s where candidates have to determine a political equation. Are people willing to pay to have more investment into transit?

It will be interesting to see if and how candidates use the data.