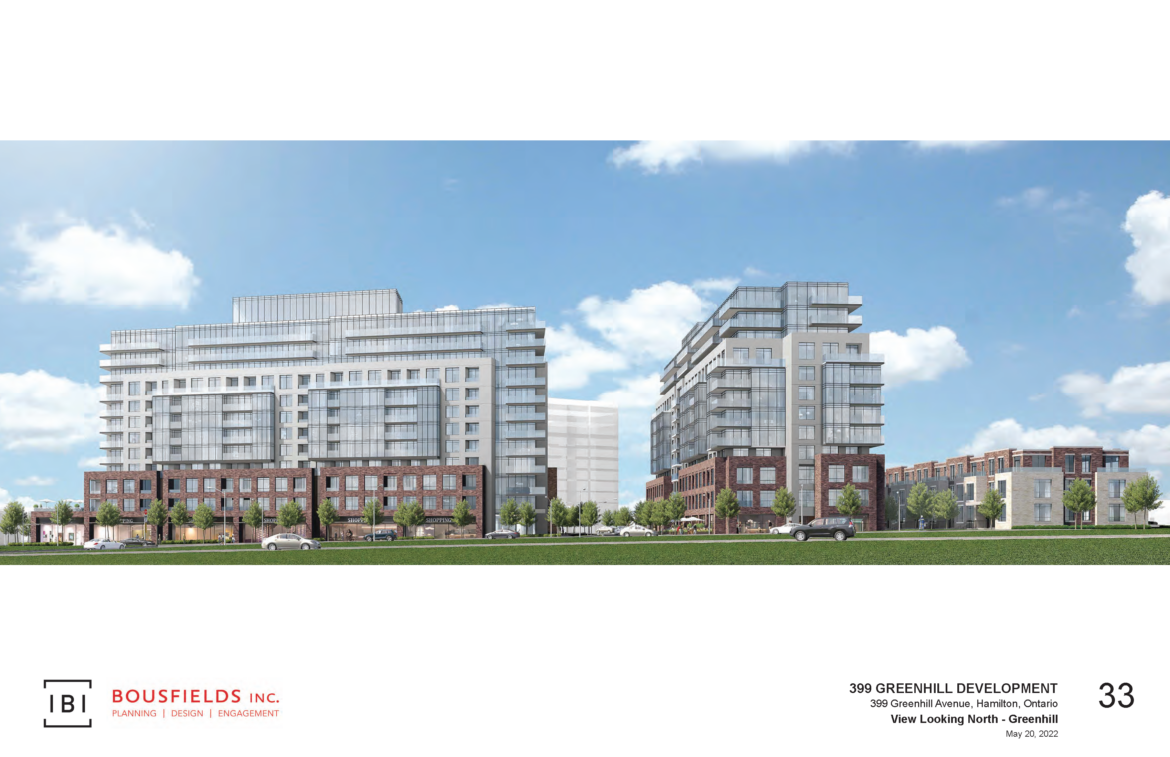 The current plaza, at the intersection of Mount Albion Road, contains a variety of services but suffers from a growing number of vacancies with the recent closure of the Food Town grocery store the most notable vacancy.

DRP members stated concerns regarding the shadowing of amenity spaces, too much density on the same, and an uninteresting built form.

“When you look at your shadow study it appears as if a large component of your amenity area, for the large part of the day is in shadow,” stated DRP Member Eldon Theodore.

Henry Burstyn, Director/Senior Practice Lead Architecture at IBI Group Architects, stated a “concern might be that there’s not enough of it, because you really want to be consistent through these three phases to allow for a continuity of materials.”

“I would only add that when redesigning this site I would suggest more variety and build form to be added and much more interest for such long slab buildings,” stated DRP Member Jana Kelemen.

DRP Member Ted Watson was more positive on the development. “I appreciate the scale of the townhomes to the east. I think that’s quite successful in the US,” adding he “appreciates the commercial along Greenhill.”

Clusiau stated, “Maybe you are overshooting the appropriate density on the sight, and maybe a little less ambitious on that level would make it easier to address some of the concerns that have been raised.”

“I think this is a totally appropriate development,” he continued. “With some refinement, it could be great, great success” 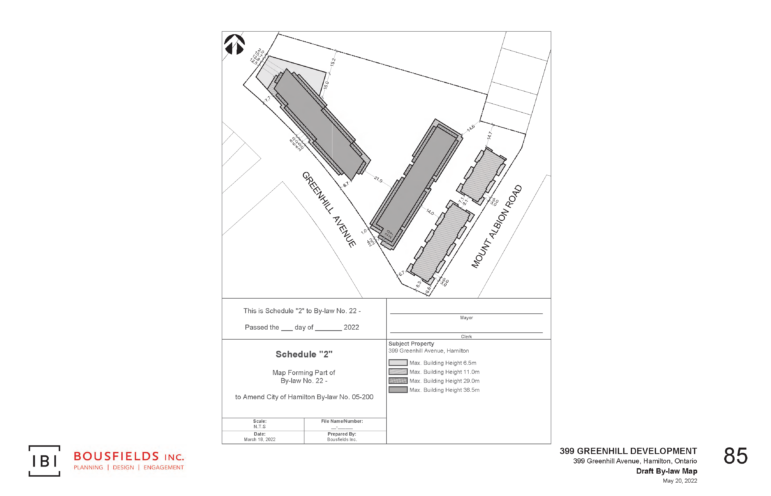 Site plan for the redevelopment of 399 Greenhill Avenue as presented to Hamilton's Design Review Panel in June 2022.