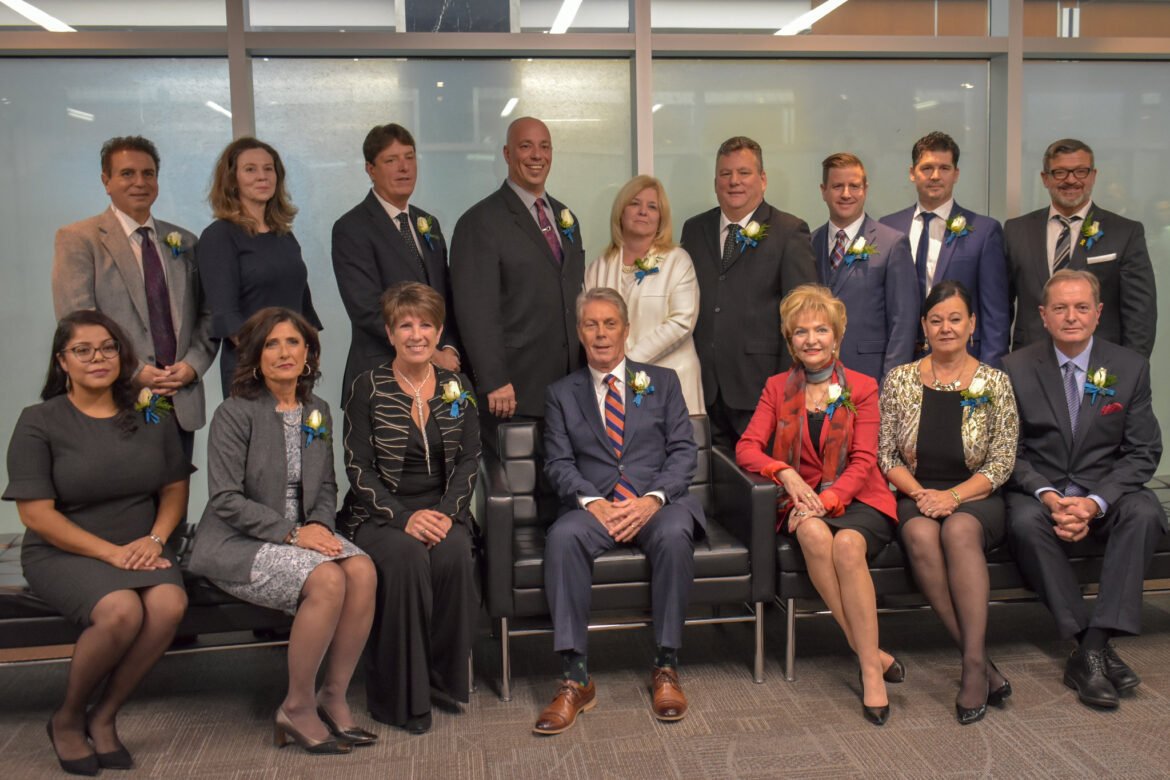 Hamilton City Council poses for their official group photograph on December 3, 2018 at the beginning of the 2018-2022 term.

Whitehead is now lashing in retaliation against those who’ve reported his wrongdoing back in 2020.

The 2020 incidents resulted in a November 2021 vote to slap him with 30 days pay suspension for his years of misbehaviour.

Hamilton’s Integrity Commissioners recommend another slap on the wrist penalty of 15 days pay suspension for each of the three new incidents.

It is Hamilton City Council that decides Whitehead’s fate on Wednesday.

Is Whitehead’s behaviour truly their “Me Too” moment, or will they continue to be an Old Boys Club?

Section 223.4(5) of the Municipal Act gives Council (and only Council) the power to suspend Whitehead’s pay for up to 90 days for each incident, 270 days in total.

Council can take “other actions” in response to Whitehead’s misconduct, “so long as those other actions are remedial in nature and are not being used for a punitive purpose.” [See Magder v Ford, 2013 ONSC 263]

These “other actions” should not interfere with the Councillor’s ability to represent his constituents and discharge his duties.

[See Dhillon v. The Corporation of the City of Brampton, 2021 ONSC 4165 in which the Divisional Court quashed council imposed restrictions for overbreadth.]

There are 145 days remaining in this Council term following Wednesday’s meeting.  If Council imposes a 270-day suspension, it will continue into the next term if Whitehead is re-elected to Council, otherwise, the pay suspension ends on November 14 with the term.

Many options are available to Council, especially since the Municipal Act was amended in 2020 to allow electronic participation in meetings.

In one of the recent incidents, Whitehead attended City Hall and showed up unannounced to berate the City Clerk in the Clerk’s office.

His behaviour would violate the City’s Zero Tolerance for Violence Policy except for the fact that Councillors are exempt from the zero-tolerance policy.

Ward 15 Councillor Judi Partridge told the Integrity Commissioners that she is experiencing “anxiety” and “stress” about returning to City Hall because Whitehead’s office is across from hers.

In light of these facts, there are many options available to Council to take remedial action.

Can Whitehead Be Prohibited From Attending City Hall In Person, Pending Treatment for His Personal Issues?

The Municipal Act‘s 2020 COVID amendments allow council meetings to occur electronically. The first election meeting amendment on March 19, 2020 was for the state of emergency, this was made permanent in a July 21, 2020 amendment to the Act.

This removes the barrier to prohibiting councillors from entering municipal buildings to attend council meetings.

In R. v. Gammie, 2017 ONSC 7376, the Superior Court dealt with the case of a councillor charged with assault against their town’s deputy mayor.

Gammie’s bail conditions were imposed in 2017, before the Municipal Act changes of January 1, 2018, that allowed limited electronic participation of municipal councillors in meetings.

The 2018 amendment allowed councillors to attend meetings electronically, but they were prohibited from closed session portions of the meeting and did not count for quorum.

Thus, Gammie was at risk of having his seat declared vacant if he did not physically attend a December 19, 2017 council meeting.

In a December 8, 2017 ruling, Justice Lucy K. McSweeney granted Gammie permission to attend that meeting “only.” He was permitted to attend at the beginning for “only as long as is required for the Chair to confirm that his attendance is registered for the purpose of the minutes.”

Gammie volunteered to “seek the presence of a police officer for the duration of his attendance, at his own expense” and this was ordered by the Judge.

Justice McSweeney noted that if not for the fact Gammie’s seat be declared vacant, she “would have dismissed this application and left the parties to arrange remote attendance after January 1, 2018.”

Justice McSweeney accepted this evidence, finding the Crown established that “Mr. Gammie’s attendance at the TSBP premises and in-person participation at council meetings continues to pose an unacceptable risk to those who work at TBSP premises and are required to attend council meetings.”

Further, the Justice noted that Gammie had not pursued counselling (para 14).

This indicates a possibility the Superior Court will allow prohibitions upon municipal councillors’ physical attendance at council meetings.

It is clear that if Hamilton City Council imposes a condition that Whitehead be restricted from City Hall until such time as he is undergoing counselling or other appropriate remedial treatment, the City has an arguable case this action will not interfere with his rights as an elected official.

This question will be answered during Wednesday’s Council meeting, or will they continue to deliver empty platitudes and more lies posing as excuses?