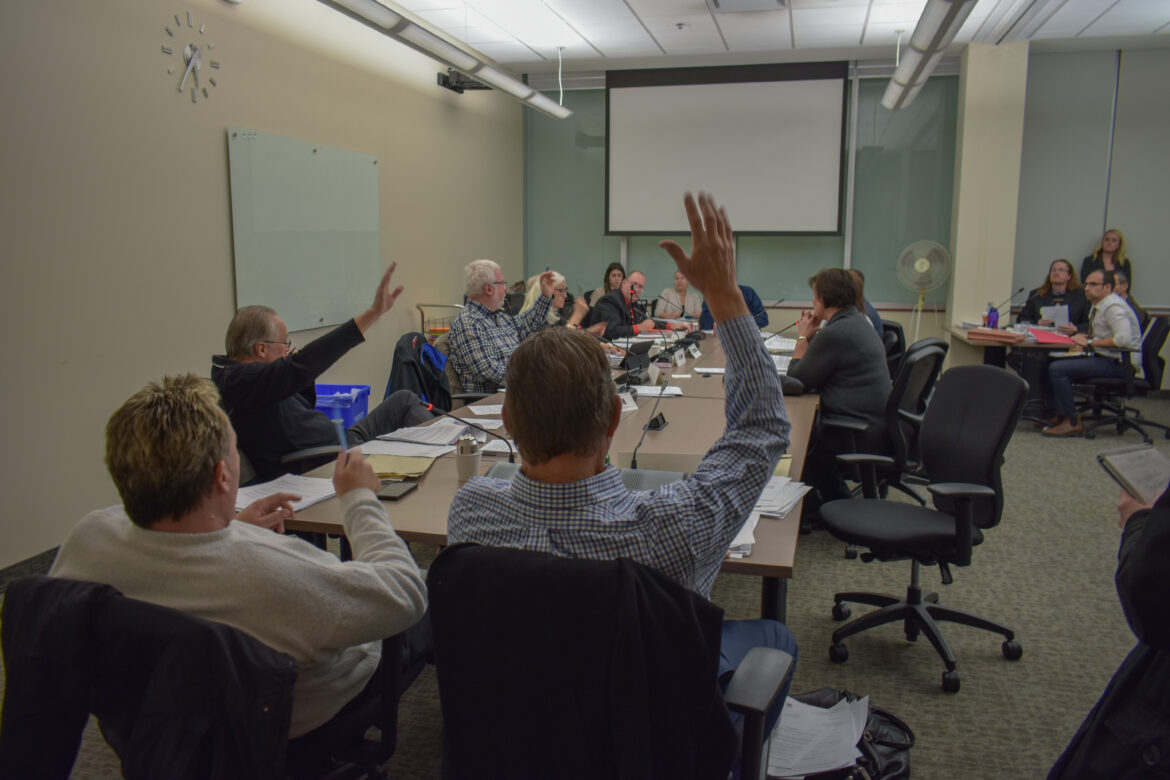 Hamilton's Committee of Adjustment during a December 2018 meeting.

The City of Hamilton is reversing plans to end electronic participation at the powerful Committee of Adjustment.

The City had planned to return the CoA to an in-person-only format, with no live streaming nor electronic delegations, beginning on May 26.

Following public uproar after TPR reported on the plan in an April 10, 2022 story, the City delayed the resumption of in-person meetings.

During the COA’s videoconference meeting on Thursday, May 26, 2022, the committee voted to continue meeting by videoconference until they can create a plan for hybrid meetings which will allow citizens to participate by video.

“I think that, especially in today’s environment, it’s important that we do everything possible to allow people to attend meetings, and it doesn’t make sense that we now have the technology that we wouldn’t use it,” stated CoA Member Bob Charters.

He says it is important that “people that are working can still be able to come online” to delegate to the CoA.

“I just think it’s a much better system for the public.”

The Committee of Adjustment’s meetings will remain by video conference for the foreseeable future until new procedures can be put in place.

The City will need to set up public meeting rooms at City Hall to enable hybrid meetings outside of Council meetings.