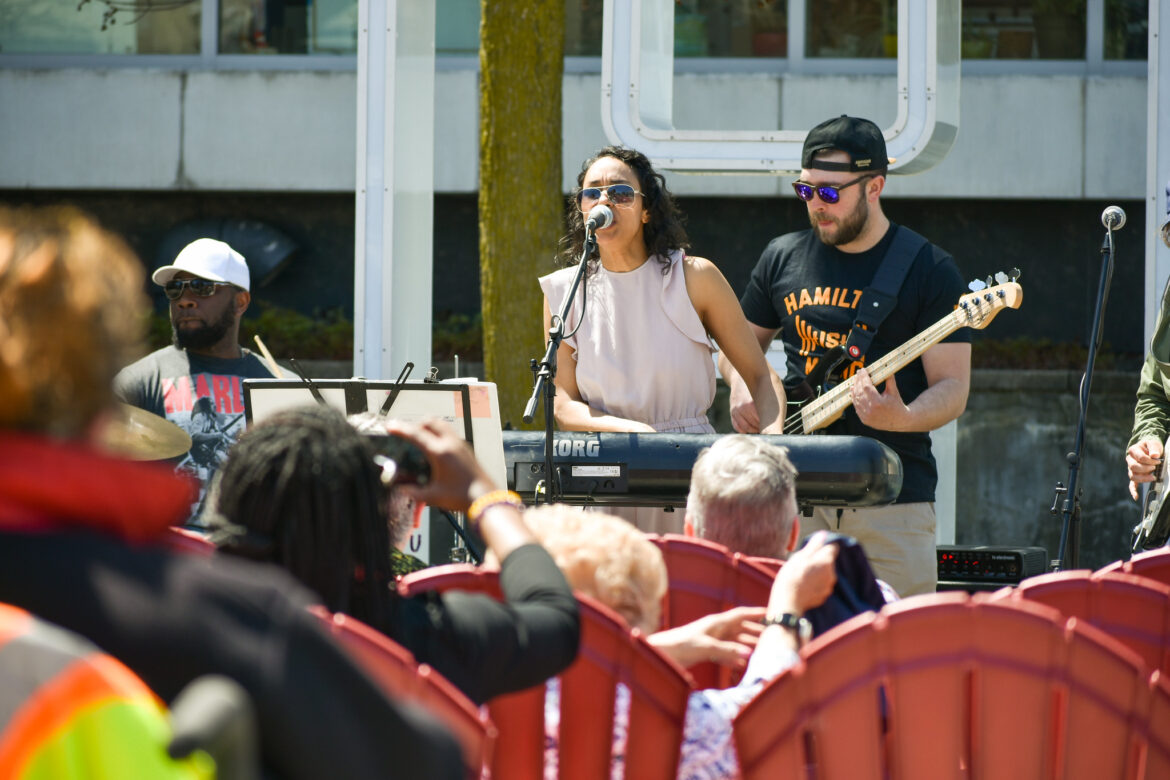 Bonnie Hamilton performs at Music Monday in front of Hamilton City Hall on May 9, 2019

The City of Hamilton is funding a summer concert series this year which will see one concert in each of Hamilton’s 13 Business Improvement Areas.

“The program builds on the Music Mondays model,” says the City’s Director of Tourist and Culture Carrie Brooks-Joiner.

She says the City is responding to requests to expand from “being exclusively offered at City Hall to being available across the city.”

The City will fund all costs for BIAs to host one concert with two artists for a 90-minute show, Brooks-Joiner says.

“We want to showcase the diverse artists that are practicing music within our community, as well as the variety of musical genres that are available and active in the community,” says Senior Project Manager of Animation and Placemaking Sarah Ehmke.

The program is not just exclusive to BIAs. Other commercial areas can apply to host concerts. More information will be released in the coming weeks.