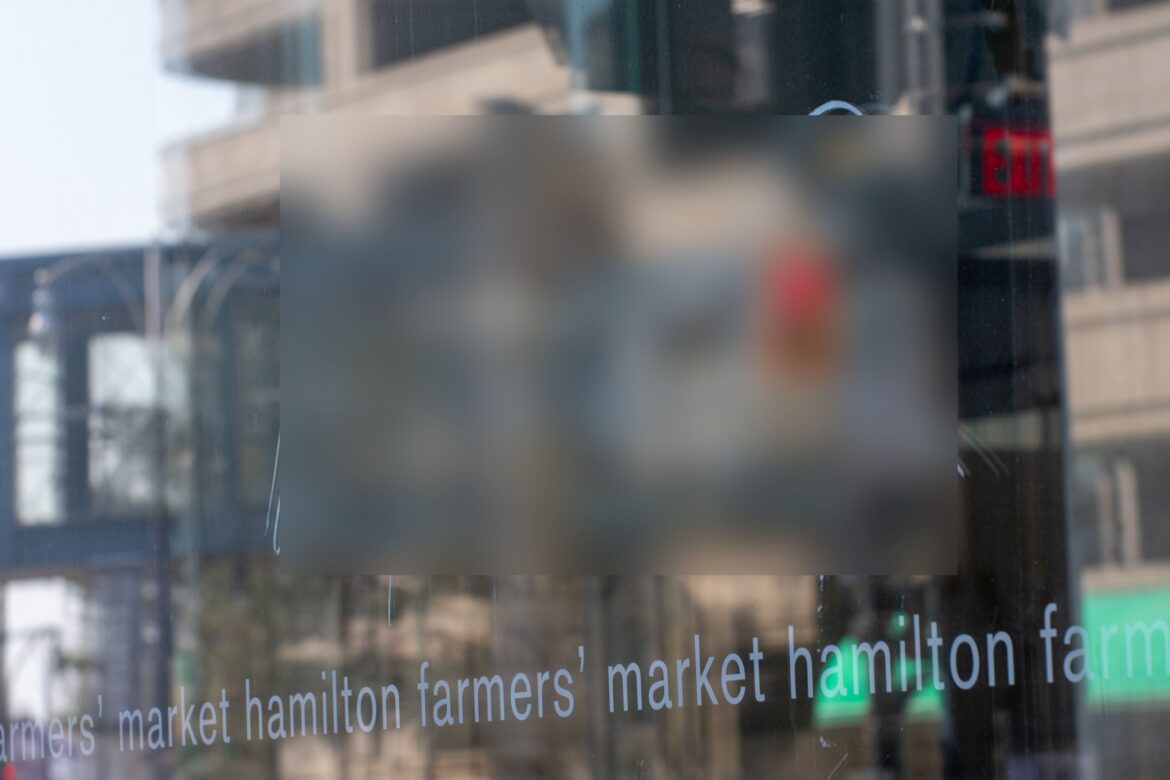 Racism graffiti was tagged upon the windows surrounding the Hamilton Farmers Market during the morning of March 18, 2022

Hamilton Police are investigating after hateful and racist graffiti was tagged upon the windows of the Hamilton Farmers Market’s main entrance at 35 York Blvd in Downtown Hamilton.

The tags include white supremacist statements, racial slurs, and a large Nazi swastika on the main entry door.

Police are asking the public to “check their security cameras between the hours of 1:00 a.m. and 2:15 a.m. for any suspicious activity and to contact police.”

Police also ask anyone who drove in the area during this time and dash camera video to contact detectives.

The Public Record reported the tags around 9:30 am to the City of Hamilton.

Following TPR‘s inquiry, the City contacted Hamilton Police who arrived at approximately 10:30 am.

Police forensic unit officers collected evidence and received copies of security video from the Hamilton Public Library which manages security for the building.

The Market is located in the basement level of the building which houses the Central Branch and administrative offices of the Library.

HARRC notes the Market is both an essential place to purchase food and a significant community gathering place.

George says it is important for people to be and feel safe in all public spaces.

HARRC plans to post signs at the Market this afternoon to declare the area a Hate-Free Zone and ensure people not this morning’s hateful act is not accepted by the community at large.