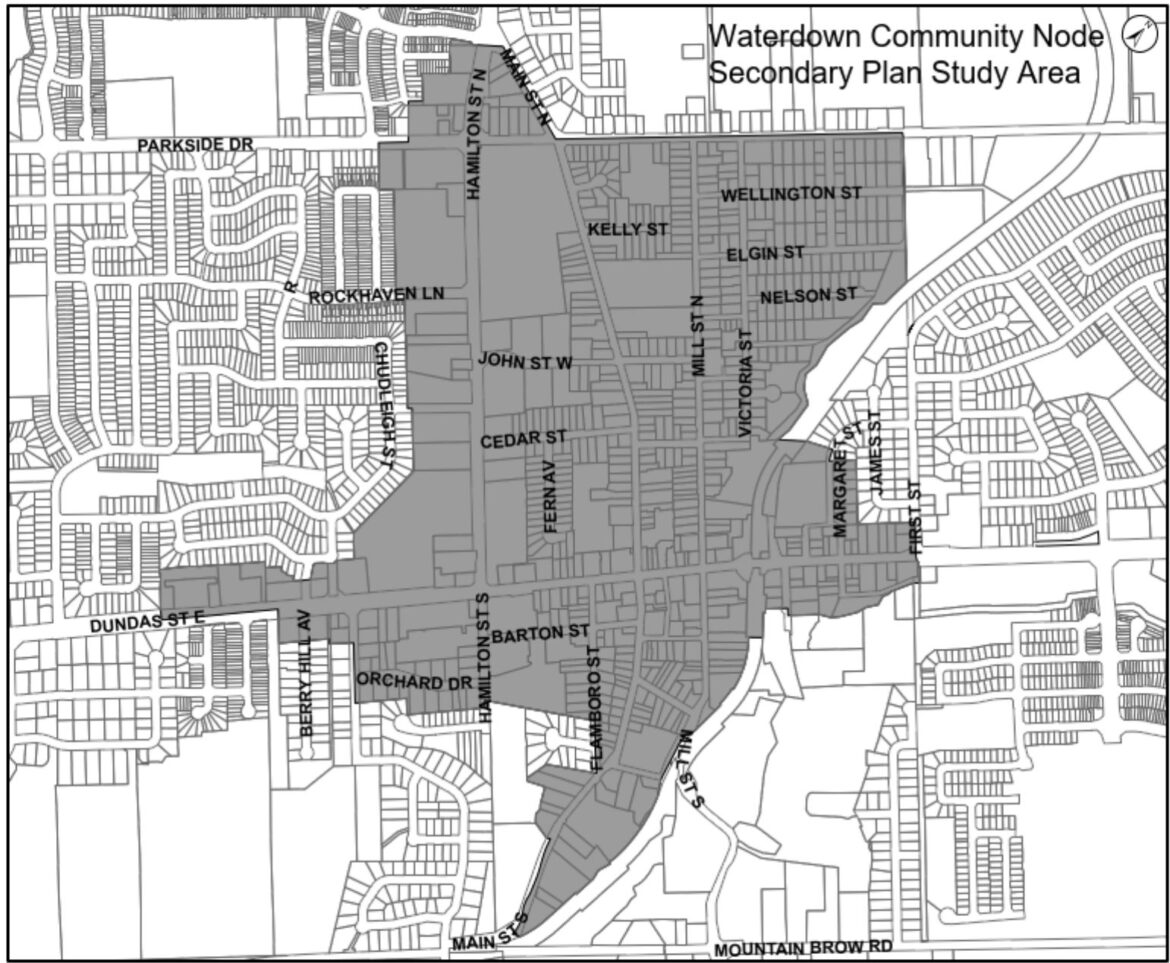 The plans will work together to guide the transition of Waterdown’s residential core to a pedestrian-friendly form while enabling conversion of suburban commercial plazas to mixed-use while retaining the pre-confederation neighbourhood character of the original Euro-Canadian settlement area centred on Dundas Street around the Grindstone Creek.

Ward 15 Councillor Judi Partridge, who represents Waterdown and initiated the planning, says the new plans will “protect the heritage within Waterdown and Flamborough.”

“40 Mill Street North and the other properties that the councillor mentioned are located within the existing Millstreet Heritage Conservation District and are therefore designated under Part V (five) of the Ontario Heritage Act,” stated City of Hamilton Planner Melanie Pham.

The new Secondary Plan limits properties to “three storeys within that area to maintain the small scale character of that portion of the core,” she added.

Clr Maureen Wilson commended Partridge for initiating and working on the plans.

The Waterdown Transportation Master Plan says the City needs to add transit service connections west on Dundas Street into Burlington, and direct transit east to Downtown Hamilton. Additionally, the plan maps out plans for a network of bicycle and pedestrian routes to enable local trips to be taken by active transportation.

“We know where we are today with the traffic concerns, which are which are just ridiculous,” Partridge stated. “The sooner the last extension of the bypass is built, the better.”

Partridge asked how concerned Council and the community should be regarding rumours the Province will overrule local planning as part of expected Planning Act changes.

“I’m not anticipating that we will see in the short term, any of the significant provincial changes around that anything could happen after an election,” Robichaud stated. Adding he is “confident that we can still proceed with a secondary plan today, and that we will then obviously respond to any provincial changes as they come down the pipeline.”

Councillors approved the plan unanimously. It needs to be ratified by the full City Council at the March 30, 2022 ratification meeting.