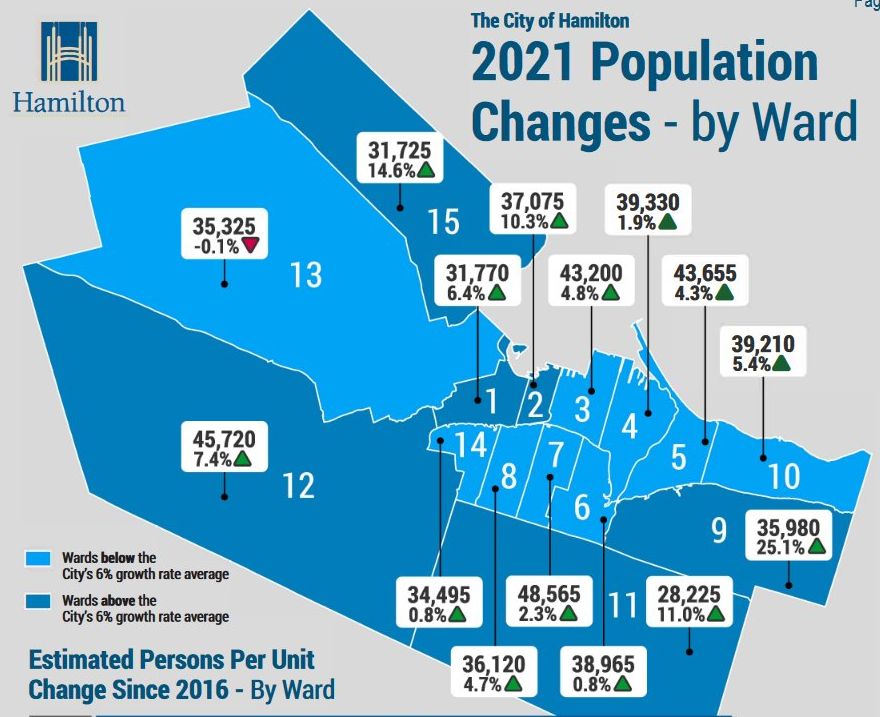 The City of Hamilton’s Planning and Economic Development department just released its preliminary analysis of the 2021 federal census population data.

General Manager of PED Jason Thorne writes the population increased in every ward except Ward 13 where “there was a minor population decline.”

Hamilton exceeded its 2021 population projection by 1,755 persons, with the census reporting 584,755 persons living in our city.