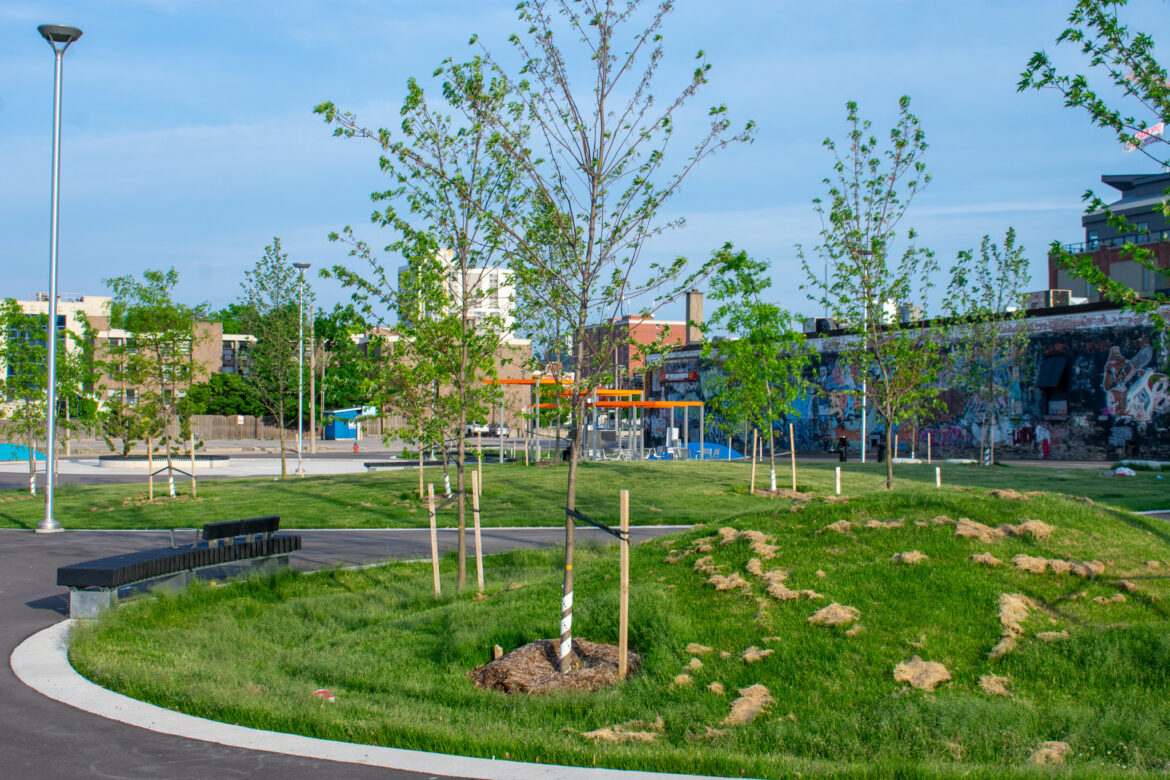 Hamilton's John and Rebecca Park in June 2020. The park, built on land previously used as a municipal parking lot, opening in November 2019.

The City of Hamilton is considering road closures to create more park space as part of its review of the Parks Master Plan.

“That means finding and acquiring land in possibly non-traditional places. Closing streets for parkland, using surface parking lots … using former landfill sites or brownfield sites, to help offset that deficiency and look at where we can expand and create parkland in some of our existing neighbourhoods.”

Hamilton’s newest downtown park at John and Rebecca is on land previously used as a municipal parking lot.

Vandriel states the City wants to look at partnerships with the development community to create public access to parks on private lands, including “long term leases, joint provisioning, and public access agreements.”

The City will consider waivers or reductions in parkland dedication fees as part of agreements. Depending on location, these fees range from $5,000 per unit to $8,000 per unit for multiple dwelling developments.

The DILG is one of the first consultations of the review. The City is meeting with various stakeholder groups, including “school boards, community organizations, environmental groups” before launching wider public engagement.

Vandriel states staff plan to present recommendations to City Council “in the fall of this year.”

Representations of the development industry are requesting the City consider allowing parks to over underground parking structures.

Vandriel says there will be a public consultation portal on Engage Hamilton.