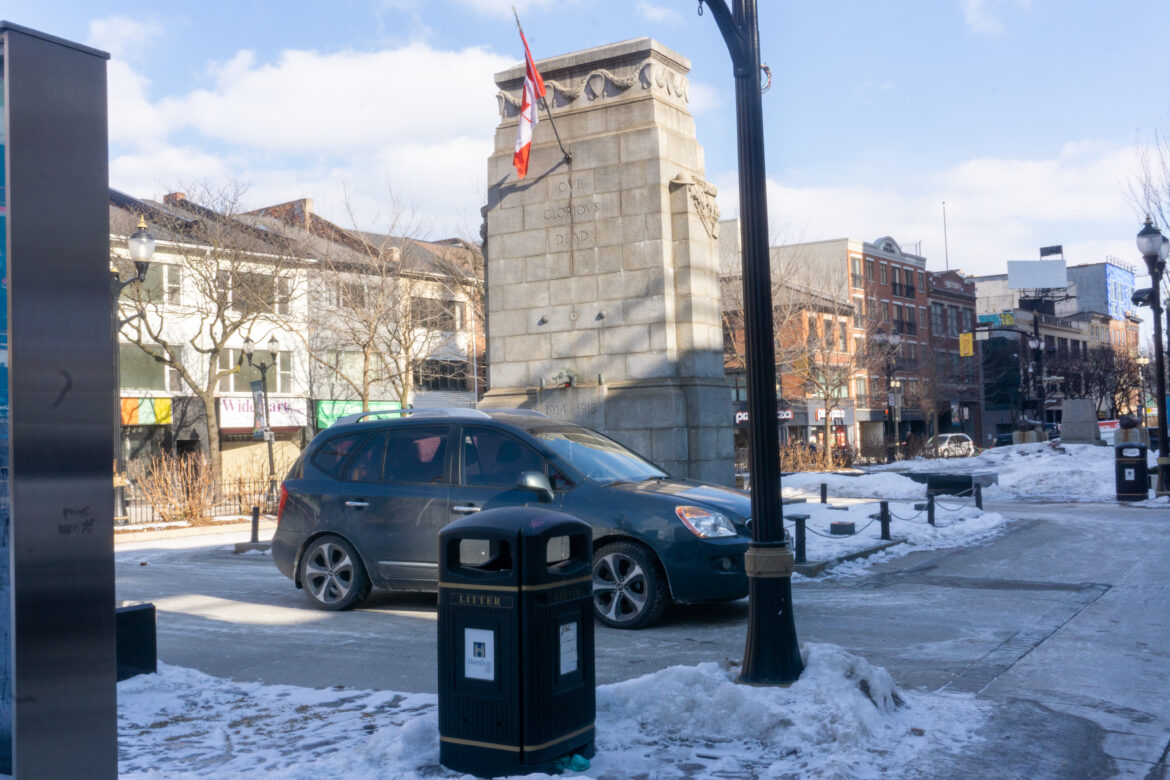 A Vehicle Parked beside Hamilton's Cenotaph on February 15, 2022

Following a request by Hamilton’s Veterans Committee, the City of Hamilton says it will no longer allow parking beside Hamilton’s Cenotaph.

The Veterans Committee was told Tuesday the City will be taking measures in response.

The east side of Gore Park in Downtown Hamilton is often used by various vehicles for parking as the City does not enforce parking regulations in this zone.

In recent months, cars and construction equipment have begun parking directly beside the Cenotaph.

An increasing number of vehicles are parking on both sides of King Street and the sidewalk, with construction workers, people picking up burritos, and people attending the courthouse all competing to find space for their vehicles.

The update did not include information regarding if the City will begin enforcing other parking regulations in Gore Park.