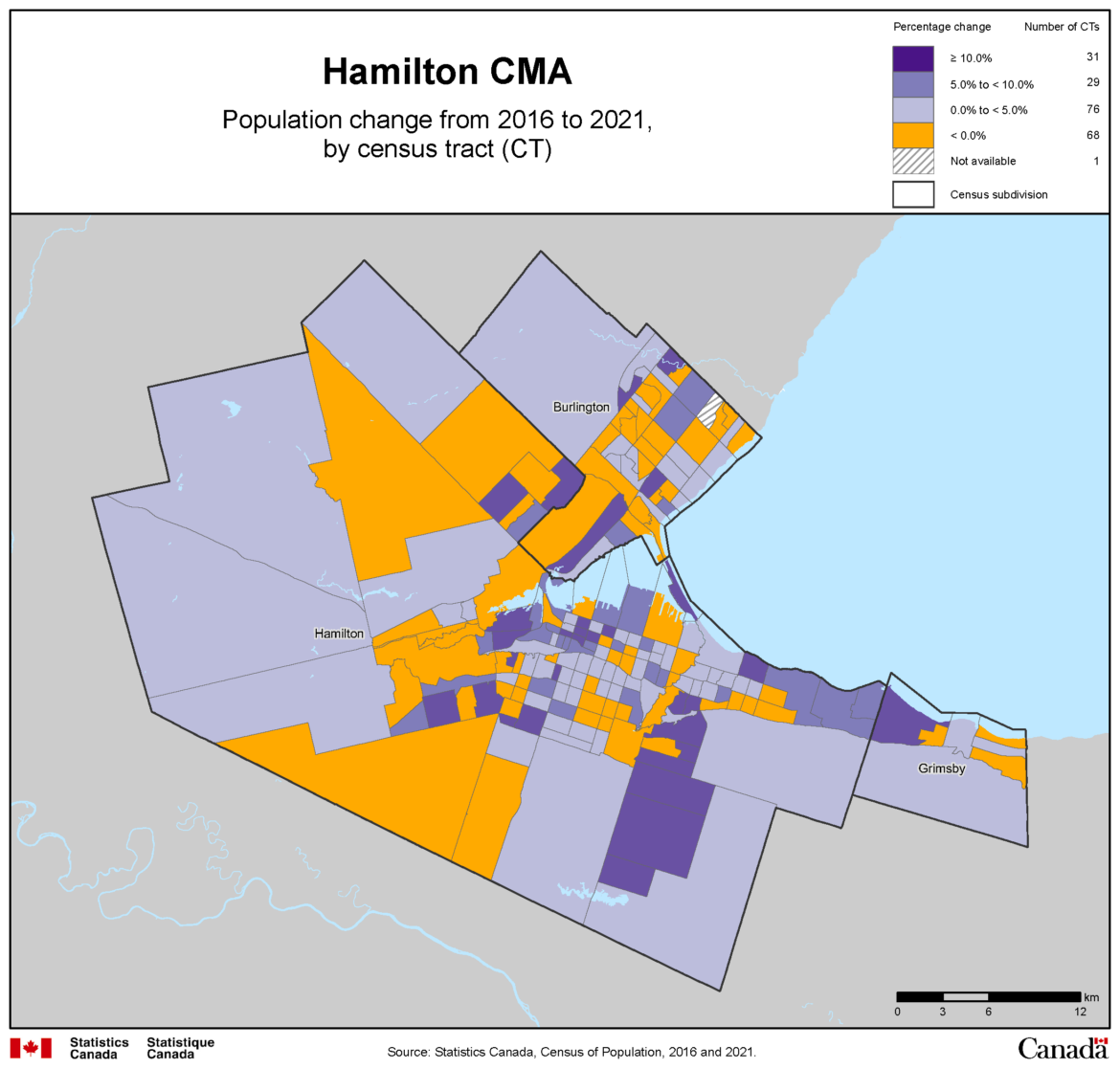 11.7 percent of population growth during these five years occurred within or close to the provincially defined Downtown Hamilton Urban Growth Centre. [See map embedded directly below] 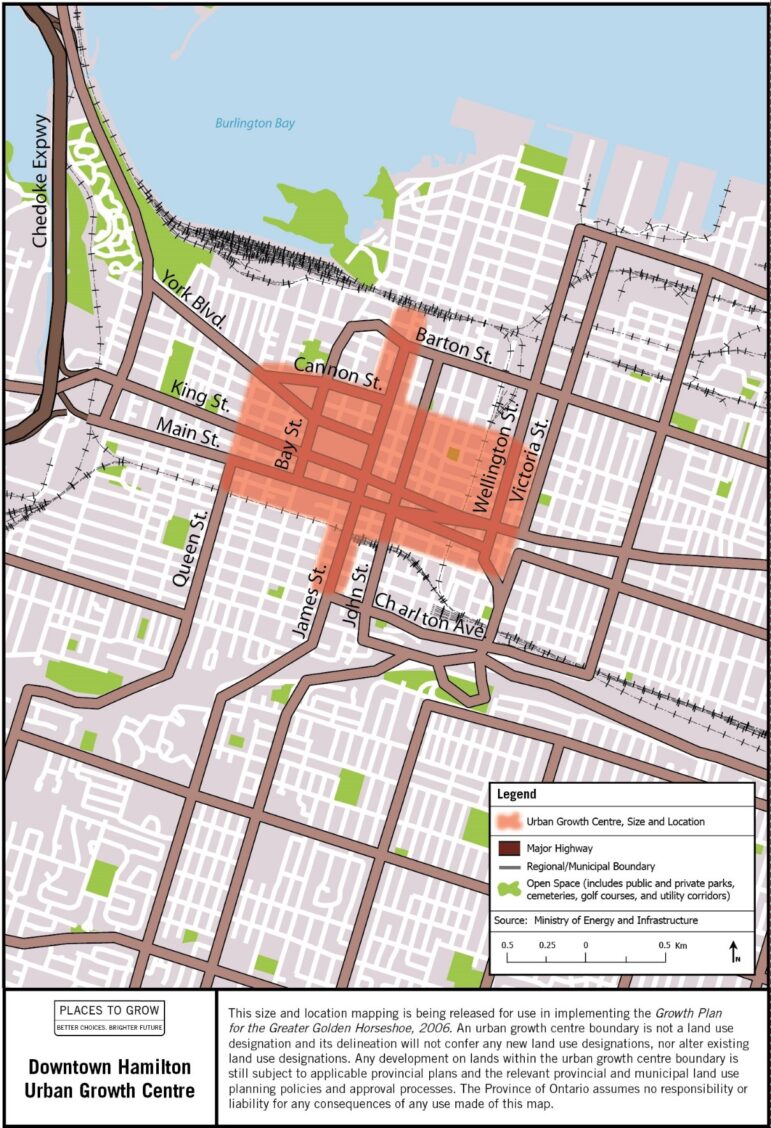 The population living between Queen Street to Wellington Street, between the Escarpment and CN rail line, increased by 3,783 people to a total of 31,876 people.

The average population density for this area is 6,004.66 people per km².

The population of the inner-core of Hamilton’s Downtown increased by 2,165 people, increasing the inner core’s population to 11,565, an increase of 21.85 percent.

The four census tracts of the inner-core absorbed 6.7 percent of Hamilton’s overall population growth, and are expected to see a higher rate of growth between now and the next census in 2026.

The population density of Waterdown is now 1,380.56 people per km².

Two of the older neighbours of Waterdown saw slight decreases in population. The population in the areas bordering Dundas Street between Hamilton Street and Highway Six grew by 6.3 percent (CT 5370140.04). 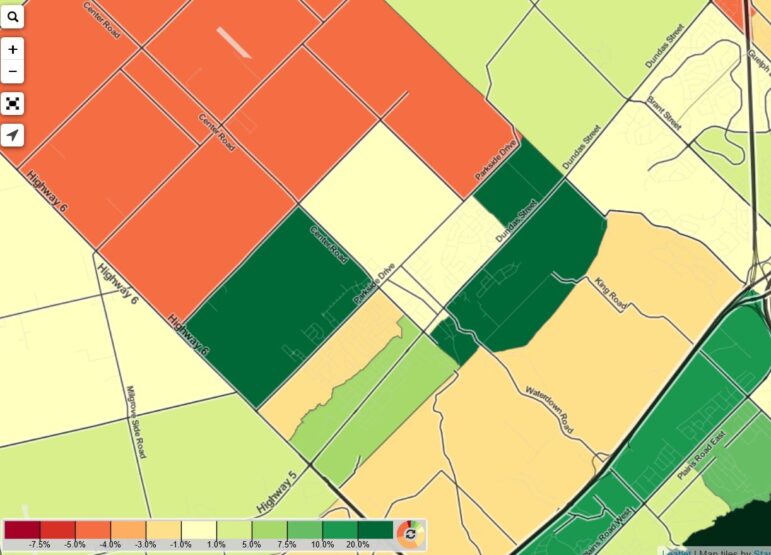 The new developments in Upper Stoney Creek increased the population of this urban area by 7,612 people.

We have to wait until population demographic profile data is released by Statistics Canada on April 27 to better determine possible reasons that can be attributed to age. 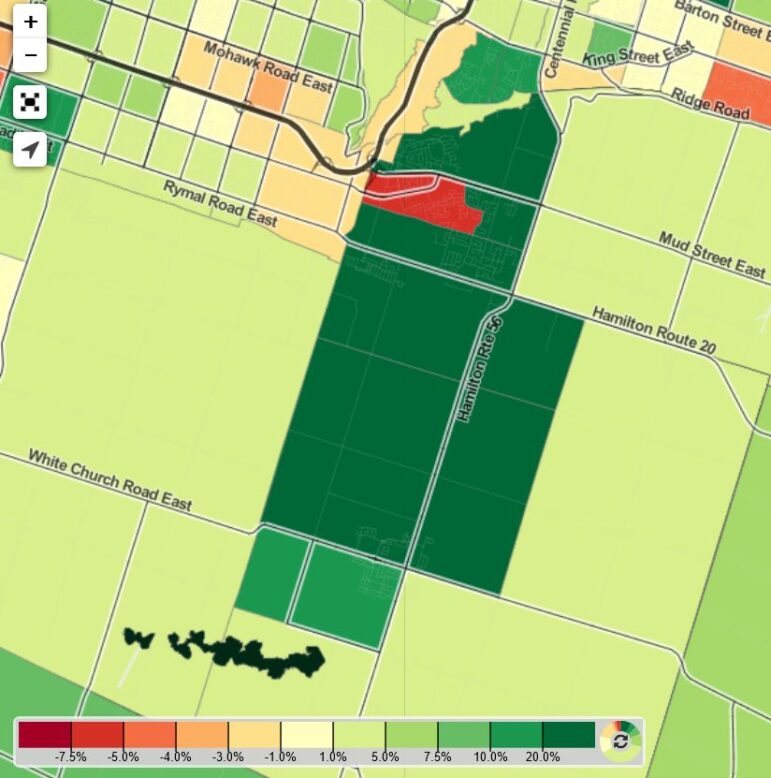