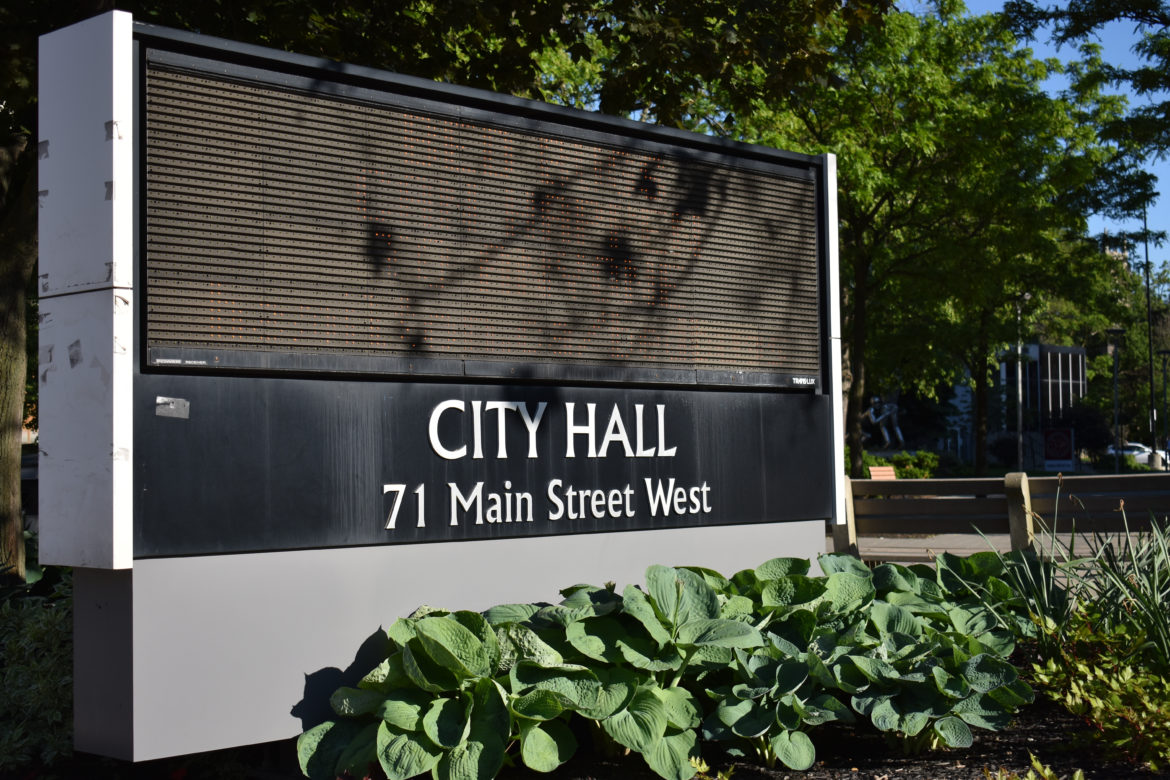 The Board screencasts its meetings, whereas most agencies stream their meetings to YouTube using native streaming features in WebEx and Zoom.

HPSB Administrator Kirsten Stevenson sent an email at 2:19 p.m. Monday informing the public of the Board’s plan, citing “problems” with the screencasting audio.

“Please be advised the Board is continuing to have problems with our livestream audio. The Board was in recess from 1:32 PM until 2:11 PM while we attempted to correct the problem. The problem remains unresolved. At 2:11 PM the Board commenced recording the Webex public session and will post the recording on the Hamilton Police Service Board website as soon as possible once the meeting has been completed.”

As of Tuesday afternoon, Stevenson has not posted the recording.

Section 35(3) of the Police Services Act requires the Board to meet in public. During COVID, provincial regulations mandate this requires live streaming meetings.

Police Services Boards are exempt from oversight by the Ontario Ombudsman, with the Ontario Civilian Police Commission responsible for oversight of Police Boards.

In municipal closed meeting complaints, the Ontario Ombudsman has determined that public bodies must stream public meetings in real-time and stop meetings if they encounter technical issues preventing a live stream.

“Posting the videos on YouTube at a later date does not satisfy the open meeting requirements of the Act,” writes Ombudsman Paul Dubé.

In Westport (Village of) (Re), 2021 ONOMBUD 5, the municipal clerk sent an email to local media stating the council would be meeting without a live stream due to technical issues.

“The email advised that the council meeting would not be broadcast, but that it would be recorded and made available following the meeting,” reads the Ombudsman’s report.

“It is undisputed that the public was not able to virtually attend the September 15, 2020 meetings due to technical issues with the live stream. Accordingly, the committee of the whole and special council meeting were improperly closed to the public contrary to the Municipal Act, 2001,” wrote Dubé. “While I am sympathetic to the difficult situation that the CAO/Clerk and council faced, and cognizant of the practical need to transact the business of the municipality, council should not have met or transacted council business when the live stream was not functioning.”

In Hamilton (City of) (Re), 2021 ONOMBUD 9, the Ombuds stated meetings must be live-streamed, and technical issues are not an exception to open meeting laws.

In Bonfield (Township of) (Re), 2021 ONOMBUD 14, “As the May 12 special and regular meetings, and the June 9 regular meeting of council were not broadcast or livestreamed, or otherwise made accessible to the public in real time, these meetings were closed contrary to the open meeting rules in the Municipal Act. Posting the videos on YouTube at a later date does not satisfy the open meeting requirements of the Act.”

In Niagara Falls (City of) (Re), 2021 ONOMBUD 13, “Whenever the public is excluded from in-person attendance, it is imperative that the alternative electronic format selected enables the public to observe all portions of a meeting except a duly constituted closed session.”

Hamilton’s Police Services Board held a secret meeting on September 2, 2021, violating the Police Services Act. The Board also used at least one GMail account for official business, contrary to provincial requirements to use official emails for public business.