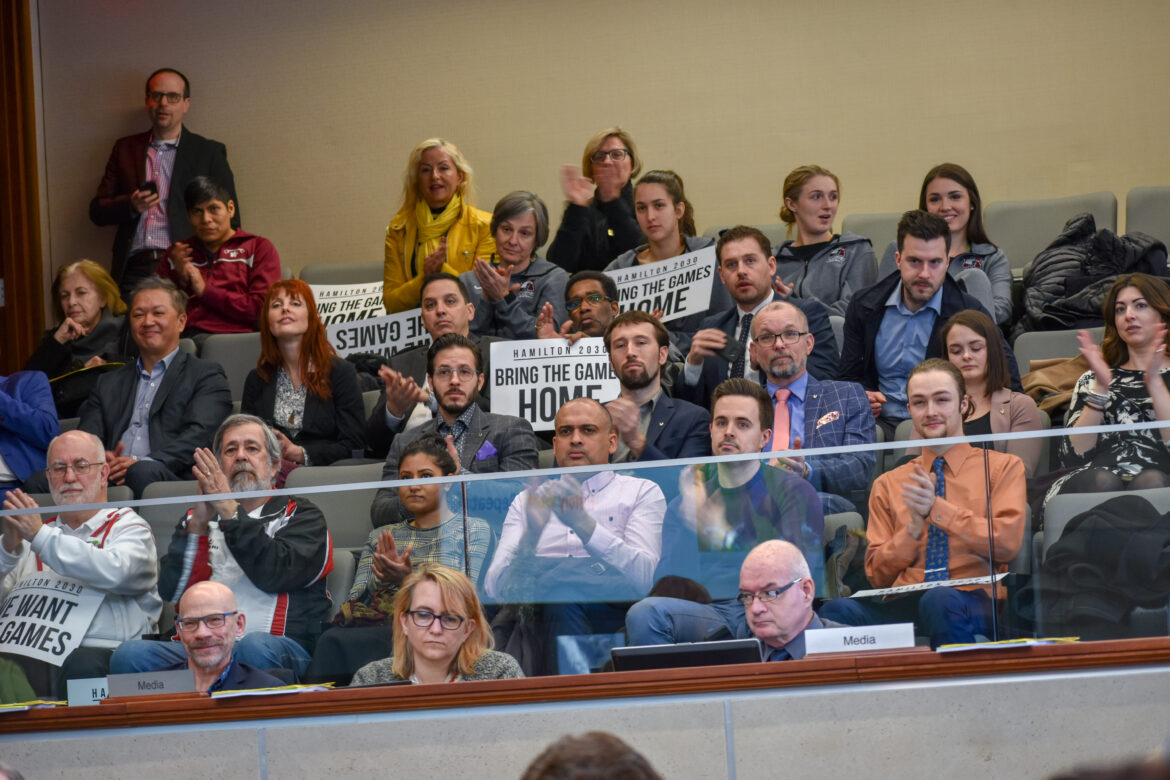 The private bid team looking to bring the Commonwealth Games to Hamilton in 2030 have stated they are looking to reinvent the games for modern times 100 years after the founding of the British Empire Games here in Hamilton in 1930.

The first British Empire Games changed international sport competitions. The podium was introduced at the game, athletes’ housing was an integral part, and the games left a legacy of new facilities in the community.

In her year end message, the President of the Commonwealth Games Federation Dame Louise Martin hints at a major change the Hamilton 2030 Games may seek to implement: eSports.

HUPEG won control of the City’s downtown entertainment properties, and HUPEG plans to build an esports zone – an arena for video gaming competition.

“In May 2020, the CGF and Global Esports Federation (GEF) agreed a partnership to develop a Commonwealth Esports strategy. Following a close working relationship, the CGF and GEF will announce some exciting initiatives soon, to take place in 2022. Watch this space!”

It continues, “Esports will provide us with exciting new opportunities to engage with young people, which is so important.”

Hamilton 2030 bid team member Greg Maychak, now retired from the City of Hamilton, has been integral to the success of Hamilton’s annual participation in the International Children’s Games.

As a City of Hamilton Culture and Recreation Program Director, Maychak successfully hosted the ICG in both 1994 and 2000. He was also a lead member of the various City of Hamilton staff teams that bid on Commonwealth Games during the 1990s and 2000s.

“As we all know 60% of the people in the Commonwealth are under 30 years of age, which is why we are continuing to look at ways to empower young people to realise their potential. We are currently re-evaluating the concept of the Commonwealth Youth Games, to enable us to achieve our vision.”

Future of the Commonwealth Games Remains in Doubt

The Commonwealth Games Federation ends this year much as the year began, trying to find a future for a sports enterprise which John Oliver asked in 2014, “How is This Still a Thing?”

The CGF is without a 2026 host, and is seeking any government willing to finance a 2026 Games.

In the hopes of finding a suitor, the Commonwealth Games have adopted an a la carte format, the 2026 host is only required to host track and field and swimming, with the host deciding which sports will make up the other thirteen required for the Games.

UPDATE CORRECTION: The Commonwealth Youth Games have existed since the 2000 Edinburgh Scotland games. I expect we can watch for them to take on greater importance in 2030.