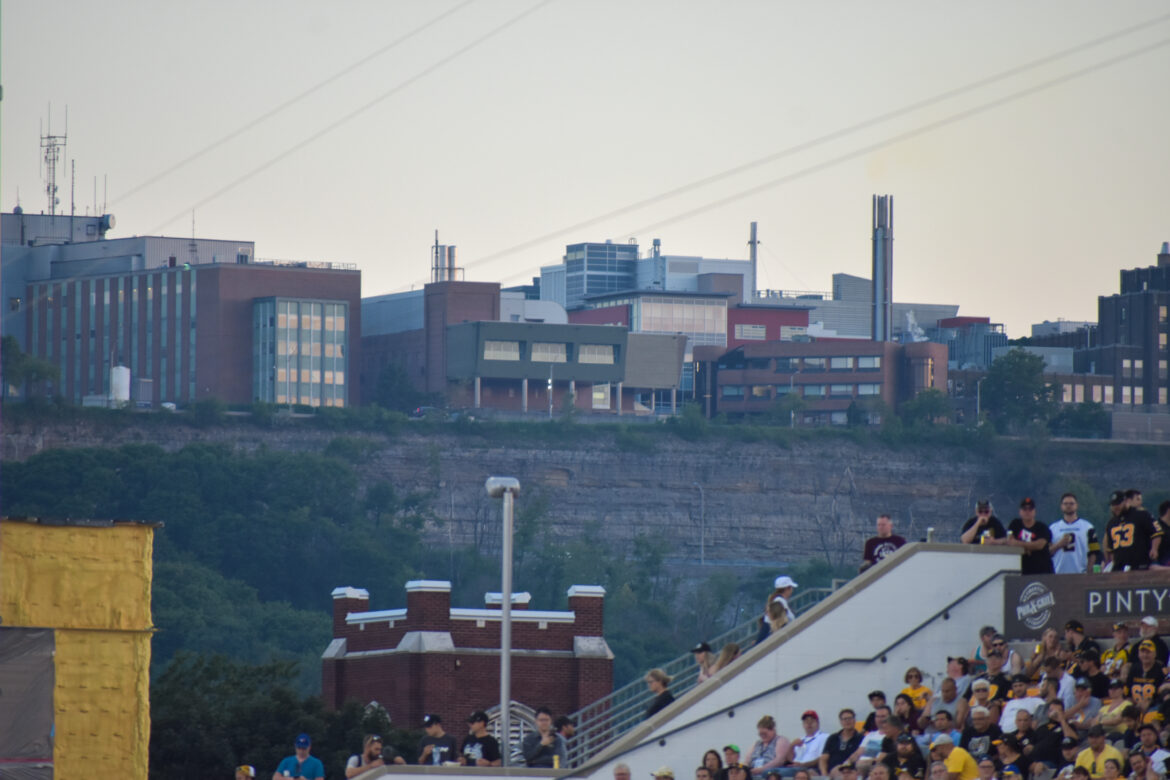 Hamilton's Henderson Hospital in June 2018 as seen from Hamilton's civic stadium in the lower city.

The founding of Hamilton Health Sciences 25 years ago features prominently in this year’s Balsille Prize for Public Policy winner Innovation in Real Places: Strategies for Prosperity in an Unforgiving World authored by University of Toronto professor Dan Breznitz.

“The top management of both Stelco and Dofasco was instrumental in the restructuring of the health system of the city. Not only had steel executives been sitting on the boards of hospitals, and ensuring a flow of needed expansion capital, but in critical junctures they led transformations,” writes Breznitz on page 117 of his book.

“The most important such event was the amalgamation of all the main hospitals, but one, into Hamilton Health Sciences (HHS) in 1997. At that time, a group of steel executives, led by Robert Jones, used their knowledge of managing unionized multisite plants to steer the merger of several hospitals to a successful conclusion (this being Canada, all the hospitals involved were public unionized organizations), as well as to secure the $250 million extra capital HHS needed.”

“Steel executives also rebuilt connections between HHS and the city’s other hospital, St. Josephs, which includes an agreed upon division of labor and joint, cross-appointed vice presidents across the two organizations to improve integration. Thus, since 1997, Hamilton has ended up with a strengthened and deeply integrated care system.”

Breznitz devotes a full chapter to innovation in Hamilton.

The hospitals are a success story, with their roots in the glory days of Hamilton’s steel mills and our labour unions. Hamilton’s health care research and development companies benefitted from funding from steel companies and strong union secured benefits.

“The early growth of the capacity and willingness to “play” with these technologies was due to the union health benefits (for workers, retirees, and their families) of the steel companies. These acted as a source of both demand and early revenues,” writes Breznitz (pg 120).

The Hamilton chapter is a fascinating read of how Hamilton’s steel mills laid the foundation for today’s health care sector.

It is not a chapter of puffery, Breznitz looks at the challenges Hamilton faces competition to retain innovation, the limited local economic benefits and very little spin-off from research for Hamilton, and he explains many of the problems with how municipal governments approach innovation, mistakes Hamilton City Hall continues to pour money into.

The book is a good read, give your local Hamilton bookstore a call to request a special order.