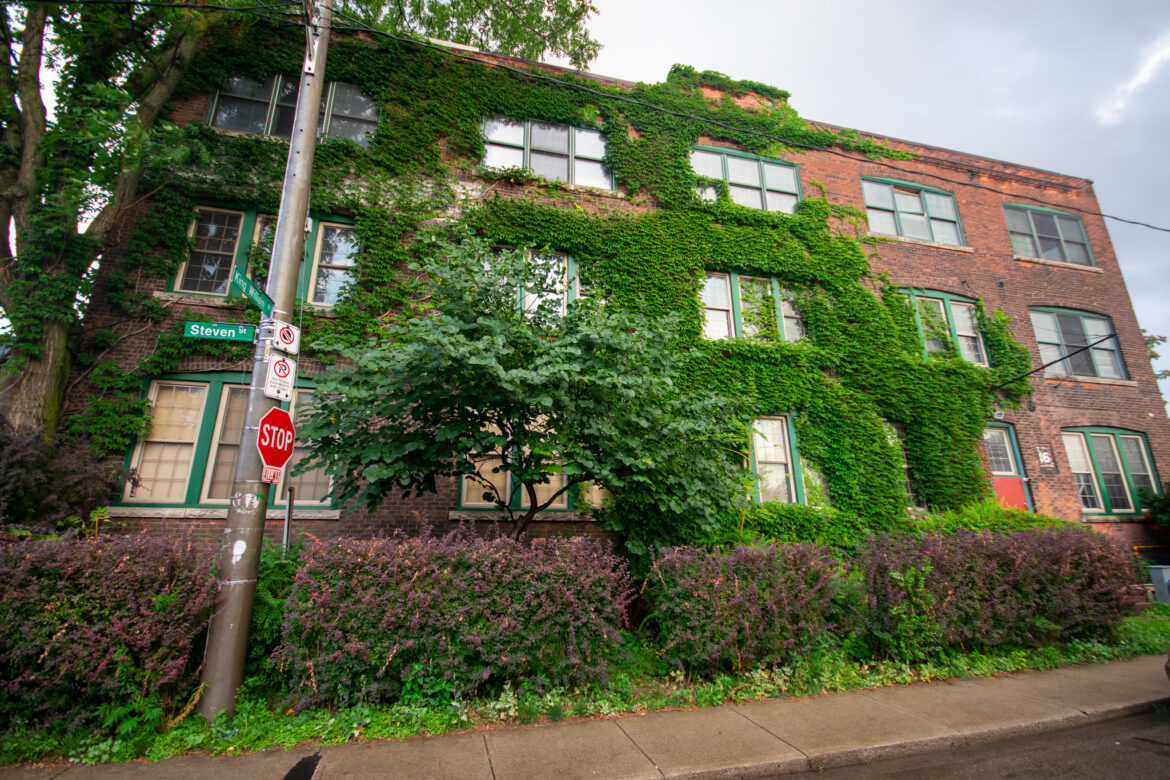 The owner of the Pearl Company building at King William Street and Steven Street wants to covert the three-storey structure into 16 residential units.

The Pearl (Not for Project Housing Corporation) is the corporation that owns both the former manufacturing building at 16 Steven Street and the duplex at 436 King William Street.

They plan to demolish the existing duplex on King William Street to build two one-bedroom Class A dwelling units. At Committee of Adjustment last week, they severed the rear of 436 and merged the land into 16 Steven Street to provide parking.

In their initial February 24, 2020 submission, The Pearl wrote they are exploring operating the residential conversion as a housing co-op.

Previous owners Barbara Milne and Gary Santucci turned the former manufacturing building into a thriving theatre that operated for 13 years from 2006 to 2019. They sold the building in 2019. 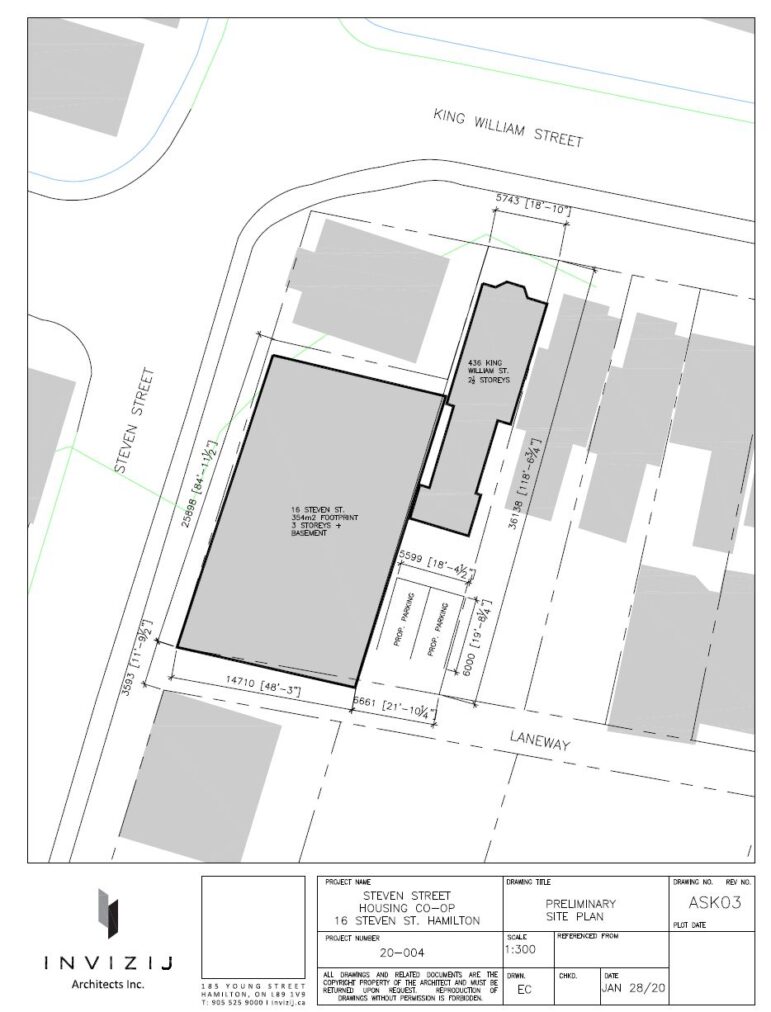 A Site Plan for The Pearl site at the intersection of King William Street and Steven Street.