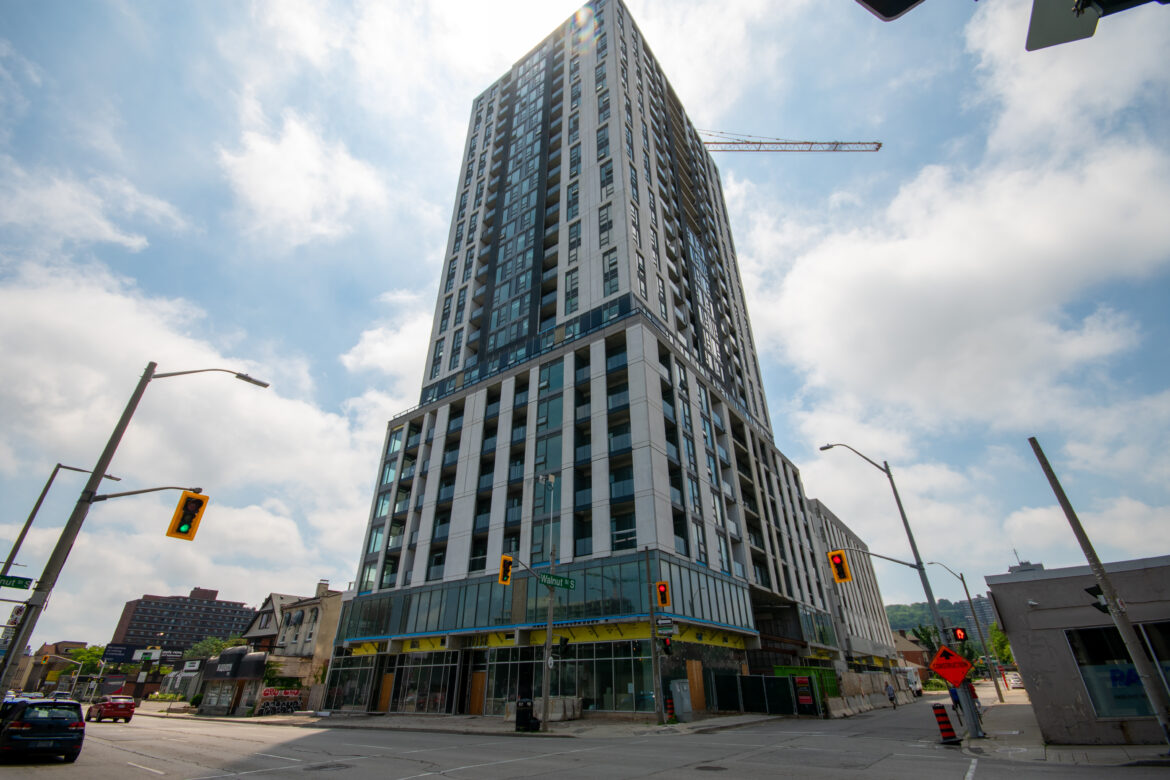 The nearly complete 26-storey mixed-use building at 154 Main Street East, on the southeast corner of the intersection at Walnut Street South, will generate $403,672.89 more in municipal property tax revenue per year compared to the previous two-storey commercial building on the site.

The figure is included in a City of Hamilton economic development staff report recommending granting $1.2-million under the Hamilton Tax Increment Grant Program.

The HTIGP gives developers a declining rebate on increased tax assessment resulting from development. The goal is to encourage higher-density developments, which generate greater tax revenue for the City.

Developers are given a 100% rebate in the first year, stepping down by 20% each year.

Council will vote Monday and is very likely to approve the grant.

In June 2021, Council voted to eliminate the tax incentive program during its next review. The rationale is that approving the B-Line LRT creates the economic conditions for development without the need for HTIGP.