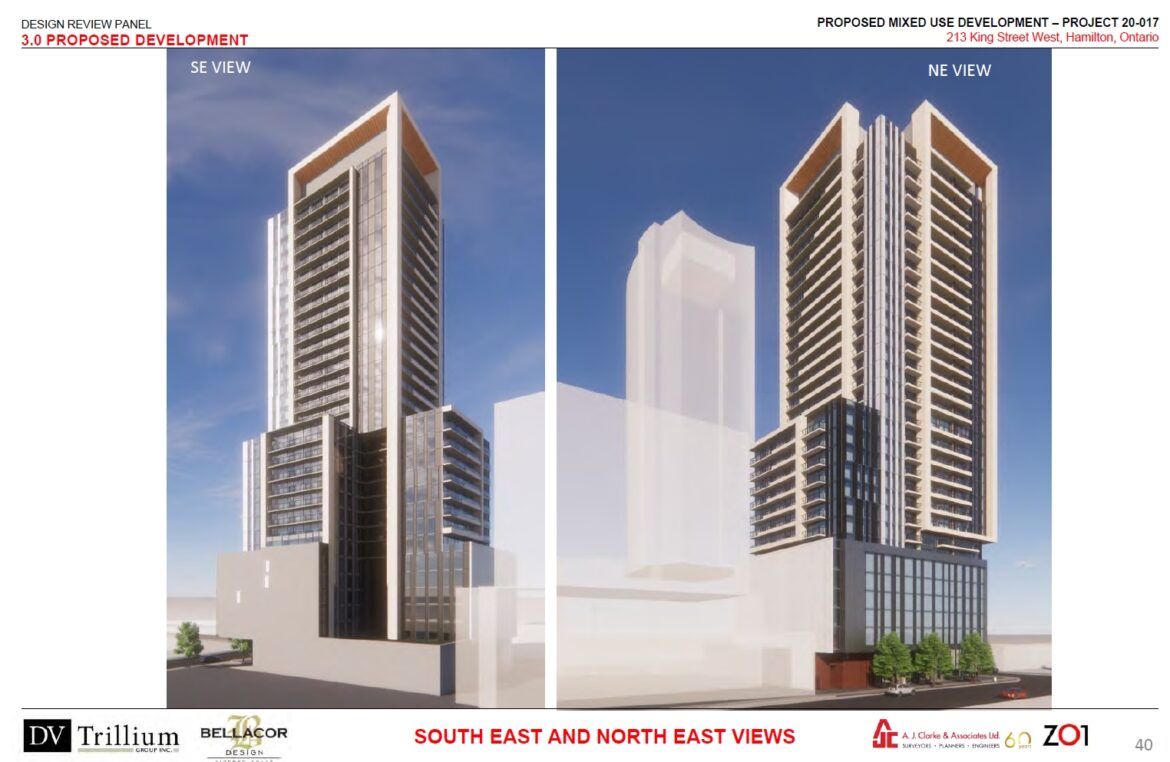 Hamilton’s Design Review Panel (DPR) says Vrancor needs to redesign its proposed 30-storey development at 213 King Street West to address a potentially dangerous wind condition. As currently designed, the building is “expected to cause uncomfortable or even unsafe wind conditions” on the southeast corner of King Street West and Caroline Street South.

Overall, DRP members provided favourable comments regarding the proposal, including statements supporting a minor variance from the Downtown Secondary Plan to allow the building to feature a six-storey podium.

“I want to compliment you on the massing. There are elements of it, I think that are really, really bold and clear and powerful,” said DRP member Ted Watson, who is an architect..

“I appreciate the level of detail that you showed in your streetscape and private amenity areas,” stated DRP member Jennifer Sisson who is a landscape architect and planner.

The current proposal for the building is a 110-unit hotel in the podium and 241 rental units in the tower. Parking will be within the existing parking structure in the 20 George Street apartment building directly to the south. The two buildings will be connected on the parking levels. 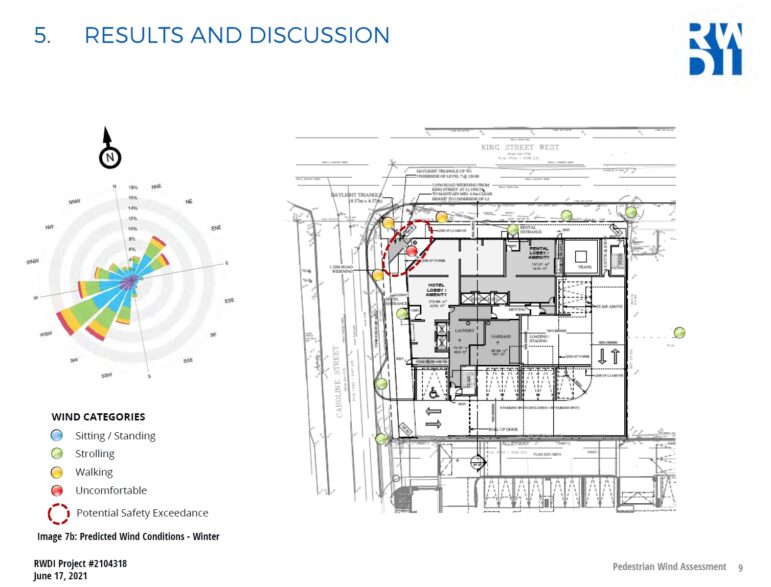 The wind study for the development states it is “expected to cause uncomfortable or even unsafe wind conditions around the northwest building corner during the winter season.” The Design Review Panel discussed the wind condition problem at length.

Jana Kelemen, a DPR member who is a planner and urban designer, also stated concerns with the design of the northeast corner of the building, which creates the wind concern. “The corner massing seems a bit messy to me … I think that portion should be looked at more carefully to create a stronger corner statement. And maybe because this area is of concern regarding the wind study, there is an opportunity to redesign it with the pedestrian comfort in mind.”

The developer’s architecture firm says they will implement mitigation measures, including overhangs on the north side and adding trees and planters.

How the design of the new building will relate to the surrounding block is a concern for some members of the panel.

20 George Street, the tall building to the south, was approved as a “minor variance” with Ward 2 Councillor Jason Farr lobbying for its exemption from the scrutiny of the complete zoning amendment process. The problems of creating separation between the two buildings, as a result of 20 George’s design, were discussed.

McMaster University is planning to build on the east side of this proposal. McMaster’s submitted plans to the City of Hamilton show a smaller building immediately east, with a 30-storey tower at 10 Bay South. 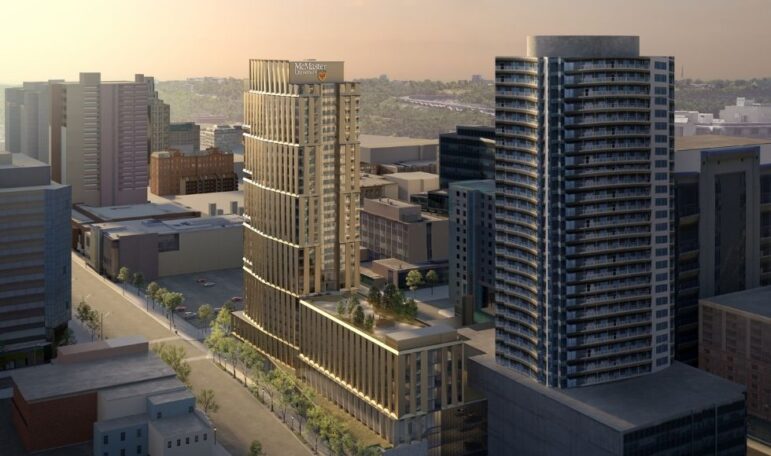 Vrancor is now expected to revise its plans to reflect the comments of DRP and to address the wind concerns. Following this, they will need to seek a minor variance for the podium from Hamilton’s Committee of Adjustment.

No timelines were discussed for these steps. 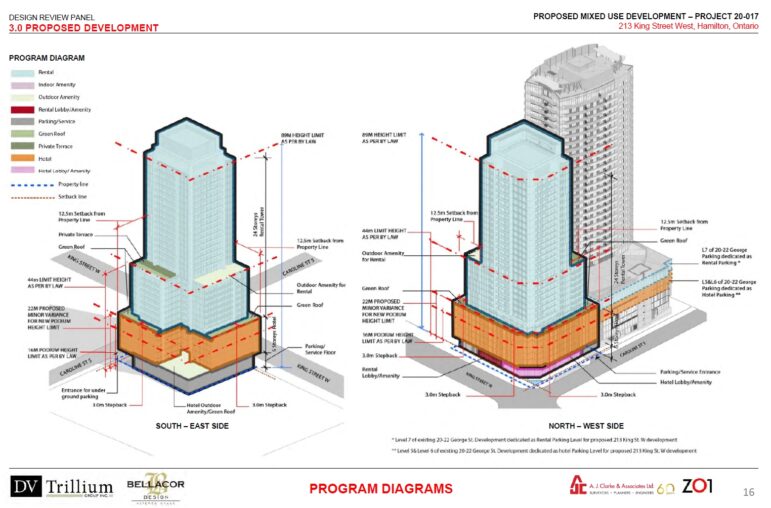