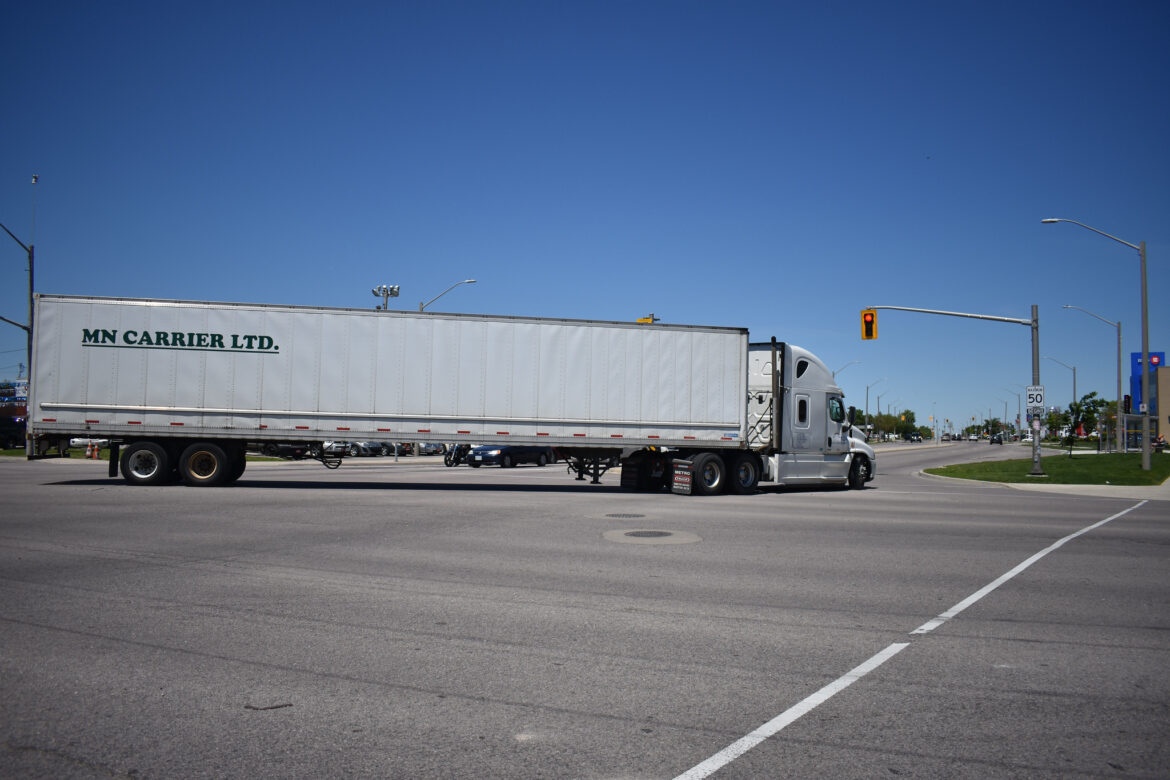 Chris Ritsma says the proposed changes to Hamilton’s Truck Route Master Plan are insignificant to ensure the safety of cyclists and pedestrians in lower city neighbourhoods and across Hamilton Mountain.

Hamilton City Hall proposes to continue designating most arterial roads in lower Hamilton as truck routes to allow trucks to continue shortcutting through Hamilton’s downtown to access Highway 403 instead of using the Burlington Street parkway to access provincial highways.

City Hall describes the new plan as balancing competing interests that the shortcutting will be limited to 7 am to 7 pm.

Ritsma says this is insignificant to ensure the safety of cyclists and residents along the truck routes.

At yesterday’s July meeting of the Cycling Committee, Ritsma issued a notice of motion.

“Whereas there are alternative routes for trucks to take, such as small detours and longer ones around Burlington Bay, the Linc, Red Hill Valley Parkway, 403 and Burlington Street. While cyclists cannot take detours to avoid trucks under the current plan. The Cycling Advisory Committee would recommend truck routes be removed from the urban core of the city, including Cannon and Bay Street. Truck routes be removed from Rymal Road. Truck routes that have limited hours be reduced to 10 am to 4 pm Monday through Friday to avoid the most common time cyclists will be on Hamilton roads.”

The Cycling Committee will debate the motion at their August meeting.

“You’d typically put a freight rail away from people, you wouldn’t run a freight train down Cannon Street … a truck is just a freight train, but on wheels, and running it through what is essentially a residential neighbourhood.”

“I don’t think the truck route should go through the downtown in terms of extension of time, from the most westbound industrial site to similar areas. You’re looking at maybe an extra 10 minutes to go around the bay. And in terms of why they’re going through the city, I kind of understand why it’s a balance of industrial needs and people’s needs. But I think that the industrial needs are going too high on this priority list.”