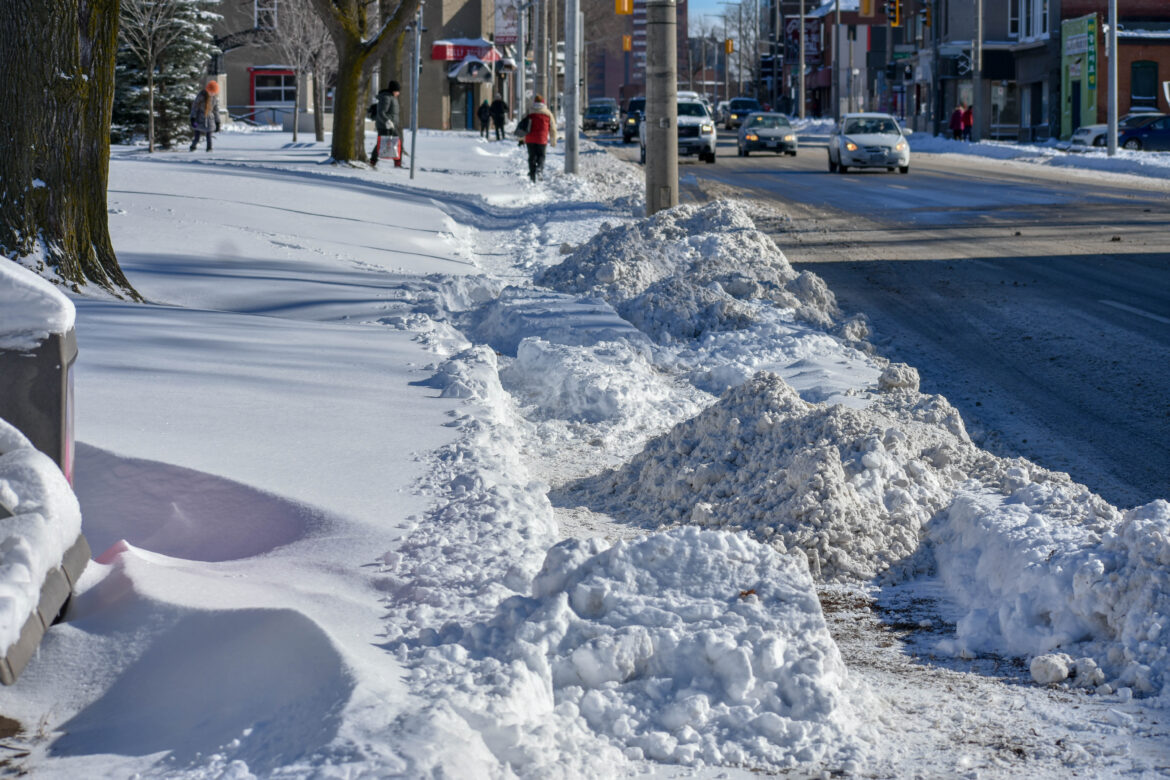 The City of Hamilton regularly fails to clear the snow on King Street East in front of Victoria Park.

“Our bylaw isn’t working consistently”, Nann said. “it’s imperative as a municipality whose motto is to be the best place to raise a child and age successfully … we can’t let this matter go another year without a decision”.

It is those “that really don’t have any choice” during the Winter who are most negatively impacted by inconsistent sidewalk clearing said Edward Soldo, Hamilton’s Director of Transporation Operations & Maintenance. “Mothers with their children, people with disabilities, people that have accessibility issues … we’ve heard clearly from them that they have the greatest issues with the inconsistency of snow clearing”.

Ward 4 Councillor Sam Merulla opposed the motion saying people will be upset that they will be paying for service that activates when there is more than five centimetres of snow. “Obviously you’re going to have to deal with, as you know, I’m retiring!”, Merulla stated.

Ward 5 Councillor Chad Collins said, “I won’t be supporting this for the reasons I’ve stated in the past, especially related to the cost”. “We already have significant compliance”, Collins said of the current bylaw requiring property owners to clear sidewalks surrounding their properties. “We are essentially letting people off the hook”.

Nann said the cost of sidewalk clearing is only going to increase the longer Council delays on implementation. Citing growing public support for municipal clearing, Nann said it was time for Council to follow its own guiding statements.

“Our Age Friendly report that was unanimously passed at last council indicates very clearly that the population of seniors aging in place is only going to continue to grow to numbers that we have never experienced before in the city”, Nann stated. “[We] have blocks upon blocks that pose a serious danger to the lives and health of our most vulnerable, shutting in seniors, people with disabilities, making our streets totally inaccessible for parents with strollers and households that do not have access to personal vehicles”.

Council was presented with a range of options, Nann asked them to adopt the lowest option – transit routes only without salting.

Clearing only along transit routes was estimated to be $4.5 to $4.8-million annually depending on if salt is applied or not. That is $12 to $13 annually on the average property tax bill.

The estimate to clear all sidewalks was between $8.07 to $9.07-million annually, depending on if salt is applied or not. This is $26 to $30 annually on the average property tax bill.

The sidewalk snow clearing debate is unlikely to return again this term of Council.