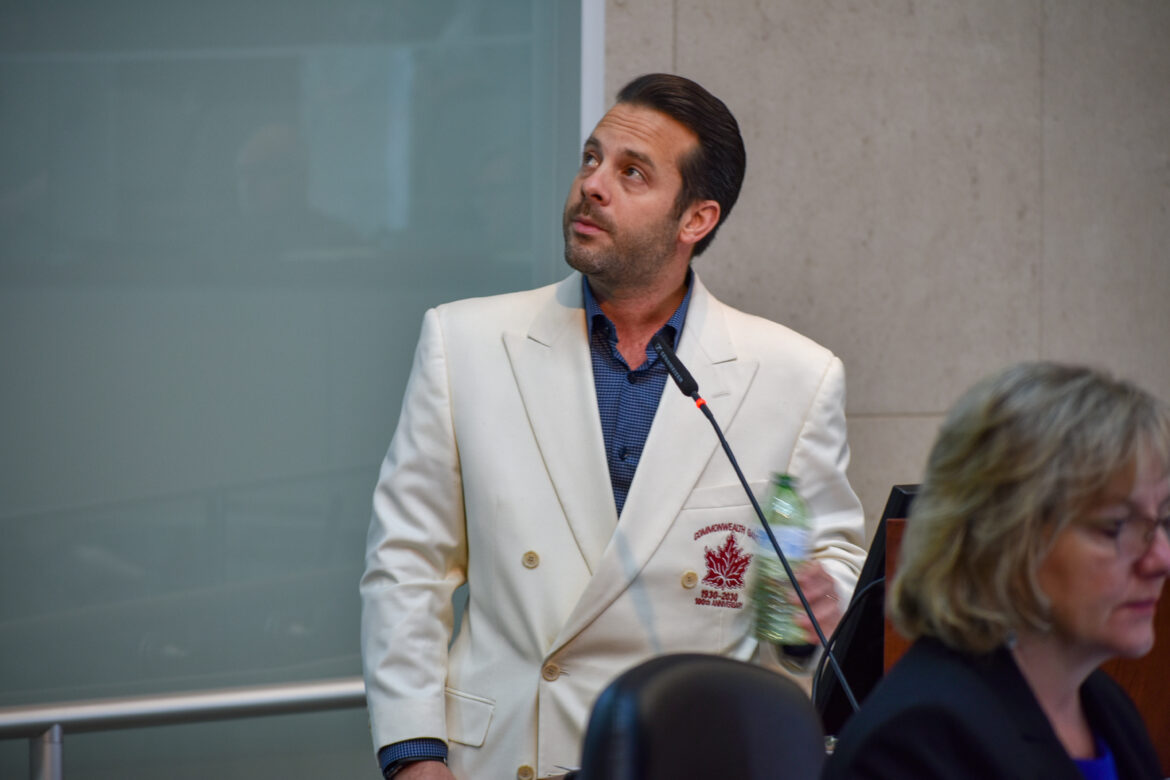 P.J. Mercanti, president of the private bid group, speaking to Council wearing a recreation of the 1930 Games blazer.

The private interests seeking to bring the Commonwealth Games to Hamilton have reverted to their plan to seeking the 2030 Games – the centenary of the founding of the then-Empire Games in Hamilton.

Steve Milton, who is an unofficial spokesperson for the group, devoted one of his recent columns to the change.

In a letter posted to Wednesday’s City Council agenda, bid group President P.J. Mercanti writes that while Hamilton was guaranteed a 2026 Games if it agreed to commit to hosting, “we are not guaranteed 2030 and will therefore need to finalize a hosting plan that can compete and win a centenary event that will be hotly contested globally”.

With Hamilton not taking on the 2026 Games, insidethegames.biz reports “it leaves with Commonwealth Games Federation (CGF) with no clear bidder for the 2026 edition of its flagship event and is a significant blow”.

A 2030 bid in Australia is presently stalled.

Mercanti writes the bid group is seeking to lower the costs of hosting the 2030 Games and is now creating its Hosting Proposal Committee.

Council voted in November 2019 to approve moving forward with creating a bid book and appoint Councillors Judi Partridge, Esther Pauls, and Terry Whitehead to be Council representatives on the 2030 bid committee.