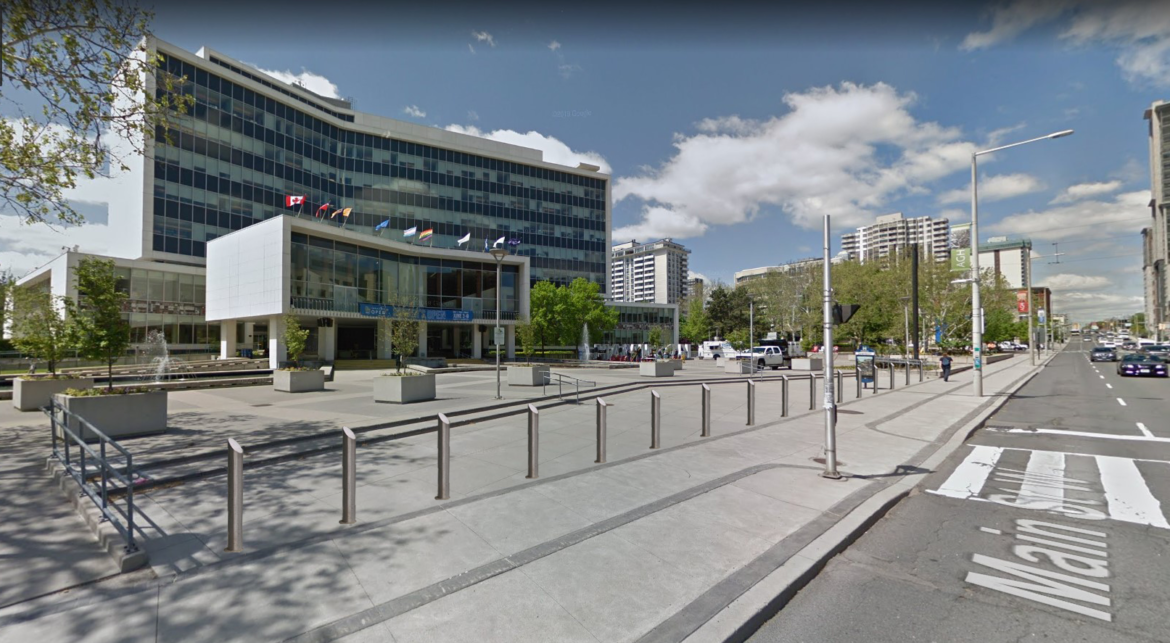 “It only takes one car … someone who feels that they have the right to make their point by speeding off Main Street and ending up in the middle of our forecourt”, Ward 13 Councillor Arlene Vanderbeek stated as the reason why installing bollards is necessary to protect people on the City Hall forecourt.

“We have a responsibility to make sure our citizens are protected”, said Ward 10 Councillor Maria Pearson. “I don’t even, I couldn’t even express how bad or how sad I would feel if within the next while we did not support this, and something drastically horrible happened on our forecourt that could have been prevented”.

Security consultant Terry Hoffman says the forecourt of Hamilton City Hall is at “medium” risk of a “high critically” act of violent extremism similar to the 2018 North York vehicle-ramming attack.

Ward 12 Councillor Lloyd Ferguson, who voted against the recommendation, said he does not believe the risk is as high as the consultant says.

“I find it hard to understand how a truck or even a car can get up ahead of steam on Main Street, and then make a right hand turn to come in those depressions or over the curb to come into our forecourt”, Ferguson said.

Ferguson and Ward 6 Councillor Tom Jackson both said the bollards would not stop the kind of “attacks” that occurred against businesses on Locke Street in March 2018.

Ward 6 Councillor Tom Jackson, who is a member of the Hamilton Police Services Board, expressed concern about the painting of Main Street West last summer by Defund Police activists, saying bollards would not stop this.

“There was painting on Main Street with to fund the police, which was very unfortunate, and again, damaging public property”, Jackson said.

Ferguson and Jackson both stated they feel existing concrete planters are sufficient.

A van, of the type used in numerous acts of vehicle terrorism, travelling at 80 km/h will penetrate 22 metres into the forecourt pushing the existing concrete planters. The result of such an attack with a crowd on the City Hall forecourt would be multiple severe casualties and likely fatalities.

Bollards will stop a van in its tracks, with a penetration of 1.8 metres.

In 2019, in an incident which revealed this vulnerability, a “Yellow Vest” agitator drove a former full size school bus onto the sidewalk in front of City Hall near a crowd of counter-protesters speaking out against the hateful messages of white nationalists who regularly conduct high visibility gatherings in front of City Hall.

“When I am presented with information that clearly states that the risk is real, then I don’t see how it can ignore that expert advice”, said Ward 3 Councillor Nrinder Nann. “I can’t ignore the fact that the bus that mounted the curb, had the very real potential of going up higher and further and into people directly. Maybe that wasn’t the intention of the individual who was driving the bus that day. However, I heed the advice that although we would like to deny that these kinds of incidences could occur in our city”.

The bollards will be installed this summer.