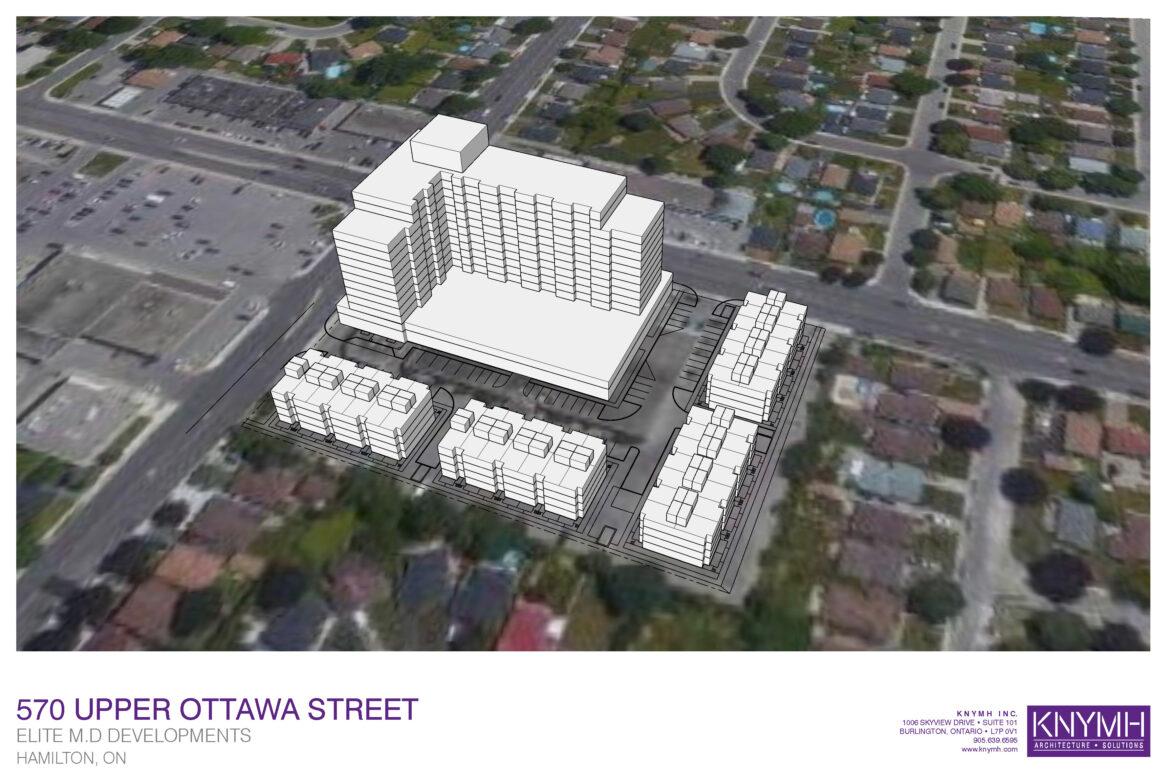 The owner of the former site of Sherwood bowling lanes wants to build a 14-storey building containing 358 dwelling units with 112 stacked townhouses behind the building – a significant change from their original plan.

Ward 6 Councillor Tom Jackson says it is a “betrayal” by the developer and he is “vehemently opposed to this development plan”.

The developer presented a different plan to the community in 2019.

This plan proposed approximately 300 units split between four buildings – two 4-storey buildings, a 7-storey building, and a 9-storey building. The developer promised to include a new bowling lane complex and commercial at the ground level.

City of Hamilton staff are not supportive of the new proposal.

“The built form, height, scale, and density of the proposal does not appropriately integrate with the surrounding neighbourhood”, writes development review planner Tim Vrooman in a formal consultation review document.

Jackson is strongly disappointed in the change. “In my 30 honoured years on City Council I cannot remember another public meeting where the property owners/developers were so positively embraced and being welcomed by the overwhelming majority of signees at my meeting.”

He says he cautioned the developer against submitting the new proposal when they discussed the plan in October 2020.

He wants the developer to make changes including lower density and height for the development, the inclusion of a bowling lane as promised in 2019, marketing the units to seniors, using parking at the rear to buffer from neighbouring single-family detached homes, and ensuring commercial uses on the lower levels of buildings along Upper Ottawa Street and Fennell Avenue.

City of Hamilton urban design planner Ana Cruceru reviewed the file and writes in their report that the proposal does not meet city expectations for the area. “A building podium for the mixed-use building, in respect to Fennell Ave and Upper Ottawa St, should be defined through step-backs above the 3-5th storey, to respect the contextual low-rise character of adjacent streets.” 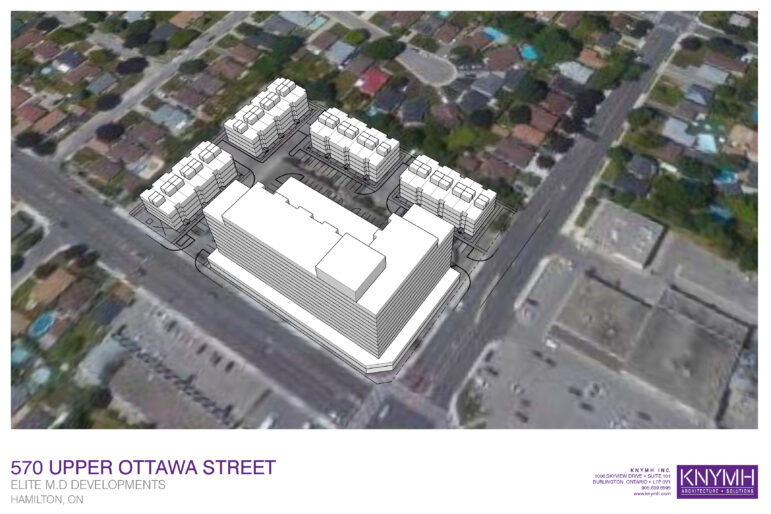 The proposed floor plates for the 13th and 14th floor is 1499 square meters.

Rezoning for the project requires Council approval. With Ward 6 Councillor Tom Jackson opposed, it is unlikely to be approved.

The developer could then appeal to the Local Planning Appeal Tribunal. The LPAT is backlogged with appeals, and the process will take years with an uncertain outcome.