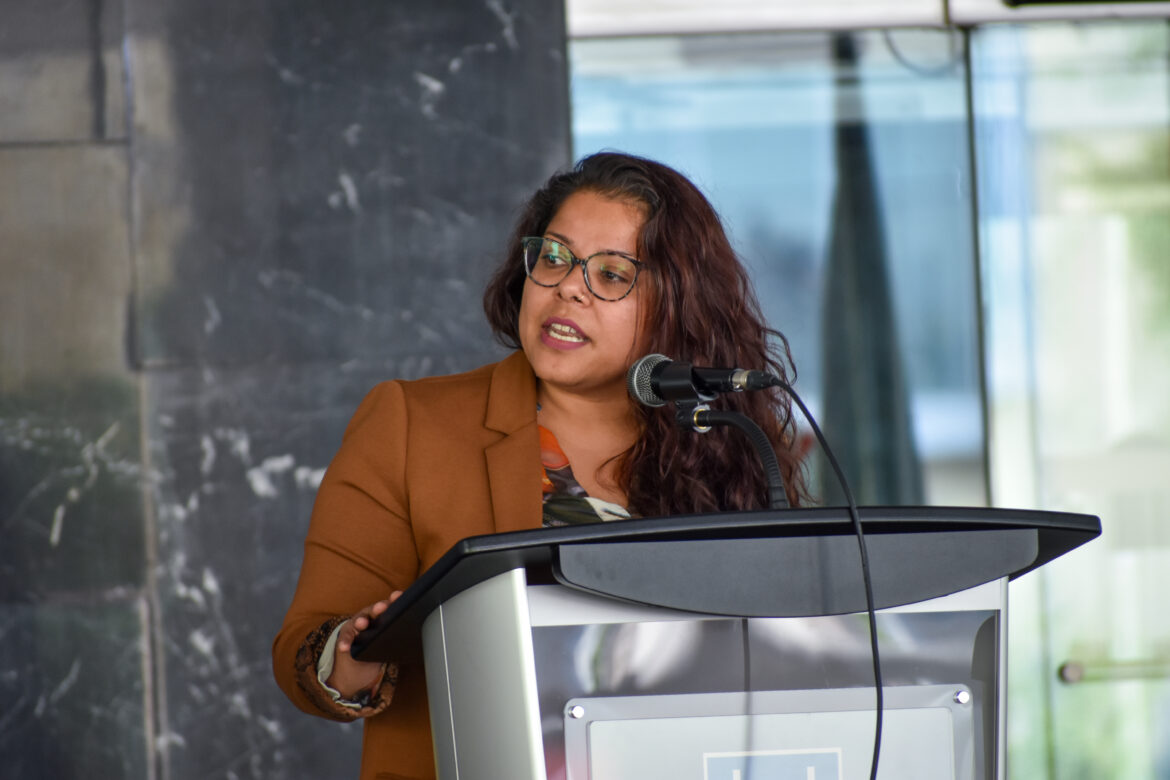 Ward 3 Hamilton City Councillor Nrinder Nann wants changes to the Building Code to require demolitions include notifications to surrounding areas of the potential contaminants and health impacts allow with a “detailed action plan to mitigate all potential impacts to human health, air quality and waterways or soil”.

This follows the botched demolition on September 30, 2019 when Deslan, a division of American Iron and Metal, at 319 Sherman Avenue North sent a particulate dust plume in all directions. (Video taken nearby that day)

Nann responded that day, and today at Council Planning Committee move a motion to make sure it never happens again.

“It was on the afternoon of September 30 2019 that a demolition of a decade’s old structure from the former steel maker Hamilton specialty bar caused a massive black cloud of industrial grade dust and debris to engulf the surrounding homes and businesses and spread across several neighbourhoods”, Nann stated. “Its plume was seen from many kilometres away.”

The demolition occurred with a City of Hamilton permit and met all the requirements of the time.

“The company responsible for the demolition Deslan / AIM had met with all the requirements of the permit, including working with an engineer to ensure safety measures were in place and that environmental impacts had been addressed”, Nann continued.

“Meanwhile, the affected community was shocked and scared by the incident with no advanced warning of the demolition, no knowledge of its immediate health implications and very little guidance on how to deal with the aftermath. neighbours were worried about the possible health impact on their children, elderly and immuno-compromised neighbours and those with respiratory illnesses and other vulnerable residents. At the ward three office we heard from parents with toddlers playing outside who had had to rush their children indoors after they and their children and their toys were covered with fallen debris. We’d heard from a crossing guard leading children across a nearby intersection who found herself in a kid’s envelope in a black cloud. And we heard from a grandmother whose property backs onto the demo site, who wondered if she needed to destroy her entire backyard food garden for fear of the vegetable she grew would harm her children and grandchildren.”

Nann says the City needs to “prevent that from ever happening again” and the motion introduced today is designed to achieve this.

In addition to Building Code changes, which must be implemented by the Province, Nann wants Hamilton City Hall to follow the example of other municipalities by having Public Health involved in demolition permit approvals.

Nann amendment her motion to clarify these requirements would apply to commercial and industrial properties, responding to concerns from other councillors that routine small residential demolitions – such as attached garages – do not pose a similar concern for public safety and the imposition of the proposed requirements would be burdensome for homeowners.

“I do support this particularly around the industrial ramifications of demolition”, stated Ward 15 Councillor Judi Partridge. “I’m curious and pleasantly surprised,  that the City of London has some requirements. And so can I anticipate or can council anticipate that there will be research done into the City of London’s process and that that information will come back to council as part of the report.”

Staff confirmed Nann’s request for a review of London’s process will be completed.

“There’s chemical plants there’s all kinds of different manufacturing plants”, on the concession roads of Hamilton’s rural areas Partridge noted in supporting the motion for a staff report.

“I don’t think there’s anybody a soul alive that wants to see another specialty bars incident that happened in Ward 3”, stated Ward 12 Councillor Lloyd Ferguson. “I saw that cloud does come out on CHCH many times and was quite frankly disgusting … I fully support moving forward to something on this I just have trouble taking the scope beyond industrial.”

“I don’t want to see some poor guy wants to replace his garden shed ,and just kind of knock it down, that he has to notify every neighbour within 120 meters or whatever the distance will be under the Planning Act”, Ferguson stated.

Staff will work on the report and return to Planning Committee at a future date with proposals for implementation of the goals expressed in Nann’s motion.