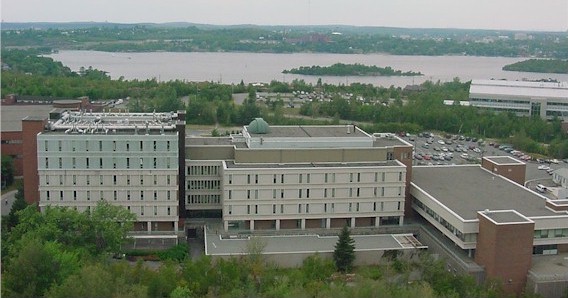 I am always hesitant to use a headline which ends in a question mark.

Betteridge’s law of headlines is a good rule: “Any headline that ends in a question mark can be answered by the word no.”

I suspect it will apply in this instance.

Nonetheless, I am going to discuss what Laurentian University’s decision to seek consumer protection could mean for McMaster University and Brock University.

Laurentian’s decision is stunning, none of us have living memory of a public university in Ontario on the edge of bankruptcy.

More on Laurentian below.

If the Laurentian situation causes the provincial government to impose firm enrolment caps at Southern Ontario’s big universities including McMaster, it will affect Mac’s budget. On the flip side of the coin, it may prevent Brock from facing a fiscal shortfall which could cause a downward spiral.

Back to Laurentian, the real reasons for Laurentian’s filing are being debated.

Is it financial mismanagement? An unprecedented attempt to impose fiscal restraint in labour negotiations with facility? A clear warning to the Ontario Progressive Conservative government of a need to enforce enrolment caps on the Greater Toronto Area universities (and other Southern Ontario universities) as they take more of the student pool at a time when demographics are expected to be unfavourable to the university sector? Some combination of these factors?

On labour negotiations, tenured professors in Canadian universities are the highest paid in the world.

Sessional instructors are paid poverty wages and do a great deal of the teaching in undergraduate GTA universities. Which gets to one of the reasons GTA universities are happy to over-enrol, it is profitable.

During the 1990’s and 2000’s, the Canadian Association of University Teachers won contracts with low teaching requirements at smaller universities as the faculty prioritized research over teaching.

Laurentian is constrained by a research-intensive collective bargaining agreement while trying to operate an undergraduate focused teaching university.

Covering post-secondary education for Maclean’s magazine, I wrote stories about the quality (or lack) of undergraduate education in Canadian universities.

Another problem facing smaller institutions is their smaller marketing budgets. The larger institutions can spend more money marketing their product, both to potential students and to existing students. “Quality” surveys conducted by the sector asking their undergraduate students to rank the quality of their education against other institutions have little validity. Students only know the product offered by their own institution. They do not take classes at the other places they are rating against. Naturally, they want to say their institution – the one they chose to attend – is better.

The rankings offered by Maclean’s and The Globe and Mail are great marketing tools. The publications have cornered a market of interest – potential students and their parents – and provide every institution with some ranking they can market which appears externally validated. (And yes, my paycheque when I covered the sector, relied upon the money those rankings made)

In 2009, I was asked to speak to a group of Crown Wards who were touring McMaster University. The tour was arranged by the local Children’s’ Aid Society following changes to financial aid and loans which made it possible for aging out Crown Wards to attend university, n option which was not available to me when I aged out.

One of the applicants expressed a desire to study French and to do so at McMaster. I knew how dysfunctional the French department at Mac was (may still be for all I know), that studying French is better in an environment in which one is regularly exposed to the language. I knew there would be strong supports for this young person at Laurentian. I recommended Laurentian to them. All the young people I know who attended Laurentian praised the experience.

Enrolment – Every University Needs Students to Pay the Bills

The COVID shock of last academic year resulted in universities making more admission offers than usual. There was much concern about first year students taking gap years causing a decrease in domestic enrolment, and travel restrictions causing a decrease in international students. International student tuition is critical to how universities balance their budgets in Ontario.

Enrolment stats are always years behind; some universities are transparent and others less so. We do not know any of the official enrolment numbers from Ontario’s universities for this year.

The chatter is that the big universities over-enrolled at the expense of the smaller institutions. (Laurentian reported a 15% drop in first-year students)

Obviously, following the news from Laurentian, no university which is experiencing similar first-year enrolments will be keen to share as the incoming cohort of students choose their schools.

Local Trends at Brock and McMaster

Across all Ontario universities, applications are up 2.3%. There are enough students to spread across the system.

Brock is squeezed by its location and offerings. With its campus on the border between St. Catharines and Thorold, it is not the most exciting place to live. For a student moving away from home, there are more attractive options.

There is a significant demand in the West GTA from students who want to be commuter students and live at home for a variety of reasons.

GO provides quick service from Square One in Mississauga to Brock’s competitors – Guelph, McMaster, and York. Getting to Brock is a multi-hour, multiple GO bus trip in each direction.

The regional population of Niagara is 447,888 and older than the Ontario average.

Private Redeemer University in Ancaster draws many of its students from Niagara’s strong Christian communities – a further competitive pressure. Redeemer’s decision to decrease tuition is paying off with significant enrolment increases.

You can see how Brock is being squeezed by competitive pressures.

Does the Province Act?

This is the big unknown question. It is not just Brock which is facing pressure, and many of the universities which are facing pressure are in Conservative Party ridings.

On the other hand, the big universities are also big employers of former political staffers. Do not under-estimate the influence this has upon decision making at Queen’s Park.

The decision out of Queen’s Park may be status quo, a wait, see, and hope Laurentian is the exception and not the beginning of other smaller institutions running out of money.