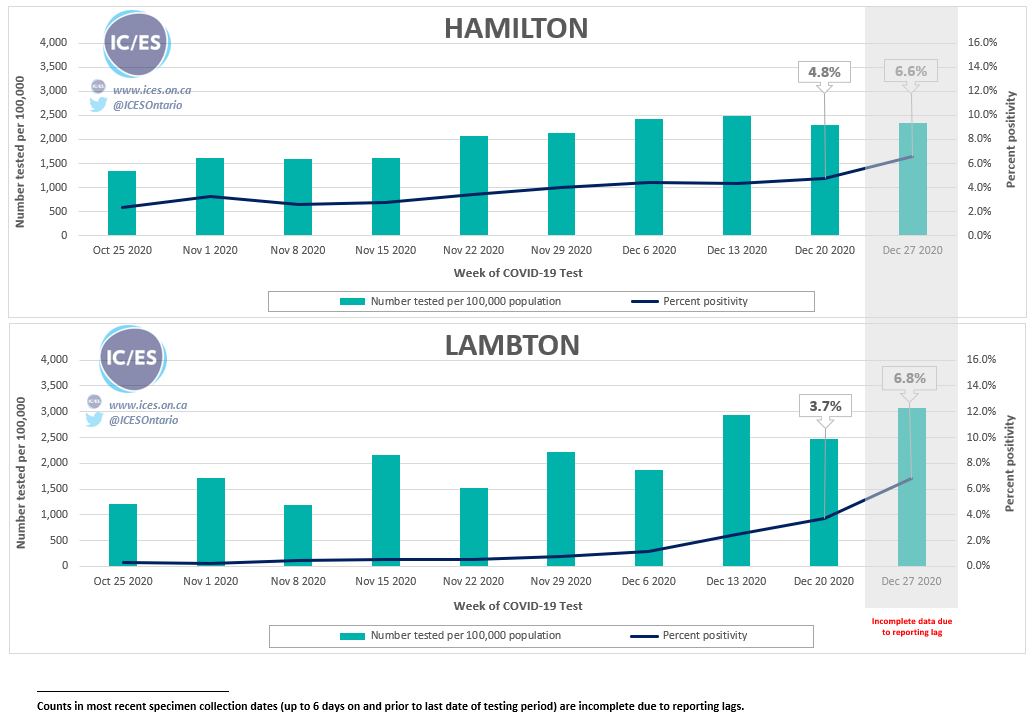 ICES Trends in weekly number of Ontarians tested per capita and percent positivity for COVID-19 in Public Health Units with the highest positivity rate (>2.5%), week of December 27, 2020 to January 2, 2021

ICES data shows Hamilton’s COVID positivity rate increased during December, while the number of people getting tested per day remained nearly the same.

L8J’s positivity rate of 8.98% is the highest in Hamilton for the reporting period, it was 6.26% the week prior. L8J is all areas of Stoney Creek above the escarpment.

L8K is a close second with a rate of 8.90%. L8K is all areas of Lower Hamilton that are south of Main Street / Queenston Road between Ottawa Street and Nash Road.

L9C and L9A have the third and fourth highest rate in Hamilton, with L9B sixth. These postal costs are Hamilton Mountain neighbourhoods West of Upper Wentworth to the Ancaster border, as well as the urban areas of Glanbrook south of Twenty Road.

The fifth highest rate in Hamilton is L8L which is most of Ward 2 and all of Ward 3 norht of King Street. L8L’s positivity rate is 7.02%