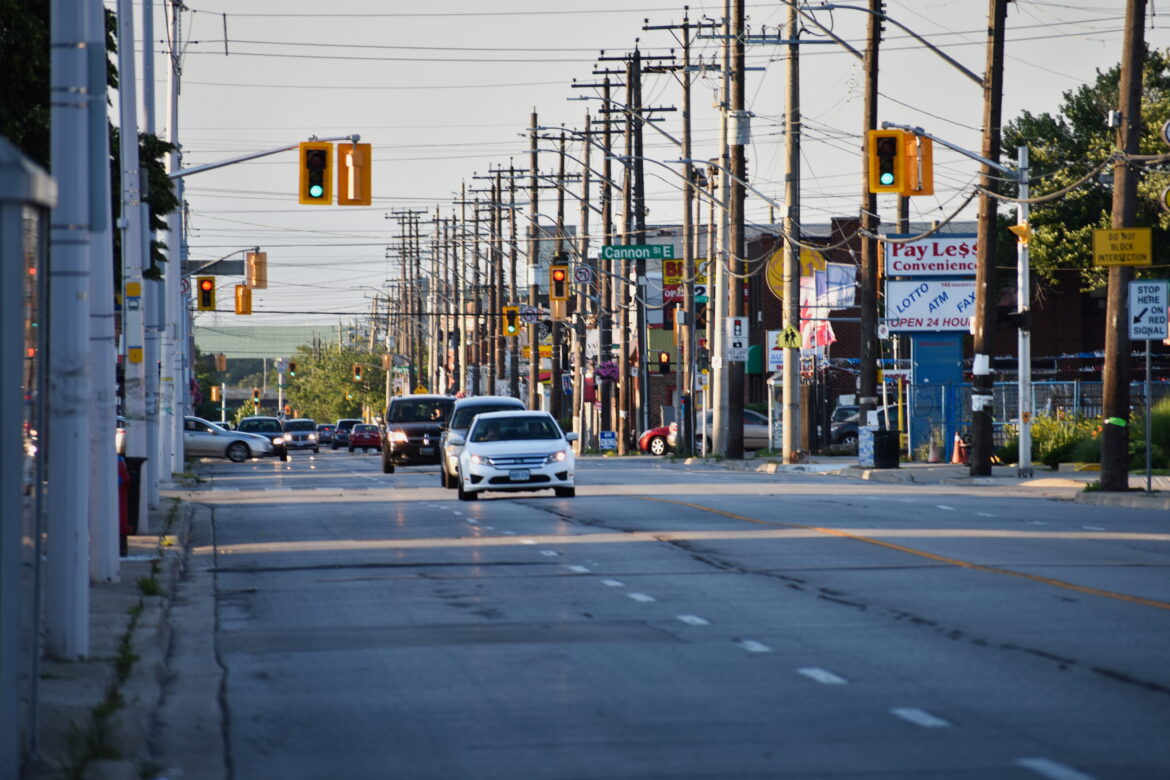 Despite scoring as the most dangerous stretch of road surveyed, Hamilton City Hall says it will not install a automated speed enforcement photo radar device on John Street North near Barton Street because of “roadway geometrics and on-street parking”.
The City’s Transportation Operations division reviewed 57 locations for possible installation of the cameras as part of the expansion of the City’s photo radar program.
Of the 57 locations, John Street North near Barton Street had the highest score for public safety concern, exceeding the second worst location by a noteworthy gap.
Of the top 10 locations with the most concerning scores, only half qualify for speed cameras.
Sanford Avenue North alongside Cathy Weaver Elementary School was the fourth highest ranking location reviewed, City staff state the presence of a school zone flasher means a speed camera cannot be installed at this location.
Cameras cannot be installed on Mohawk Road in front of Our Lady of Lourdes Elementary School, nor on Highway No. 8 in front of St. Francis Xavier Elementary School as the roadways are five lanes.
The use of automated cameras to enforce speed limits in Community Safety Zones began in January 2020 as a one-year pilot with data to be collected during 2020 to inform decision making.
The City’s Transportation Operations division is continuing to review traffic and speed data to determine more locations where the cameras may be installed. The cameras are rotated between locations on a two-week schedule.
In this round of expansion, staff are recommending six new locations:

Council will discuss the report during the Monday, December 7, 2020 Public Works Committee meeting starting at 1:30pm. It is Item 10.4 on the agenda. The meeting will livestream on YouTube.