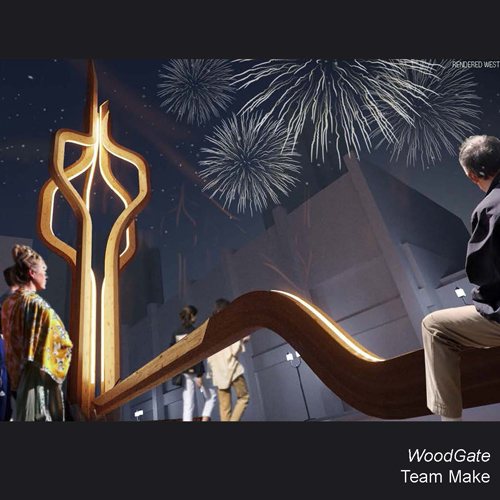 The City of Hamilton announced the selection of “WoodGate” as the winning submission for the King William Street gateway. The structure, which will be placed at the James Street North, will serve both as an art beacon and as a traffic control device to close the street to motor vehicles during street patios and other events.
City Hall appointed a jury to review six shortlisted submissions, and the jury selected WoodGate by Team Make.
“Given its size and dramatic lighting, the proposed work will be impactful both day and night and can easily become a local landmark. The proposed seating adds an interactive component not present in some other proposals”, the jury report states.
Other elements the jury state made this proposal stand out is the use of engineered wood to create a “welcome connection to nature”. This proposal was also the most popular during the public feedback phase.
“Installation is anticipated for the summer of 2021.”